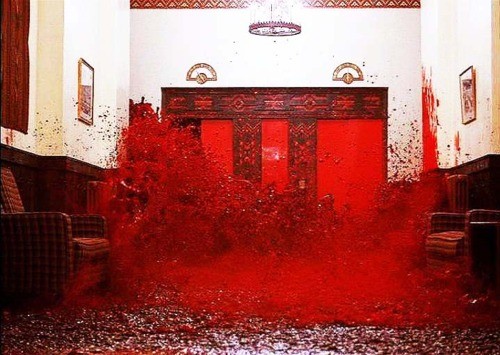 Carol Queen:  As I learned while helping my partner Dr. Robert study for his exams, any unexplained bleeding must be explained. Perhaps, “I rarely take that body part out for a spin anymore” is explanation enough. But that’s only common post-menopause, when the vaginal walls thin—and even then, not everyone experiences it, especially if they do hormone replacement therapy. I would want to rule out any other cause of this bleeding regardless of your age, but especially since you’re a younger woman. It sounds like your gynecologist hasn’t expressed concern, but if items other than a hard-edged speculum—presumably softer, rounder things like dildos or whatever you use—always elicit bleeding, your gyno might want to do some tests.

As I mentioned, thinning or some other change in the vaginal walls can cause bleeding, or the source can be the uterus or cervix. Some STDs can cause bleeding, including chlamydia, gonorrhea, and trichomoniasis, and so can fibroids, endometriosis, and polyps or other growths. Your doctor will want to rule out cervical cancer as well. Doctors can only factor in the information you provide them, so speak up and tell them about the timeframe of the bleeding and the context of penetration, when you notice it. That may make a difference in their ability to diagnose you. If the doctor appears at all judgmental about your masturbation practices, tell her or him that they seem to be losing their clinical distance, then see if you can find a more sex-positive health-care provider.

Got a sex or relationship question you need answered? Submit it here!

Getting Kinky After Fifty