Everything You Need To Know About The IUD 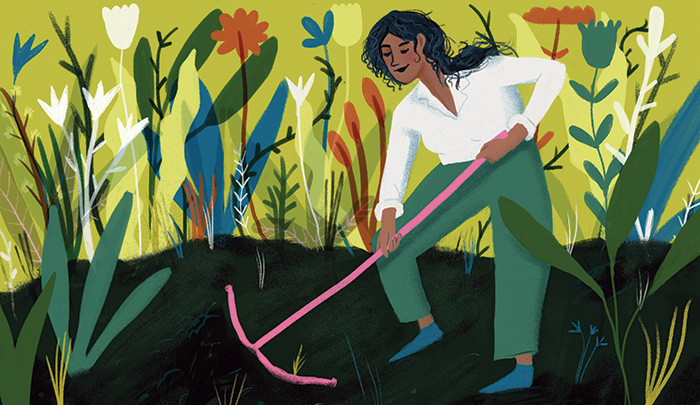 Everything You Need To Know About The IUD

Plenty of pregnancy-preventing people have been washing down daily birth control since the ’60s. But a 21st-century makeover of an older, easier method has recently been giving The Pill a run for its money. The IUD—also known as an Intrauterine Device—is an inch-long T-shaped gadget that is inserted into the uterus by a doctor, sans surgery, and can prevent pregnancy for years. That’s probably why the number of people using the device has quadrupled since 2002.

In the States, there are two types of IUDs, copper and hormonal. The copper IUD is now sold under the name ParaGard, and it stops pregnancy by leaching copper ions into the uterine environment, making the whole area toxic to sperm. ParaGard can also be used as emergency birth control if you pop it in within five days of having unprotected sex. Plus, it can last up to 12 years, and it’s hormone-free.

Hormonal IUDs interfere with sperm in a similar way, but they also release low levels of progestin, a synthetic progesterone that thickens cervical mucus to add an extra barrier between sperm and egg. The Skyla hormonal IUD works for up to three years, and Mirena works up to five.

What makes the IUD ah-mazing is that it doesn’t require the same muss and fuss of other types of BC. You don’t have to remember pills, get shots or rings, worry about condoms breaking, or deal with cranky pharmacists. After your IUD has been inserted, your regular trips to the OGBYN are enough. In the shower, you can check to make sure it’s in place by slipping a (clean) finger inside and feeling for the string. Sometimes it can take a moment, but if you can’t find it, or if you feel the hard tip of the IUD, visit your health care provider for an adjustment. The best time to check your IUD is after your period finishes, because any movement that could happen would happen then.

IUDs don’t affect breastfeeding and can be put in right after giving birth or having an abortion. There are no fertility issues after getting it removed either, and for those using the hormonal type, periods usually become lighter and cramps lessen (some women no longer get periods at all!). The ParaGard starts working right away, but the hormonal IUDs can take a week before they’re effective, depending on where you are in your menstrual cycle.

The biggest hurdle with the IUD is that it isn’t cheap at first. Depending on where you live and your type of insurance, it can cost anywhere from $0 to $1000 for the whole shebang, which includes getting it inserted. Check in with your insurance provider and your local Planned Parenthood before taking the plunge, because in some cases, PP is able to provide IUDs for F.R.E.E.

As a scatterbrain with a busy day-to-day life, the IUD has been a great, cost-effective birth-control option for me. I’m not gonna lie; getting it inserted can hurt, especially if you’re under 30 and/or you haven’t gone through childbirth. But just take deep breaths and think about how much great, pregnancy-free sex you’re gonna be having soon.

When Do I Have "The Sex Talk" With My Sons?

How Do I Tell My New Boyfriend That Sex Hurts?