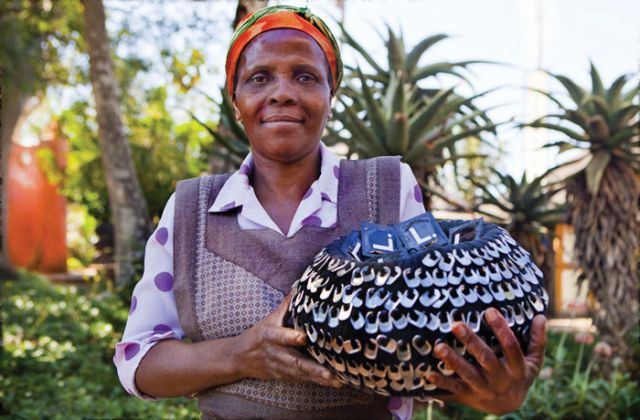 The experience of purchasing condoms has long been geared toward men—just take a stroll down any pharmacy aisle and check out the garish boxes and butch brand names, like Trojan. But as more women take control of their sexual health and well-being, condoms are beginning to offer more than just different latex flavors. Enter the new crop of condom companies run by women. Talia Frenkel, a photojournalist, started L. Condoms (thisisl.com) after working for the Red Cross and seeing women suffering from the consequences of unsafe sex. In addition to offering condom delivery in major cities, for each rubber purchased, L. distributes another to an area in the developing world with high rates of HIV/AIDS. And Frenkel isn’t the only woman making a name for herself in the safe-sex market. Those worried about labor issues should check out Sustain condoms (sustaincondoms.com), co-founded by NYU Stern grad Meika Hollender. They’re made out of non-toxic latex and produced in a fair-trade, fair-wage rubber plantation in India. And 10 percent of each condom sale goes toward non-profits that fund women’s reproductive and family-planning care. If you want to smash gender stereotypes and promote self-love, try out Lovability condoms (lovabilitycondoms.com), launched by Tiffany Gaines and her mother Pam. Lovability’s beautiful packaging, dedication to de-stigmatization of condom use, and mission to reduce the rate of STDs in women, make this company a no-brainer, protection-wise. So no matter which brand you pick, you can rest assured that the women behind this new breed of condoms have got you, and your partner, covered.

Photo by: L. Condoms for Delivery