Life Along the Borderline: A Tribute to Nico 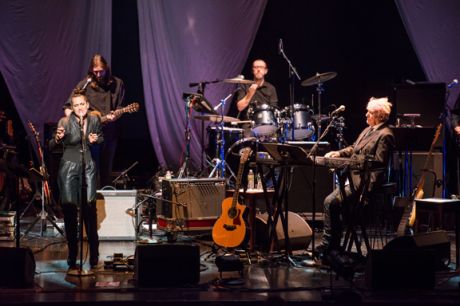 The main Nico event that took place this week was Wednesday night at one of NYC’s coolest and most classic venues, BAM (Brooklyn Academy of Music). When Past And Future Collide - Life Along The Borderline: A Tribute To Nico curated by John Cale. Cale was, of course, a member of The Velvet Underground who knew and worked with Nico producing several of her albums. On The Velvet Underground and Nico and Chelsea Girl, Nico was accompanied by various established musicians. Soon after Nico learned to play the harmonium, an indian pump organ, and was told by Jim Morrison to write down her dreams for lyrics. This gave her new artistic license and allowed her to compose her European Gothic (not Goth!), childlike songs. This uniquely romantic tone lent itself to the powerful, dramatic vibe of the night.

Mr. Cale first did this tribute in 2008 in Europe with a different cast of guest musicians on board. The 2013 US version included some interesting choices with some performers faring better than others. Opening the show with bassist/vocalist Meshell Ndegeocello, a pink and white coiffed Cale, along with various members of the Wordless Music Orchestra, chose one of Nico’s most beloved and melodic numbers, ‘Frozen Warnings’ from her classic album The Marble Index. Next up, Kim Gordon of Sonic Youth performed ‘It Was A Pleasure Then’ from Chelsea Girl, which sadly did not translate well. It seemed like her guitar was not plugged in, and in general it was a bit of a mess.

Fortunately things picked up after that when Peaches came on to perform one of the two German songs, ‘Mutterlein.’ Miss Peaches came back a little later in the evening wearing a very cool Nicoesque caftan and performing ‘Abscheid’ both from Desertshore. Other performers included the lovingly morose Stephen Merritt (‘No One Is There’), indie songstress Sharon Van Etten (‘The Falconer’) on which she flat out did a Nico karaoke imitation, Yeasayer who seemed out of place, and Mercury Rev (‘Evening Of Light’) who were adequate but nothing special.

Mr. Cale and Peaches aside, the best performances came from The Afghan Wigs’ Greg Dulli (‘Roses In The Snow’ and ‘Win A Few’), whose deep raspy voice added a smokey, sexy edge to the songs and The Kills’ Alison Mosshart who tore it up on two tracks from Camera Obscura, ‘Tananore’ and ‘Fearfully In Danger’ giving the evening a needed kick in the ass. However the one who really stole the show was Joan Wasser aka Joan As Police Woman. Ms. Wasser played and sang the dance song ‘My Heart Is Empty’ as an intimate piano ballad that recalled not only Nico’s harmonium based material as well as the late Laura Nyro. Joan’s outstanding vocal prowess was also display on a song Nico wrote for her son,‘Ari’s Song.’ Ms. Wasser left the audience hollering for more. The finale brought everyone back out on stage while John Cale lead the evening’s final song ‘Sixty Forty’ off of Drama of Exile. As a huge Nico fan, I’m thrilled to see that she’s finally getting her due. My hope is that Mr. Cale will put together another one of these concerts again and include some peeps that might be more on it like Siouxsie, Anna Domino, and Jarboe of Swans. Or folks like Lisa Gerrard and Mark Lanegan from the ’08 Tribute and newbies like Tammy Faye Starlight, Antony & The Johnsons, Rykarda Parasol and Zola Jesus. Whoever may be performing Nico’s songs it’s about time that they’re finally being heard. 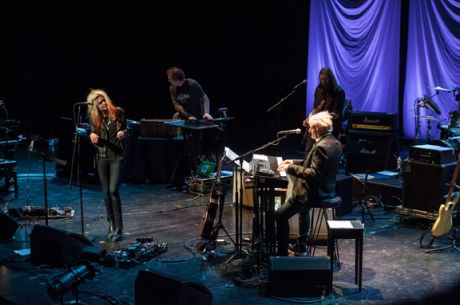 Allison Mosshart of The Kills performing with John Cale 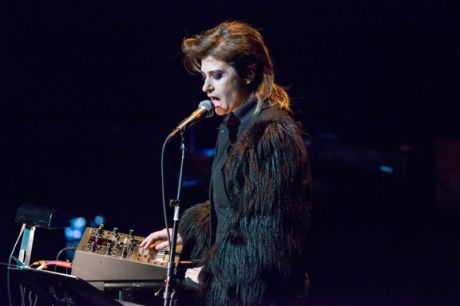