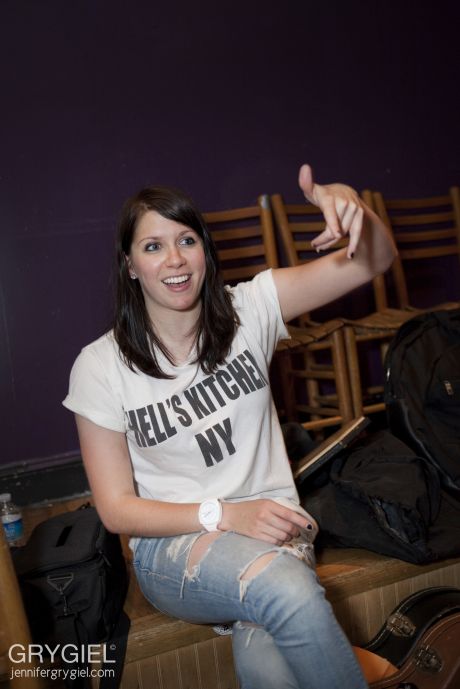 K. Flay (aka Kristine Flaherty) has built a reputation not only as an up-and-coming independent hip-hop artist, but also as an unflappable interviewee. Before her show at Boston venue T.T. the Bear’s Place on July 11th, we had a chance to sit down with K. Flay to discuss Bay Area hip-hop, Gavin Rossdale, and to play an unusual game of “Would You Rather.”

By Jen Grygiel and Andrea O’Meara

Andrea: So you’ve played here before? Who are the people who come to your shows?

K. Flay: I mean, generally speaking, my crowd is like 18 to 34. I think the last time we played was in February or something. It was on Valentine’s Day, I think. It was so romantic. It was definitely a lot of college kids, but also a lot of twenty-somethings who seemed like they just worked here or lived here. I don’t know what it’s going to be like tonight, because school’s not in session.

A: There’s a large hipster contingent.

K. Flay: It was kind of like that…hipsters and nerds, a few bros mixed in.

Jen: Well, I’m sure it will be good tonight.

A: So, I read somewhere that you said your celebrity crush is Gavin Rossdale.

A: Oh yeah, my whole wall was wallpapered with shirtless pictures of him and the Rolling Stone cover.

K. Flay: I know, that was the cover, man. Well, that happened because of my cousin, who was older than me. I was a little young to be super obsessed with Gavin Rossdale because it was ‘95 or something and I was, like, 10. But, my cousin loved Gavin Rossdale, and I thought she was cool, so I was like “Ooh, he’s so cute!” So he was, like, my first crush. I don’t know—he still looks really good.

A: I don’t know, I think he looks a little sleazy now; I don’t like that back ponytail he’s got goin’ on—the back bun.

A: Do you think that being in California had something to do with your starting to play music?

K. Flay: Definitely, yeah. Because when I got to the Bay Area it was like the local hyphy scene—I don’t know if you guys are familiar with hyphy music or not.

K. Flay: Like E-40, Mistah F.A.B., Keak da Sneak. It’s very local, but it was insane in the Bay Area. It was, like, the only thing on the radio, so you’d listen to this hyper local scene that was going on--a lot of just California independent hip-hop that I didn’t know about. I think that had an influence on me. But, I don’t know, it’s weird to think how your life could have turned out different. I wasn’t even necessarily part of the scene out there; every scene is so welcoming and weird. 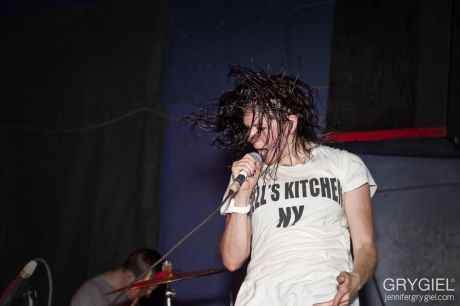 A: So obviously you put out albums and tour around, but what do you do when you’re not doing those two things?

A: Oh, me too—what are you reading?

A: By Orson Scott Card.

A: I’m going to ruin the ending for you.

K. Flay: I posted online that I’m reading it and was like “Shit, someone’s going to say something.” It’s been pretty busy between recording and working on random stuff, or going to other shows. I like going to live shows.

A: It must be really gratifying when you get a full house of people.

K. Flay: Yeah, I’m honestly always surprised and shocked that anyone would show up, kind of. We played a show recently in Little Rock, Arkansas, where I’ve never been; I don’t even know what the population of Little Rock is. It was small—we didn’t have a lot of people there, like 20, but I couldn’t believe that anyone showed up. It’s awesome. It’s a really good feeling building it in San Francisco and watching it grow--and there were some cool people at the show!

A: Not just moms?

A: I can guarantee that my mother has no idea what those are.

K. Flay: My mom is really stylish; she has awesome fashion sense. You should make sure you leave that in the interview, because she’ll read it. 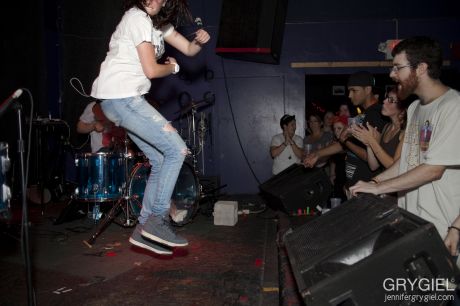 A: So how do you like being on tour? It’s crazy, right?

K. Flay: I do like it a lot. It has its own rhythm. I think getting into it is a bit difficult for me sometimes, but I enjoy being on the road. I love playing shows, so it seems like it’s worth it in the end; every night has something to offer. The only thing that’s a little rough--though I’m kinda past it now--is the dirtiness of it. Especially in the summer when it’s been really hot and I’ve played some grimy-ass shows. I look like I’ve been dumped in a swimming pool for probably a good 25% of the shows.

J: We’ll have to take some more photos at the end of the show, like a before and after.

K. Flay: People come up to buy t-shirts and shit and I look horrible. But touring is cool. I cut my chin last night, but it’s all worth it. I actually think the most important things are the people you travel with and the environment and energy you create—making sure it’s positive.

A: So, I think Jen has some practical questions she wants to ask you.

K. Flay: OK. I don’t even understand what this is going to be like.

J: I know that personally, I’m sick and tired of questions like, “Who are your musical influences?”

A: Gavin Rossdale is the answer, so we already have it [laughter].

J: So, what do you think are your greatest strengths and weaknesses? You probably haven’t been asked that in a while.

K. Flay: Hmm. Probably my greatest strength is my work ethic. I’m good at pushing through a wall of obstacles. My greatest weakness…Well, I have a lot of weaknesses. Probably my inclination to control a situation. And also, I think I can be really harsh on everyone, myself included. I often have really high standards that are perhaps a little bit not based in reality and that can be bad. What else is wrong with me? I think being controlling is the main thing. Music has been good, because it’s helped me with that. I can be a little bossy at times.

J: Where do you see yourself in 5 years?

K. Flay: Hmm 5 years… You know, I could weirdly be a teacher or something, not doing music. I’d still like to be doing something with music in some capacity, but I don’t know if I’ll be hardcore touring or doing more production stuff. Probably starting to, not settle down, but not be as crazy. Not that I’m so crazy. 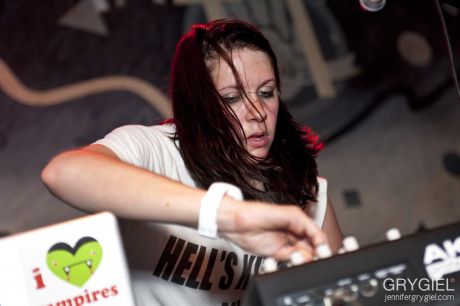 J: We were hoping you could tell us something really juicy that you haven’t told anyone before.

K. Flay: Hmm, what would be juicy? This is a hard one. OK, this is really weird and not that juicy, but when I was in 6th grade I started wearing shorts over my pants. I don’t know why. I think because I honestly thought it looked good, like I looked around and was like “Fuck yeah, man.” That was also when I stopped giving a shit about anything. I’m not kidding—it was that shorts/pants thing that was really a foundational moment in my life. That’s not juicy, but it’s mildly interesting.

J: So I think we just wanted to end with a short game of “Would You Rather.”

A: Would you rather be Tom Cruise’s next wife, or John Travolta’s next masseuse?

K. Flay: John Travolta is a disgusting-looking man. Tom Cruise is crazy, but John Travolta’s like positively criminal. I’ll take some money, have a cute kid, walk around.

A: Yeah, you could do worse. Would you rather have a penis on your forehead, or a vagina on your hand?

K. Flay: Vagina on my hand; you could wear a glove.

A: But then you’d always be that person wearing a glove all the time.

K. Flay: But otherwise you’d have a penis on your head, you can’t hide that. 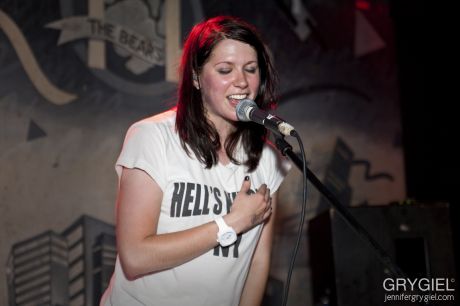 A: Would you rather spend 24 hours with Bono, or have to sniff Keith Richards’ underwear?

A: That guy’s the worst!

K. Flay: What do you mean, the glasses?

A: Something about the cadence of his voice I don’t like.

K. Flay: If I hung out with Bono I’d be on a plane, eating sushi. I feel like I seem very materialistic in these responses. Yeah I’d kick it with Bono, plus Keith Richards is an old dude now so, you know.