The Rock the Bells Festival has become one of music’s biggest and hottest tickets, evolving from SoCal hip-hop showcase to sold-out international tour. The festival is famous for bringing together some of the biggest names in hip-hop (the first Rock the Bells Festival in 2004 featured a reunited Wu-Tang Clan), and this year’s tour is no exception. What is exceptional, though, is that two of the headlining acts are female artists. Lauryn Hill and Erykah Badu are the only females performing this year, which might seem typical in the traditionally male-saturated hip-hop scene; but many of the genre’s fans know that women have made rich and lasting contributions to the music, and, as such, both women receive top billing alongside Nas (with Badu only appearing in select cities).

In keeping with the recent trend of artists performing seminal albums in their entirety, Hill will be performing  her Grammy award-winning 1998 album The Miseducation of Lauryn Hill, and Badu will revisit her 1997 neo-soul landmark Baduizm. Both albums were critically acclaimed, earning recognition for their refreshing fusion of musical genres and the unique lyrical storytelling of their respective vocalists. 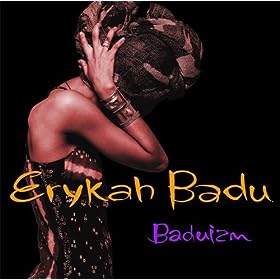 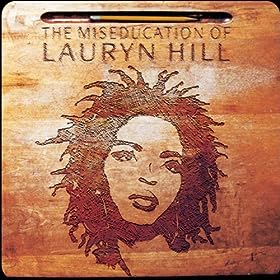 Hill returned to the stage last year after a hiatus which included the birth of the former actress/Fugees member's sixth child. Badu has kept busy in the years since Baduizm as a singer, actor, model, mother, producer, and activist. With their addition to the Rock the Bells series, both women prove that their music is as relevant now as it ever was, and will no doubt influence and encourage the next generation of women in hip-hop.

Rock the Bells hits Governor’s Island in New York this Saturday, September 3rd. General admission tickets are $99, and VIP tickets $199. You can view the full (insanely sick) lineup and future dates at rockthebells.net. In the meantime, you can hear Lauryn Hill discuss The Miseducation of Lauryn Hill for Reebok Classics & Rock the Bells.

Photo: Erykah Badu being a Bad-ass in Atlanta, GA in 2010 courtesy of erykah-badu.com

Tags: hip-hop , Lauryn Hill , rock the bells , erykah badu , the miseducation of lauryn hill , baduizm , bad-ass vocalists
Support Feminist Media!
During these troubling political times, independent feminist media is more vital than ever. If our bold, uncensored reporting on women’s issues is important to you, please consider making a donation of $5, $25, $50, or whatever you can afford, to protect and sustain BUST.com.
Thanks so much—we can’t spell BUST without U.