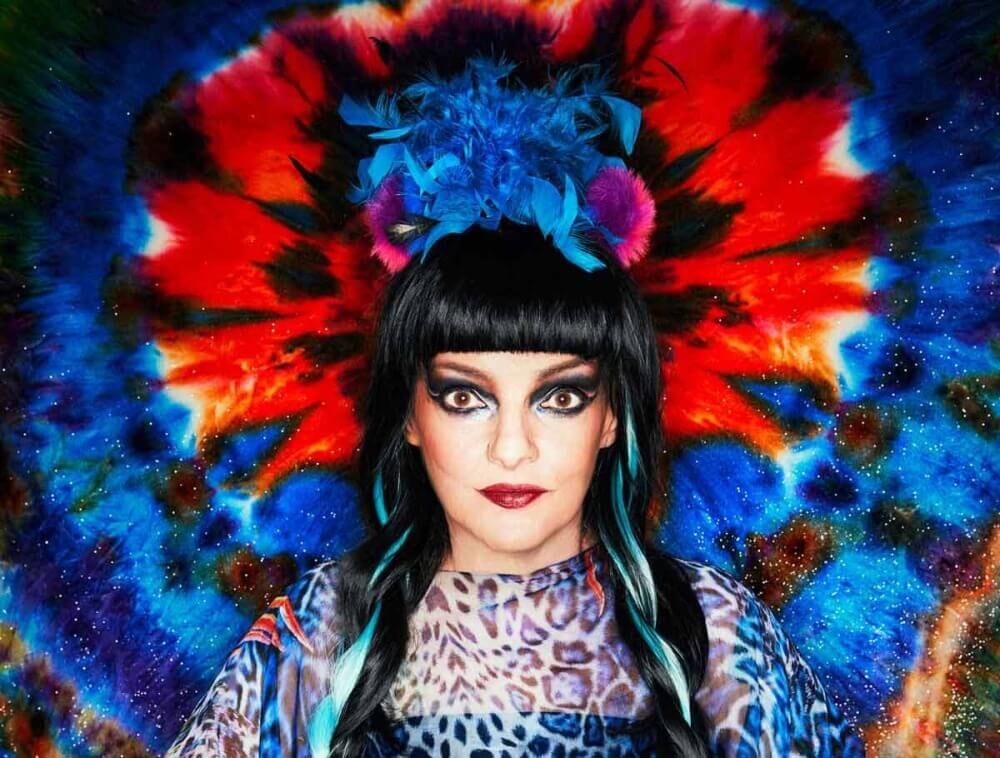 Nina Hagen first rose to fame as an actor and musical theatre performer in East Germany in the early 1970s and by mid decade, made her way to freedom in West Germany. Hagen was trained in the Weimar cabaret tradition of Brecht and Weil, and was an opera prodigy, who grew up a fan of Folk, Psychedelic, and Glam Rock. Visiting Punk-era England and hanging out with bands like The Slits and Sex Pistols influenced Nina greatly. She returned to Germany and formed the Nina Hagen Band in 1977

Nina created an over the top visual look with her ever changing hair color, which she was the first to popularize, and her 'everything but the kitchen sink' dress sense and extreme make up. Which everyone from Cyndi Lauper and Madonna to Nicki Minaj and Lady Gaga, and just about any present day Drag artist you can name, have coopted and claimed as their own invention. Not so. Nina did it all first. Her vocal style was the most unorthodox since Yoko Ono and she could sound like a Demon one minute, and Opera icon Maria Callas the next with every other sound imaginable in between. Hagen has incorporated just about every musical genre there is into her repertoire. As a staunch activist, the subject matter of her songs has ranged from railing against world wide injustice, African female genital mutilation, New Age spiritual beliefs, and even UFOs. The later which she witnessed on a beach in L.A. when pregnant with her daughter Cosma Shiva Hagen. Not to mention a love song or two. Nina is as radical and limitless as they come. Everything young people are expressing presently Nina has been living for five decades. She is a leader in a world of followers.

After an eleven year hiatus Nina is about to release a new album, Unity, and a new single “United Women Of The World.” This song is an appeal to women worldwide to join together, be loud, celebrate themselves, and fight for their rights with dignity, resilience, and not to take any bullshit from anyone. This new song is a catchy, danceable, Reggae, Punk anthem. Nina’s old friend, the incomparable Lene Lovich, contributes vocals on this track as well as German born singer Liz Mitchell of the British vocal group Boney M. The accompanying video features a diverse representation of both cis gender females as well as those who identity as fluid and undefined. This is a stellar return for a truly gifted and unique artist. New generations will now get the opportunity to find out what many have know for years: Only one person dares to be Nina Hagen!

Need a refresher on Nina's brilliance? here are some classics:
Naturträne