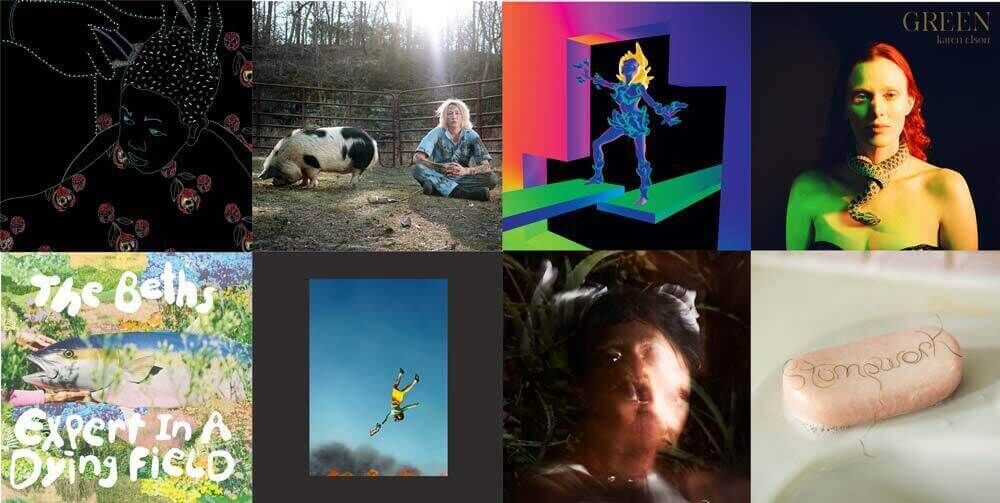 Fall is almost at its last breath, which means winter is just around the corner. With winter approaching, is it coming down to your last chance to switch up your fall playlist. But don’t worry, darling; there’s still time to embrace the last bit of fall before the inevitable Christmas music. BUST has made it easy for you with the BUST Magazine Fall 22 Playlist already ready and available. The playlist is a compilation of selected singles from new album releases to put you in the mood for rainy days and cozy times. Here’s our take on what to listen to this fall. 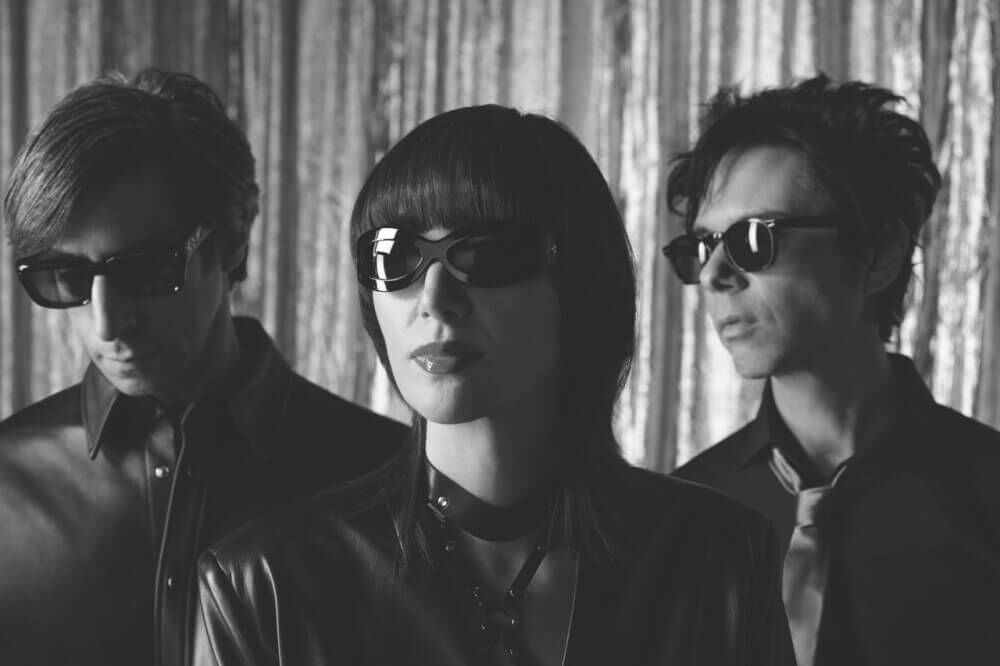 Cool It Down
(Secretly Canadian)

Nearly a decade-long hiatus didn’t stop the Yeah Yeah Yeahs from bringing their all to Cool It Down. The project brings us everything we’ve come to know and love about the group, with some obvious evolution. The first single, “Spitting Off the Edge of the World,” reintroduces the beautifully haunting vocals of Karen O, mixed with the coos of Perfume Genius. Other standouts, like “Lovebomb,” are breathy and erotic, while “Wolf” delivers bouncy synths for what is destined to appear on a movie soundtrack. The energy ramps up for “Fleez” and “Burning,” but then chills back down for “Blacktop” and picks back up for “Different Today.” The project ends with pure poetry (literally) on “Mars.” Despite having only eight tracks, Cool It Down brings a deeply layered experience, joining together new and forever fans. Transcending place, space, and time as always, Yeah Yeah Yeahs have yet another hit on their hands. – Kathy Iandoli

Experimental composer and ambient artist Kaitlyn Aurelia Smith is known for imaginative synthesizer-driven soundscapes, but this release may be her most emboldened yet. She single-handedly recorded it at her home studio over a few months as a way to explore and process feelings about these uncertain times. As the album title suggests, KAS used her tools and ingenuity to channel those emotions into elaborate layered arrangements. On “Is It Me or Is It You?” her processed vocals soothe over each unexpected twist while the song boisterously builds up before droning off. “Pivot Signal” combines neoclassical nods with pops of pop. It’s an album that’s complex, creative, and beyond classification, much like the artist herself. – Cindy Yogmas 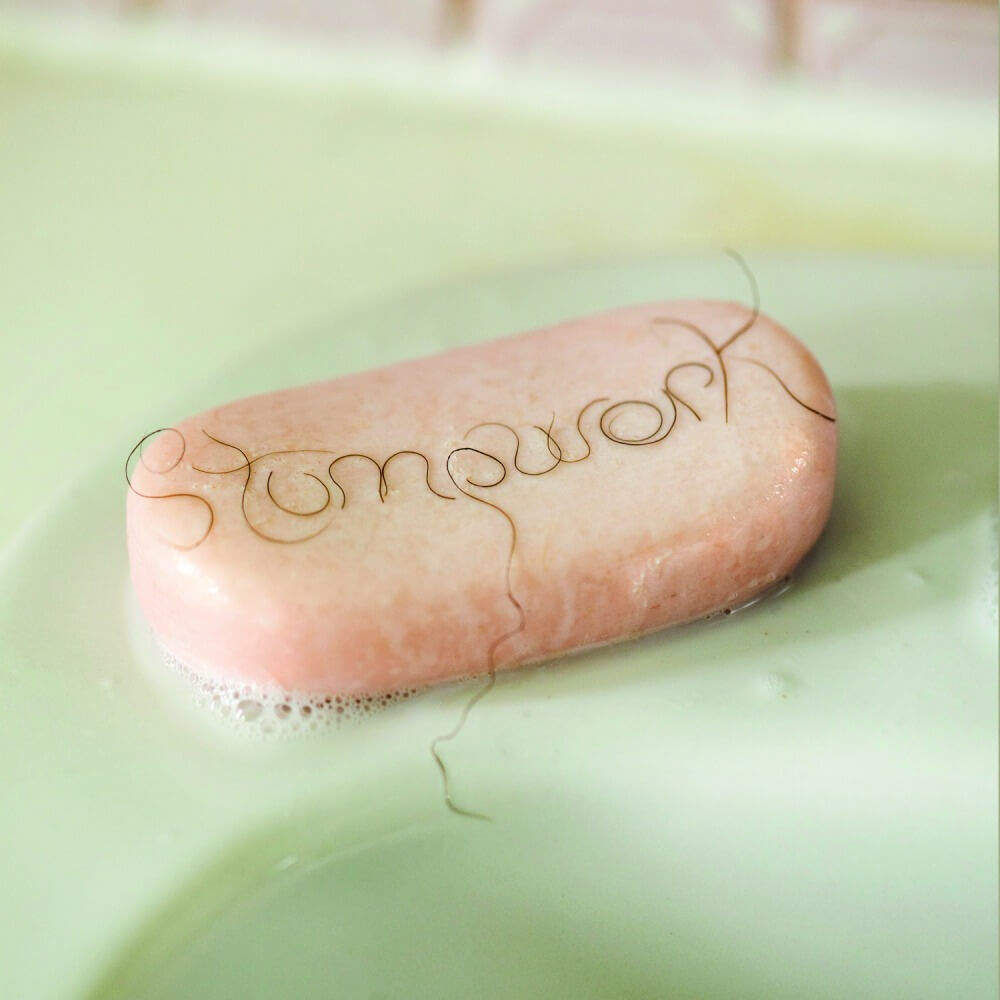 After their debut album New Long Leg landed them on many 2021 top-10 lists, Dry Cleaning is back with Stumpwork. The London-based four-piece returned to Wales to record the album with producer John Parish and engineer Joe Jones, where they found freedom to expand sonically, incorporating prog, psych, and a bouncier, groovier pop sound. Inspired by themes like calamitous politics and the loss of loved ones over the past year, the album showcases their surrealist lyrics, now paired with a warmth and sensitivity. Fervent pop anthems weave jangly guitar, familiar driving bass, and a flavor of existential disparity through softer, dreamier tracks (“Kwenchy Kups,” “Gary Ashby”) and the post-punk sounds we fell for first (“Don’t Press Me”).
–Carlee McManus

For their third album, the Bobby Leesreturn with a vehemently noisy axe to grind and an ever-expanding DIY sound. The imaginative quartet leans heavily into experimental grit on this one, slyly softening their reckless blows with borderline ballads and well-timed toe taps, all fused together with punk-forward playfulness. Tracks are conceptually heady, with an overarching theme of mental health (the album’s title is a nod to both the famed N.Y.C. mental hospital and to vocalist/guitarist Sam Quartin’s state of mind at the time of writing). Melodically uncontainable, Bellevue is stark, sinuous, and delightfully discombobulating throughout. – Rachel Reed 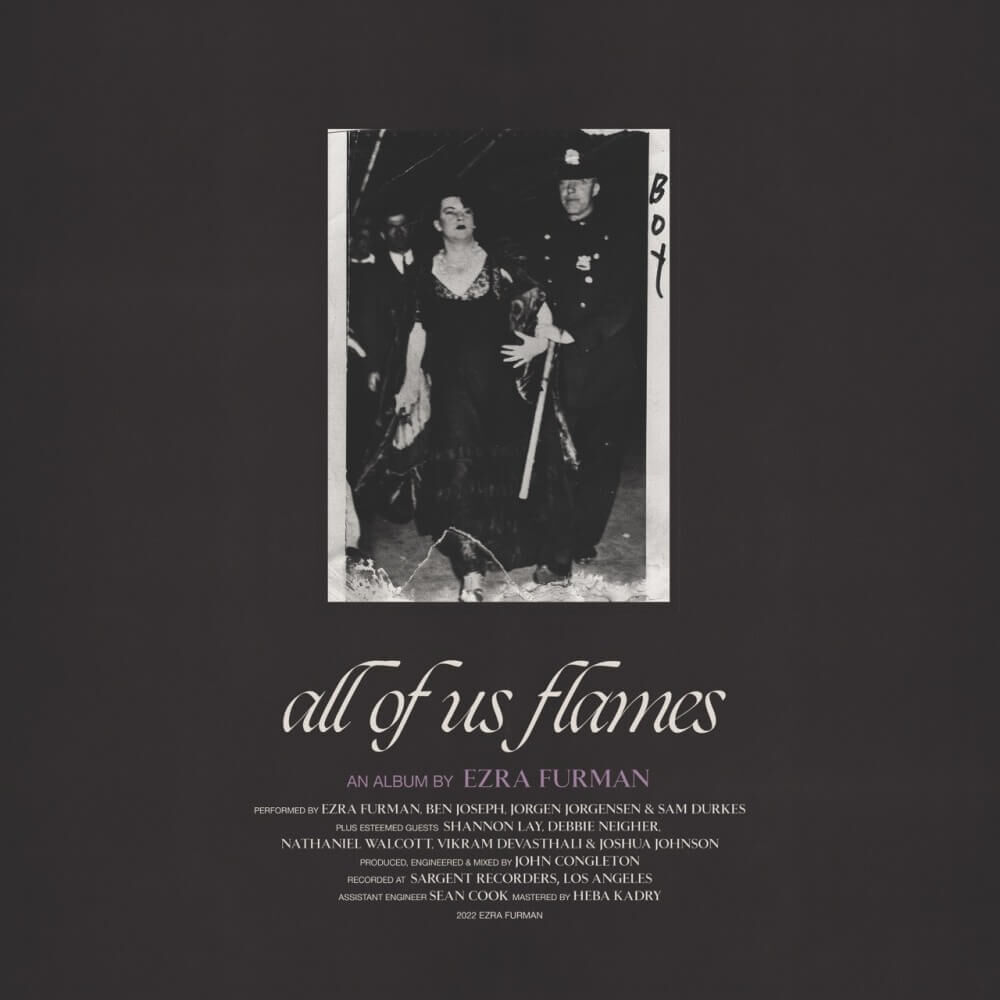 All of Us Flames
(ANTI-)

On All of Us Flames, Ezra Furman revisits lonely terrain and cries out for the brokenhearted. Fiery, full throttle, and bound by atmospheric connections, the Chicago singer/songwriter draws us in through streams of consciousness, gentleness, mosh-worthy riffs, and an elegant desecration of the world’s decided stage. The final work of a trilogy, Furman calls it “a queer album” for when “you start to understand you arenot a lone wolf, but part of a larger whole.” Raging with inner light and cruising into eternal dusk, Furman cuts herself fully loose, leaving a drop of deep red blood on every incandescent track. – Rachel Reed

Expert in a Dying Field
(Carpark)

The endearingly brash-but-melodic New Zealand indie power-pop rockers the Beths provide listening comfort and joy on their third full-length. Recorded at guitarist Jonathan Pearce’s Auckland studio, further patched together remotely in quarantine, and ultimately finished in L.A., Expert in a Dying Field pairs joy with well-executed sonic chaos. Vocalist/guitarist Elizabeth Stokes shares the impact of an array of relationships, picking them apart and underlining the maddening symptoms that stress and anxiety unleash. Stokes’ vulnerably relatable writing never seems too heavy, though, and is securely cradled in the capable arms of catharsis-amped, scuzzed-up guitar rock. This is one that will help get you through to the other side. – Erin Wolf 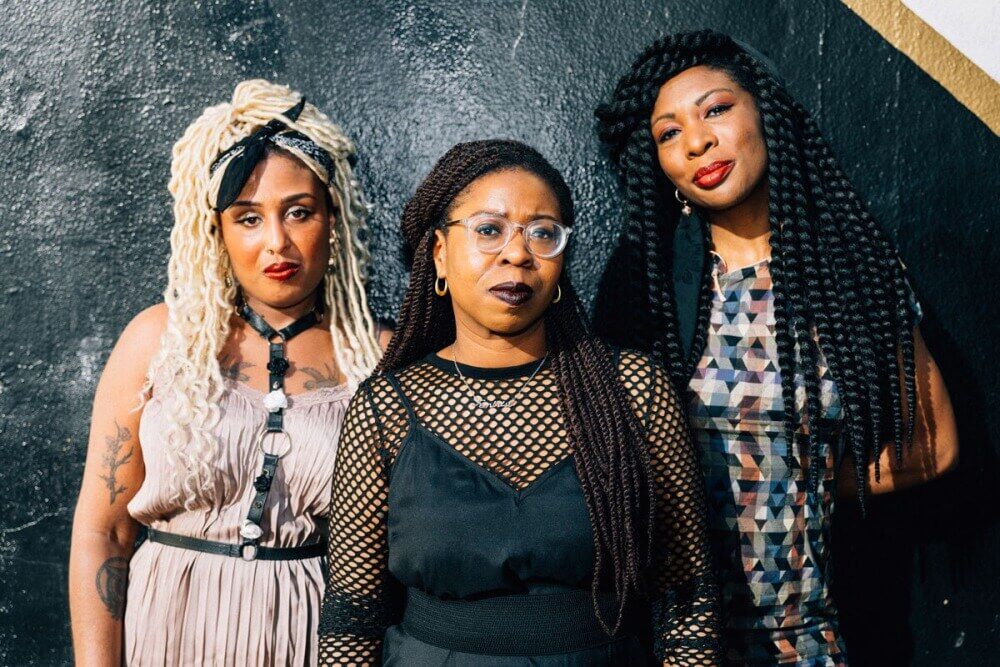 On Back Home, Black feminist punk band Big Joanie delivers heartfelt DIY songs with a heavily nostalgic ’90s sound. “In My Arms” showcases the London-based trio’s seamless harmonies and tight musicianship with an infectious groove reminiscent of the best indie rock of the post-punk era. Replete with synths and swooning vocals, the storytelling on songs like “Insecure” and “Today” conjure the emotional introspection of the new romantics; the driving beat on “Sainted” evokes the fast cars and refracted lights of London on a rainy night. Emo for grownups, Big Joanie summons diverse eras and sounds with a unique alchemy all its own. –Camille Collins