Taylor Swift Releases Song Titles for Highly Anticipated Album "Midnights" and Based on the Easter Eggs, We Have A Theory 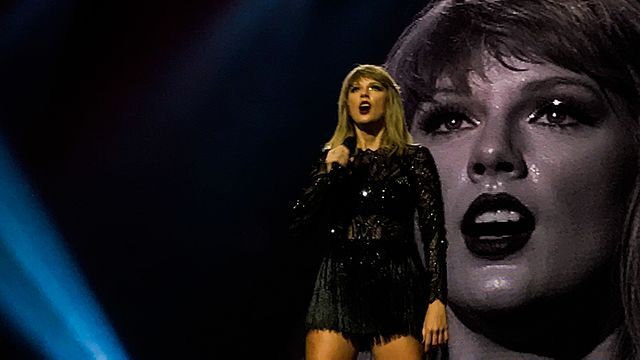 The queen of songwriting is back at it again with a new album, Midnights, and fans are counting down the days until its release. For the first time in two years, Taylor Swift is releasing new music and fans suspect that she will embrace an all-new sound in her upcoming album. Because of the track names, album art, and collaborations with other artists, Swift has led fans to believe that she may embrace a more pop-rock sound in her next album.

When I think of pop-rock, I think of lyrically-light songs driven by strong electric guitars or drums. Pop-rock to me feels like the perfect blend of the mainstream airy, danceable pop sound with a bit of edge. We predict the vibe of Midnights will be reminiscent of Miley Cyrus's latest album Plastic Hearts and Stevie Nicks' solo albums like Trouble In Shangri-La. These are the darker pop-rock vibes that I can picture for Midnights.

THIS is the vibe I predict for midnights.... Taylor Swift rock era?? #Midnights #Swifites pic.twitter.com/iDzzvIQGDY

Swift surprised fans by breaking the news about her 10th studio album Midnights on August 28 at the VMAs during her acceptance speech for her music video for the re-recorded version of her song “All Too Well (10-minute version).” At midnight after the awards, she posted on her Instagram and Twitter platforms that the 13-track album, which will be released on October 21, 2022, will feature “the stories of 13 sleepless nights scattered throughout my life.”

The release of Midnights marks the first release of entirely new music in two years, after a series of re-releases of some of her older albums (Fearless and Red). The singer began the process of re-recording her older albums after "her former record label sold them in a reported $300 million deal." As Swift couldn't obtain any of the rights to her older music that she recorded with Big Machine (as the ownership passed to Scooter Braun, known for discovering Justin Bieber), she decided at Kelly Clarkson's advice to re-record her old albums.

@taylorswift13 just a thought, U should go in & re-record all the songs that U don’t own the masters on exactly how U did them but put brand new art & some kind of incentive so fans will no longer buy the old versions. I’d buy all of the new versions just to prove a point 💁🏼‍♀️

After surprising fans with the announcement of her new album, fans immediately began speculating and searching for Easter Eggs. Swift is famous for leaving clues and puzzles for her fans to solve in her lyrics, music videos, and social media teasers for music that is yet to come out. Some of the really well-known Easter Eggs include the use of John Mayer's first name in "Dear John", using the same caption "not a lot going on at the moment" for two Instagram posts in April and November 2020 hinting at the release of her sister albums, Folklore and Evermore, and so many more.

Swift also started doing something she has never done before: announcing some of the track names for the album on TikTok. In a new series she coined “Midnights Mayhem With Me,” the singer uses an old-fashioned lottery ball machine to randomly select a track number to reveal the name of a song at midnight on various nights. She started the series on September 21, by revealing the name of track number 13, which is “Mastermind.” She then continued to surprise fans every few days at random with new episodes revealing track names, and on October 7, she completed 13 episodes and revealed 13 tracks. The song titles for the album include “Vigilante Shit,” “Question…?”, “Midnight Rain,” "Maroon," "Anti-Hero," "Bejeweled," "Karma," Lavender Haze," "You're On Your Own, Kid," "Labyrinth," "Sweet Nothing," and "Snow On the Beach."

Although she hasn't released any singles, she did release a behind-the-scenes description of "Anti-Hero."

After hearing some of the track names and seeing the cover for the album, a few of my fellow Swifties and I have been theorizing that this album will mark the start of yet another era in Swift’s music.

The versatile musician made her debut in 2006 with her album Taylor Swift, filled with country ballads about growing up. After taking over the CMA with Fearless (2008), Speak Now (2010), and Red (2012), the 11-time Grammy winner switched gears and burst onto the pop music scene with 1989 (2014), Reputation (2017), and Lover (2019). Then, Swift surprised fans once more by embracing the alternative genre with her sister albums Folklore and Evermore (2020).

Although she has covered these various genres, in her nine previous studio albums, she has never released a pop-rock album. Fans think that Swift will enter her rock era with Midnights, and seems to have already hinted at it for fans in several ways, through some obvious and not-so-obvious Easter Eggs. In her TikTok series, she announced that "Snow on the Beach" will feature indie rock singer Lana Del Rey, and this will be their first collab. Because the singers are joining forces, fans believe this is reason enough to suspect that the album will have more of a pop-rock vibe.

It’s a pop-rock song with an instrumental outro. It is described as a mix of “Style” and “Pretty When You Cry”. pic.twitter.com/EEkPWktZhD

The album cover alone is an Easter Egg: it's completely different from her previous albums and definitely has a darker vibe. It features Swift staring at an open flame from a lighter, rocking her signature cat eye, a bob, and blue glittery eye shadow. In addition to the cover, the track names alone suggest that this album will have more of a rebellious feel than others. "Vigilante," "Karma," "Anti-Hero," and "Mastermind" bring to mind badass female characters who get their revenge in movies like Kill Bill, Promising Young Woman, Miss Meadows, and more.

Fans have been posting on Twitter since the album's announcement similar thoughts about this theory.

🚨| Producer Catherine Marks, who has been speculated that she could be a part of Taylor Swift's 'Midnights' album, has followed a Swifties news account on her Instagram after they posted about the rumour!
She makes rock 👀 #MeetMeAtMidnight   #taylorswift pic.twitter.com/GR5D5Mo8BH

T-minus 10 days until Midnights is available to stream. In the meantime, you can buy merch for the album (including special edition vinyl records and more) on her website.