Ibeyi, The French-Cuban Singing Duo Is On Tour Now In Support Of Their 3rd Album, "Spell 31" 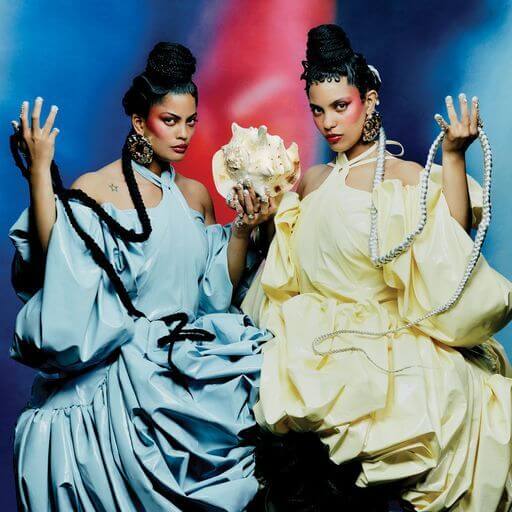 As an incantation against the weary and apathetic state of the world, Ibeyi bewitches with their third studio album, Spell 31. Afro-Cuban-French twins Lisa-Kaindé and Naomi Díaz channel the power of their family legacy by fusing Yoruban rhythms with soul, synth, jazz, and hip-hop.“Sister 2 Sister” offers a warm familiarity by sampling their 2015 single “River.”

Upbeat without being overwhelming, lyrics like “Singing along with Shakira/Washing our souls in the river” are charmingly syncopated to twin heartbeats with some of the more powerful, unabashed vocalizations of the album. The final track, “Los Muertos,” harnesses their Latinx roots with unrelenting chants that speak tothe origins of the album, The Ancient Egyptian Book of the Dead. Death is not simply an end; it is a reflection on living better throughspiritual abundance, healing, and surrendering to the ineffable.  –KELLIE BENSBERGER

Catch the duo on tour in North America this fall. or listen to their album, below.