Watch Sleater-Kinney, Fred Armisen, and Courtney Barnett Get Physical in This Powerful Tribute to Olivia Newton-John 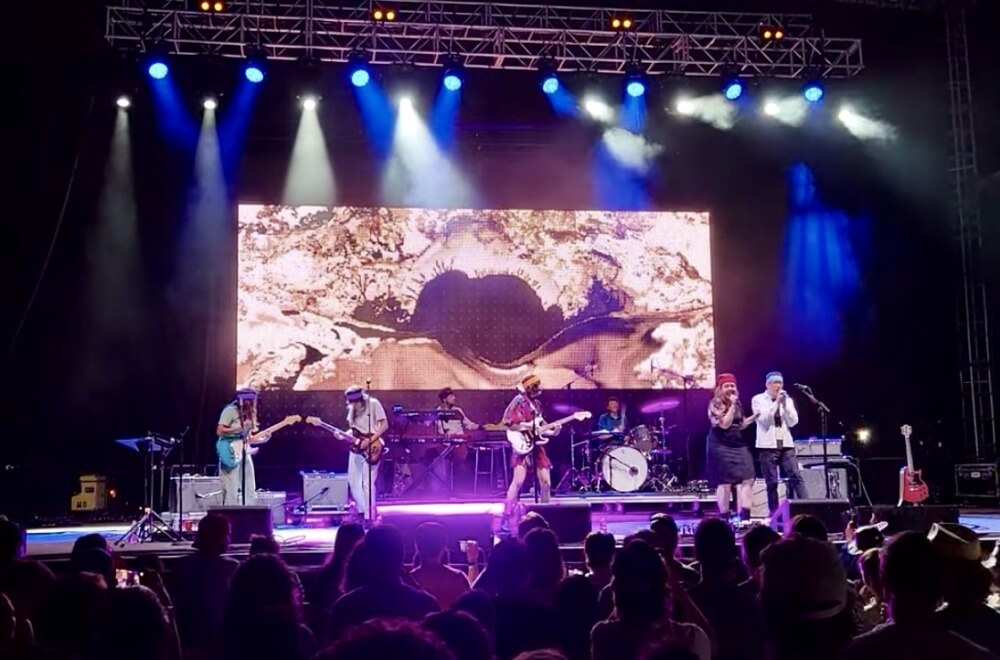 Watching Sleater-Kinney, Courtney Barnett, and Fred Armisen cover Olivia Newton-John’s “Physical” on Saturday night in Oregon was a delightful surprise to conclude a show packed with knockout performances. Curated by Barnett herself, the touring Here & There Festival brought in a wide variety of artists, differing based on the venue location across the country, for an end-of-summer musical extravaganza.

For the closing act, Sleater-Kinney called the other musicians on to the stage for “Physical.” In addition to Sleater-Kinney and Barnett, the Oregon show featured Fred Armisen (known for SNL and his role on Portlandia, in which he starred opposite Carrie Brownstein, a member of Sleater-Kinney) performing his “Standup for Drummers” act live. The musicians donned classic 80s headbands and employed aerobic-style dance moves in commemoration of Olivia Newton-John’s iconic style.

This tender, playful tribute was an unexpected pivot from the punk rock tones of Sleater-Kinney, who emerged from the feminist punk movement Riot Grrrl in Olympia, Washington in the 1990s. However, the audience went along with it eagerly—dancing and singing to the warmly familiar refrain of “Physical” that many of us have grown up hearing.

Courtney Barnett and Sleater-Kinney—which today consists of Brownstein and Corin Tucker, following the departure of Janet Weiss—have a shared history of bold and personal musical exploration. From the Sleater-Kinney cameo in Barnett’s "Elevator Operator” music video to their back-to-back prodigious performances during the Here & There Festival, these three women are a musical powerhouse to be reckoned with.

As musicians and fans everywhere remember Olivia Newton-John’s wide-reaching legacy, The Here & There Festival this summer gave us the precious opportunity to join together in song, honoring Newton-John in perhaps the best way we can: through her music.