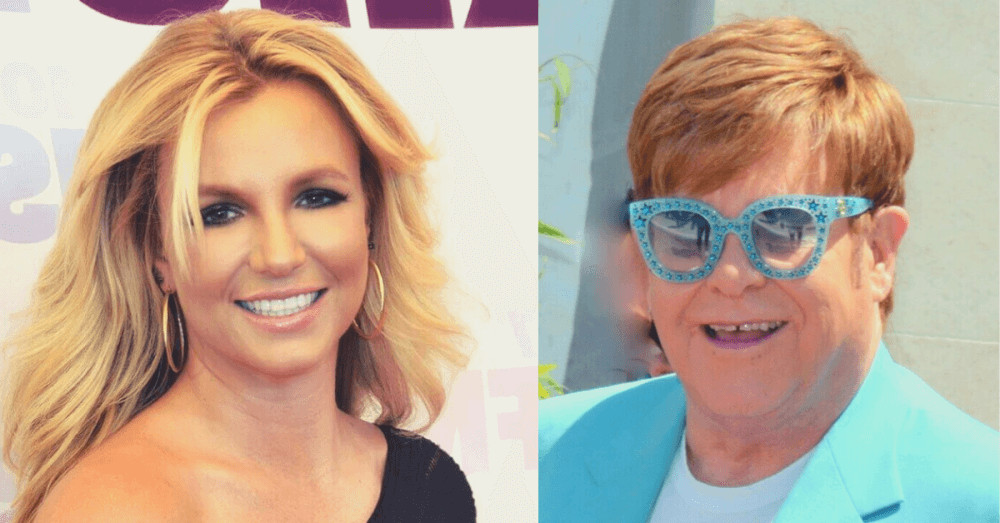 The iconic collaboration we never knew we wanted but absolutely need has finally happened. Grab your heels and get ready to run (not walk) to the club tonight because, Elton John and Britney Spears just dropped a remix of John’s 1971 hit “Tiny Dancer” called “Hold Me Closer”, and it’s time to dance the night away. Check out the video below and get ready to blast off.

This electronic disco remix of John’s classic “Tiny Dancer” marks Spears’ return to music following the end of her 13-year conservatorship that was terminated just last year. Prior to this, her last release was her ninth studio album Glory in 2016. Unlike Spears, John’s latest release was in 2021, and it displayed his affinity for duets. The British icon released a 16-track album comprised solely of duets called The Lockdown Sessions. In recording this album, John collaborated with numerous other high-profile musicians including Dua Lipa, Miley Cyrus, Stevie Nicks, Eddie Vedder, Charlie Puth, Stevie Wonder, and more. Since this release, both singers have hinted at putting out new music sometime soon. According to NME, just last month, in a now-deleted Instagram post, Spears sang a portion of her hit song “Baby One More Time” and posted the video with the caption, “I haven’t shared my voice in an extremely long time … maybe too long.”

John also not-so-subtly hinted at the exciting collaboration with an Instagram post of the updated song title two weeks ago, along with a 14-second snippet of the song on TikTok yesterday.

According to Billboard, along with the addition of Spears’ vocals, “Hold Me Closer” “has been updated with a small clapping pop beat, accompanied by some high-octave synths and a rhythmic guitar, all leading right up to a drop … until the clip cuts itself off.” The new dance-friendly remix of John’s 70’s rock/pop hit is the perfect way to end the summer.

both via wikimedia commons