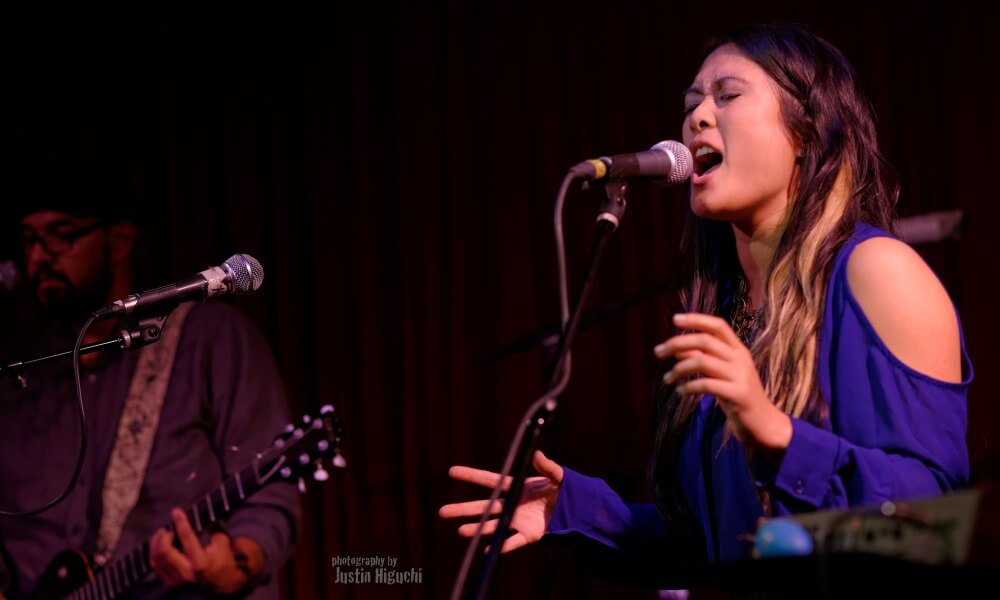 Badass human rights activist and singer-songwriter MILCK has written a pro-choice anthem for the movement to fight for bodily autonomy in the wake of SCOTUS’ recent decision to overrule Roe v. Wade. The pop singer burst onto the scene in 2017 when a video of her singing her original song “Quiet” at the first annual Women’s March in Washington D.C went viral. She wrote the lyrics, “I can’t keep quiet, no I won’t keep quiet” in 2015 with songwriter Adrianne Gonzalez as a way to heal from the sexual assault, domestic violence, and depression she experienced as a teenager. The lyrics about pushing past fear and becoming a “one woman riot” resonated with so many people nationwide, that subsequently, Billboard voted “Quiet” as the number one protest anthem of the year.  Her new song “We Won’t Go Back” featuring Ani DiFranco, BIIANCO, and Autumn Rowe, loudly and proudly proclaims that women “won’t go back” and will continue to fight for reproductive rights.

While attending a protest at the Supreme Court in Washington D.C. following Politico’s leak that SCOTUS would overturn Roe v. Wade, MILCK found inspiration for her next protest anthem in the chant “we won’t go back.” Using a recording of her fellow protestors chanting “we won’t go back,” MILCK took to social media that night to call on her fans to contribute to the lyric writing process. When asked about the writing process, she told BUST via email, "It was very healing to watch my fanbase get creative and proactive during a time when we could feel powerless." MILCK went on to say that, "We won't go back" is a song “written by the people, for the people.” After collaborating with her fans, she then contacted Ani DiFranco, BIIANCO, and Autumn Rowe individually to include them in the project, and the rest was history.

The pounding bass, heavy drums, and guttural vocals perfectly underscore the reproductive rights revolution. With lyrics like “my body is a revolution” and “raise our voice till you can’t deny it,” MILCK, BIIANCO, DiFranco, and Rowe leave listeners no choice but to listen to their call for justice. In addition to this, the combination of the repetitive hook and melody encourages others to join the fight.

Like the song lyrics, the music video contains visceral visuals that pack a revolutionary punch. When describing her thought process in creating the music video for “We Won’t Go Back,” MILCK told us that she wanted to “bring in a crucial layer of joyous rebelliousness.” The music video for “We Won’t Go Back” was directed by Jen Rosenstein (known for her collaborations with Neon Trees and Jason Mraz). The video begins with MILCK’s recording of herself and protestors chanting “we won’t go back” in Washington D.C. Then the focus switches to a photo of a corset against a sheet speckled with blood. What follows is a picture of the Mona Lisa but with her eyes and mouth covered is shown, and subsequently, a sculpture of Aphrodite with her mouth covered is displayed.  These transitions between images are interspersed with glimpses of MILCK and the other artists with portions of their faces super-imposed onto the famous art pieces, chanting “we won’t go back.” MILCK ends the video with an image of a woman breaking a hanger, depicting what it will be like without safe and legal access to abortions.

When asked what she hopes the song achieves MILCK tells us she hopes the song helps amplify the cries of the people. “I want the song to energize those who may feel confused, numb, discouraged, or angry.” She continues, ‘Songs have a superpower of being able to shift someone's emotions, and I hope that the rebellious, chunky drums, and hooky melodies will help shift people from feeling lost to feeling empowered.”

“We Won’t Go Back” is available to stream and download on Apple Music and Spotify. 50% of the proceeds from the song will be donated directly to Planned Parenthood, Sister Song, and the Yellowhammer Fund.