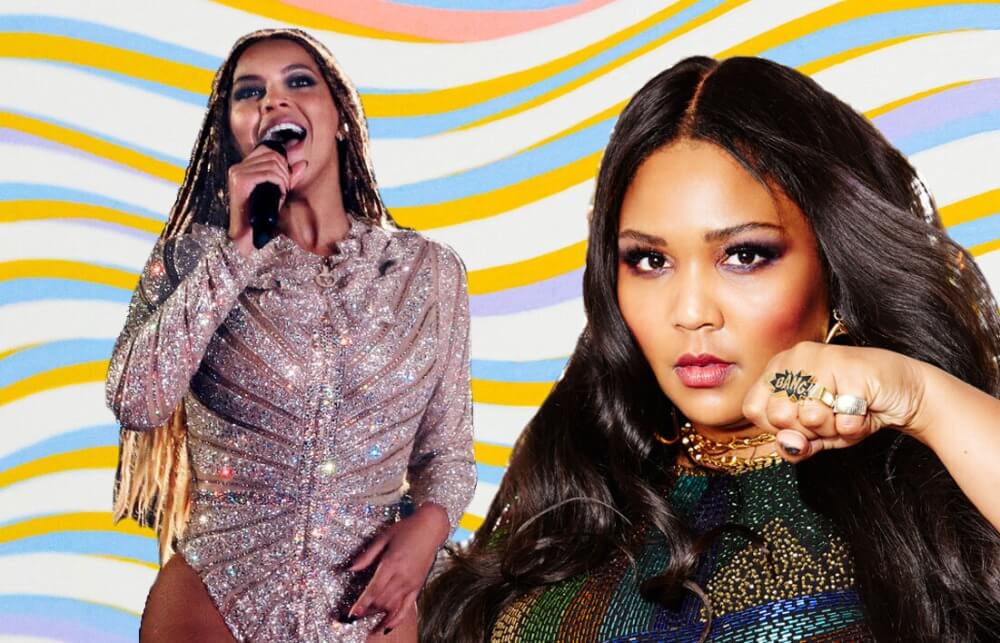 We are living in an age where every word counts. Whether it’s in a movie, TV show, Instagram post, or tweet, the way in which we use language to convey our thoughts, feelings, and beliefs is being thoroughly questioned and analyzed daily. Editing ourselves in real-time, both online and in real life has become the norm for politicians, social media influencers, actors, actresses, and more. Singers are no exception to this rule, and this was recently proven when Beyoncé and Lizzo made headlines for removing slurs from their songs “Heated” and “Grrrls.”

The two iconic singers are not the first to remove derogatory lyrics from their songs, and they certainly won’t be the last. A recent article from Billboard highlights several other instances where artists removed offensive words and phrases from their song lyrics. For instance, Paramore’s Hayley Williams scrapped the anti-feminist lyrics: “once a whore, you're nothing more” from the band’s hit song “Misery Business” after criticism from fans. Even after revising the song, Williams eventually stopped singing it altogether because of its problematic nature as a whole. Similarly, one of Taylor Swift’s early country hits, “Picture To Burn,” originally included the following lyric: “So go and tell all your friends that I’m obsessive and crazy/ That’s fine, I’ll tell mine/ You’re gay, by the way.” Fans accused the singer of being homophobic, so she replaced it with an updated lyric: “That’s fine, you won’t mind if I say, by the way.” Even the anthem of the early 2000’s party scene, “Let’s Get it Started” had a profoundly impactful lyric change. The Black Eyed Peas originally wrote the lyric “let’s get it retarded,” but after pushback from fans for using the derogatory term, they changed the lyric to “let’s get it started” and consequently became incredibly successful.

Like all of these other pop, rock, and country artists, Beyoncé and Lizzo made changes to their chart-topping songs by removing the word “spaz.” Both singers were called out by fans, specifically those from the UK, for their use of the slur, which according to the Cambridge Dictionary, is “an offensive way of referring to someone who has cerebral palsy.” On July 29, 2022, Beyoncé released her 7th studio album, Renaissance, through Columbia Records and Park Entertainment. The album has 16 tracks and is set to be accompanied by two future sister albums. Renaissance is a dance-pop album with hints of R&B that features songs such as “I’m That Girl,” “Cuff It,” “Break My Soul,” and “Church Girl.” Shortly after the album’s release, fans began criticizing the singer for using the word “spaz” in the song “Heated,” as it is regarded as an ableist slur. The disrespectful word is often used in reference to people with spastic diplegia (a form of cerebral palsy). The problematic lyric in “Heated” is  “spazzing on that ass, spaz on that ass.” Following this controversy, Beyoncé announced that she would remove the word from the song. According to Insider, “In African American Vernacular English, a dialect of English created and used in Black communities, the word (spaz) means to ‘go crazy’ or ‘fight.’” In this same article, a representative of Beyoncé’s confirmed the removal of the word from the song and stated that, "The word, not used intentionally in a harmful way, will be replaced.” Despite the fact that fans initially denounced the singer for using the slur in “Heated,” the overall reception of the album has been mostly positive. Music critics have lauded the album as some of the singer’s best work yet.

Coincidentally, Lizzo encountered the same backlash as Beyoncé just two months ago for using the exact same offensive term in her song “Grrrls.” The singer, rapper, flutist, and songwriter released her fourth studio album entitled Special with Nice Life and Atlantic Records on July 15, 2022. The album has 12 tracks and highlights a variety of different genres including disco, hip hop, R&B, and more. Fans voiced their anger to Lizzo on Twitter after she used the word “spaz” in her song “Grrrls” in the lyrics "I'mma spaz / I'm about to knock somebody out." The singer responded to critics on Twitter with the statement-

Following this statement, Lizzo then re-released the song and updated the lyric with “Hold me back” to replace the use of “spaz.” Like Beyoncé, despite the Lizzbians’ issue with the lyric in “Grrrls,” Special has generally received positive reviews from music critics and fans alike. Many have praised the album, and “About Damn Time” was the leading track on the Billboard Hot 100.

Just yesterday, the two legendary singer-songwriters were trending on Twitter because of this controversy, despite the fact that they’ve both resolved the issues in their songs. Despite the context, Lizzo even posted on both her Instagram and Twitter about it with a celebratory caption.

I’m a proud fan of both Beyoncé and Lizzo and am happy to say that I support artists who can own up to their mistakes and vow to do better. Go stream Renaissance and Special on all music platforms now.

Photo of Lizzo by Lauren Perlstein