10 Protest Songs About Reproductive Health To Add To Your Feminist, Pro-Choice Playlist 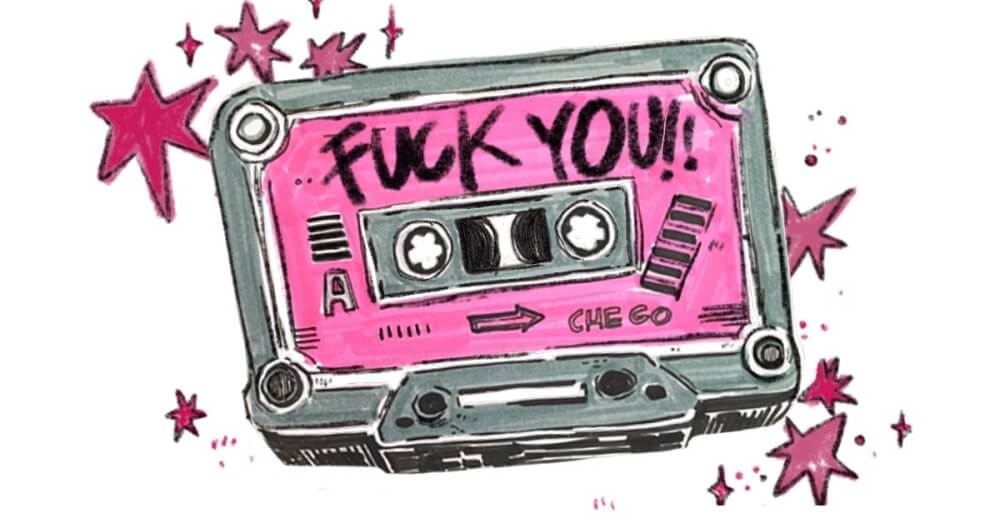 Will pro-choice songs make a splash in the music industry given the current political climate? This year, we’ve seen a significant rise in demonstrations linked to abortion in the U.S, with an increase of 51% since 2021, as presented by the Armed Conflict Location & Event Data Project. This research shows that pro-choice protests far outnumber pro-life demonstrations, with a ratio of 3 to 1. How do we keep the momentum going and get pumped for a revolution? With music, of course. Here is a compilation of feminist songs –old, new, and of various genres curated to please Hip-Hop lovers, Pop fans, punks, Country folks, and those who’d enjoy a bit of edgy Latin Hip-Hop.

Originally released in 1993, La Femme Fétal by Digable Planets is told from the perspective of a friend who recounts the trials of someone who accidentally gets pregnant and must face the wrath of a fascist society. Sound familiar? The alternative Jazz/Hip-Hop group poetically explains how unprogressive the U.S was nearly 30 years ago, as they tell the story of a friend who was confronted by pro-life protesters on her way to get an abortion. Their lyrics echo just as powerfully in 2022.

“If Roe v. Wade was overturned, would not the desire remain intact / Leaving young girls to risk their healths / And doctors to botch, and watch as they kill themselves”

I Am Jane Roe - Coco Peila

Who will you find at the intersection of alternative Hip-Hop and artistic activism? Bay Area MC, Coco Peila. The anthem I Am Jane Roe was released in 2022, and is a collaborative project that includes Aima The Dreamer and Ryan Nicole. It’s a song that uplifts women of color and criticizes those in office. With rhythmic beats and pounding lyrics, the underground gem is the reproductive rights tune you need to listen to while you prepare to mobilize.

Indie pop artist, Zella Day shares her personal experience terminating a complicated unplanned pregnancy in her song Radio Silence, released in June 2022. It has all of the ingredients of a catchy pop song, but with lyrics that reveal a tender vulnerability and the ache of guilt and anxiety (as shown below). As the story unfolds, listeners get a glimpse of the unpalatable behavior of an apathetic lover. “You have anxiety over pregnancy, so you bought this fucking pill for me,” Day sings to the guy who impregnated her. Privilege affords them an “easy fix,” but listening to the tune makes one wonder about the lack of sex education in this country, as well as those who can’t afford to buy “this fucking pill.”

It was only two years after the Supreme Court ruled in favor of Jane Roe in the case of Roe v. Wade when country sensation Loretta Lynn released a controversial song called The Pill. In 1975, she was banned from radio stations for expressing her desire for reproductive freedom. This petite country woman shamelessly sang about her desire to get loose from the marital chains that kept her from having fun. Lynn completely shook up the nation’s perception of the “well-behaved American housewife.”

“This old maternity dress I've got / Is goin' in the garbage / The clothes I'm wearin' from now on / Won't take up so much yardage / Miniskirts, hot pants and a few little fancy frills / Yeah I'm makin' up for all those years / Since I've got the pill”

Even before Roe v. Wade, female-led rock groups like the Chicago and New Haven Women's Liberation Rock Bands were building a foundation for future rioters who would adopt and commemorate the unrefined nature of DIY feminist rock music. Their pro-choice anthem, Abortion Song came out in 1972, and is a quirky tune that is reminiscent of the 70s music era. The playful instrumental sounds contrast well with lyrics that convey the dark reality of reproductive oppression. At a time when abortion is criminalized (again), this song hits with resounding familiarity.

Baby, I Had an Abortion - Petrol Girls

For the headbangers out there, here is a song doused in indignation. This English punk band’s name is derived from the rambunctious group of working-class women who were allegedly arsonists and members of the revolutionary group in Paris in the late 1800s, Les Pétroleuses. Petrol Girls released Baby, I Had An Abortion in 2022.

“I'm a god-damn should-be-mother / Got a womb so that's my purpose / I'm a god-damn incubator / But baby I'll see you later / Whose life are you pro? / Whose do you want to control?”

Resurfacing from the 90s underground rock scene is this gritty treasure by the Lunachicks. Punk and metal fans, this is a must-have for any pro-choice music playlist. You can also check out their book about how a group of punk teen outcasts in New York formed a sisterhood during a time when the feminist rock music scene was bourgeoning. Fallopian Rhapsody came out in 1995 and is more relevant than ever.

Journalist and artist Rocky Rivera brings dark witchy hip-hop vibes to the political music genre with sultry, slow, and deep vibrations that will remind you of the West Coast hip-hop scene. It’s a perfect mélange of art and activism. From her 2015 album Nom de Guerre, the song Pussy Kills will leave you with the urge to form a clan of brujas (witches) eager to take down the patriarchy.

“Rappers always wanna put my pussy in a rhyme / Politicians pass law with my pussy on they mind / They can never handle what it takes to give birth / Say my pussy’s weak, try to claim it as they turf”

French-born Chilean artist Ana Tijoux puts all of the badass, outlandish energy in a song that is dedicated to bringing down fascist societies. Antifa Dance equates to anti-fascist dance, and is a hyper-energetic anthem that highlights global issues like systemic oppression. Brimming with eccentricity, the video is a display of rebellion. After its release in 2020, Rolling Stone shared her press release about Antifa Dance, which states that “A few years ago, it was unthinkable to reassess the word ‘fascism.’ Facing authoritarianism, unrelenting hatred for the other, we again return to ‘Art,’ with all its force. Art that is charged with music and color. Art that responds in dance, an organized movement of beautiful rebellion. This is why we decided to make a danceable album. It is our profound belief that from pain, the purest act of love and resistance is born. Antifa Dance.”

If you want to learn at least one phrase in Spanish, remember this lyric: “Este sistema se cae cae” (This system will fall down).

The quintessential feminist anthem first boomed in the 90s and stands firm today as a representation of angst. Bikini Kill is back on tour at a time when we need punk energy to propel the abortion rights movement.

This selection of songs is perfect to listen to on your way to a protest or while you’re winding down at home post-demonstration. These songs weave together our struggles of the past and present day. In poetic raps, with eccentric drumming, even in Country and Pop songs, artists show that political music transcends genres. It makes you wonder what contemporary artists are going to cook up in this post Roe v. Wade era.