Kehlani Is Confronted by Ranting Conservative Influencer, and Their Unfazed Response is Just Too Cool 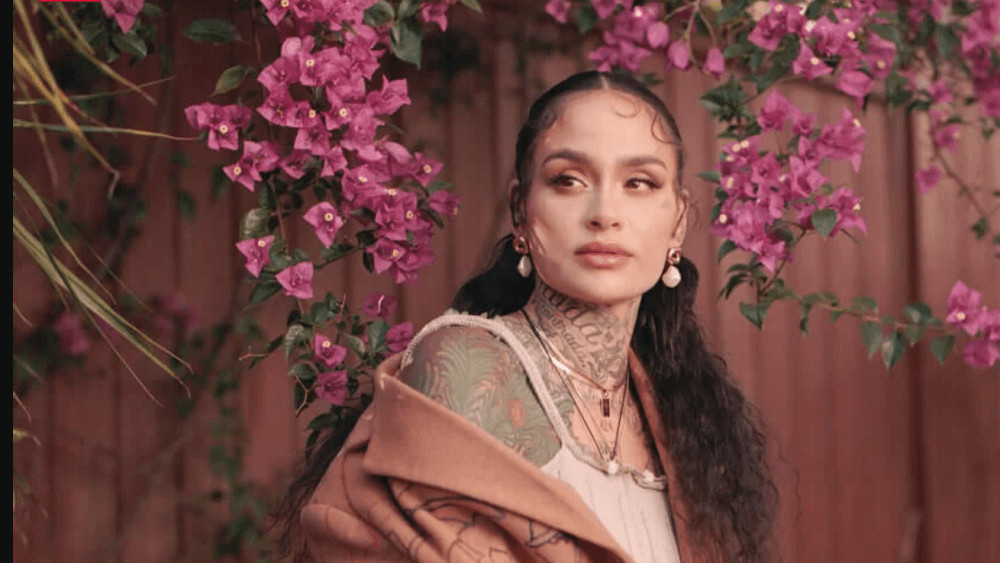 Coffee runs are among the most hum-drum, beautifully predictable parts of the day. Any hint of surprise or excitement comes only when the line is unexpectedly long, or they’ve run out of your favorite drink. Singer and current BUST covergirl Kehlani certainly expected nothing more as they waited in the Starbucks drive-thru—that is, until conservative influencer and self-described “free-speech radicalist” Christian Walker, armed with a phone camera, approached their car, howling into the rolled-down window. “You don’t need to tell baristas that I’m an asshole because I have an opinion,” he says to an unbothered Kehlani. Walker uploaded the video to Twitter, and, because of the surreality of the confrontation, and Kehlani’s unwavering cool, it immediately went viral.

This mediocre singer that everyone’s forgotten about, Kehlani, told my baristas at Starbucks that I was an “a**hole” and to be “safe around me.” Well, I set her straight.

I’m tired of these fake woke people being rude to everyone and acting like they’re the good ones. pic.twitter.com/V6X88Wg8tX

Kehlani, in a now deleted TikTok, explained that prior to the confrontation, they were on a virtual therapy call, and that Walker had apparently been “visibly losing his shit” and “harassing whoever’s behind the order box.” The singer also took note of the fact that the Starbucks was covered in Pride flags, and that the workers “seemed queer.” They further explained that they had warned the Starbucks workers that Walker “has a habit of harassing…this community [LGBT], even though he’s a part of it” and that he was coming up with his phone to potentially bother the workers on camera. Kehlani then admits to calling him an “asshole,” the moment which led Walker to airing out his grievances into their window.

Walker has a publicly antagonistic attitude toward the LGBT community. Right before this year’s pride month, he tweeted, “I’m attracted to men but I refuse to identify with the rainbow cult.” He also took issue with what he sees as the community’s “indoctrinating children.” Later, he tweeted a video of himself mocking Pride month in front of the rainbow flag and the trans pride flag. Kehlani, who is very open about their sexual identity, assumed that based on Walker’s history, he wanted to get a reaction out of her. “Lo and behold,” they say at the end of their TikTok explanation, “I get on the Internet.”

Since uploading the video, Walker has been on the defense. After being criticized for his actions by Kehlani’s supporters, he tweeted, “Start standing up to these miserable blue haired people.” As for Kehlani? Still unbothered; on Wednesday, they posted a clip from Walker’s video set to a TikTok music audio rather than Walker’s shrill screeches.

In the meantime, the Twitterverse remains impressed with Kehlani's unshakeable cool, proving why they deserve to be on all the covers of all the magazines, forever.

kehlani’s therapist watching her IN REAL TIME handle that interaction with patience, grace and maturity pic.twitter.com/g3K7v9gbqf