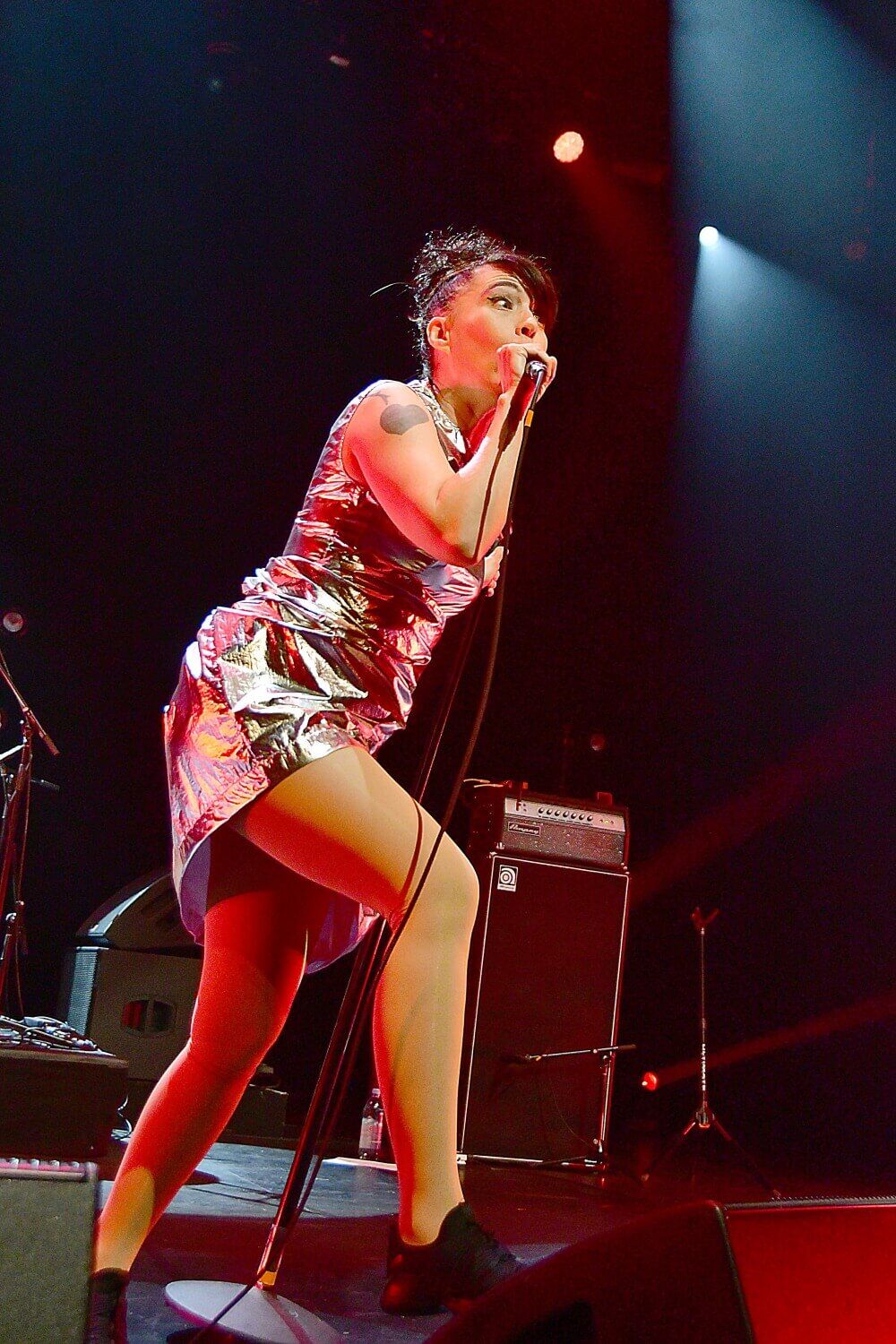 The answer? Not much different from what regularly would have gone down, save for some slightly bleaker between-song banter. The band appeared to be in good spirits as they played to an appreciative crowd, with a tight setlist sticking to classics like “DemiRep,” “Feels Blind,” and “Carnival.”

When I first saw the band live in 2019, I was struck by how courteous and unified the crowd appeared. People picked each other up while moshing and said "excuse me" while brushing past. I witnessed a group collectively push a creepy dude out of the audience. I’m happy to report that this community atmosphere hadn’t been lost to the ravages of the pandemic. All ages showed up, including the littlest of riot girls perched on their parent’s shoulders. Lead singer Kathleen Hanna noticed this too and made a plea that feminists from every generation should work together and learn something from each other. 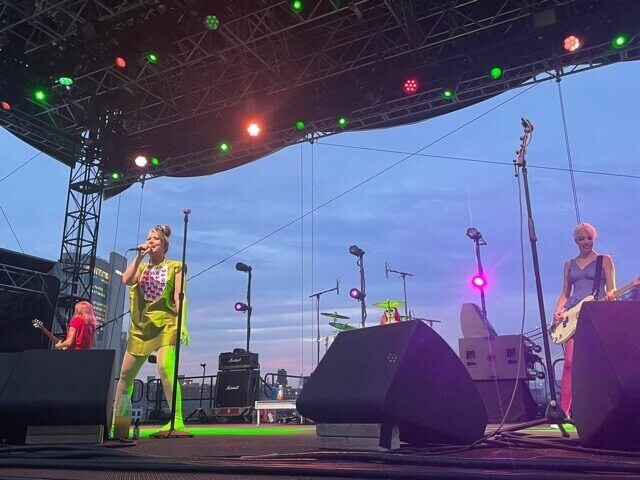 Performing in such an expansive venue perhaps lost a bit of the punk immediacy that a smaller show would have offered, but it also presented a new opportunity to directly stick it to the man. Pier 17, a new rooftop venue, is situated in the heart of the city’s financial district, facing the gilded offices and institutions responsible for some of capitalism’s most heinous crimes. Plus, in simple aesthetic terms, a nighttime show staring out onto the city’s skyline did feel pretty magical. That, coupled with a crowd still hungry for "Revolution Girl Style Now," made for the fun and feminist night that so many of us needed in these bleak, dystopian times.

Get your tickets here.