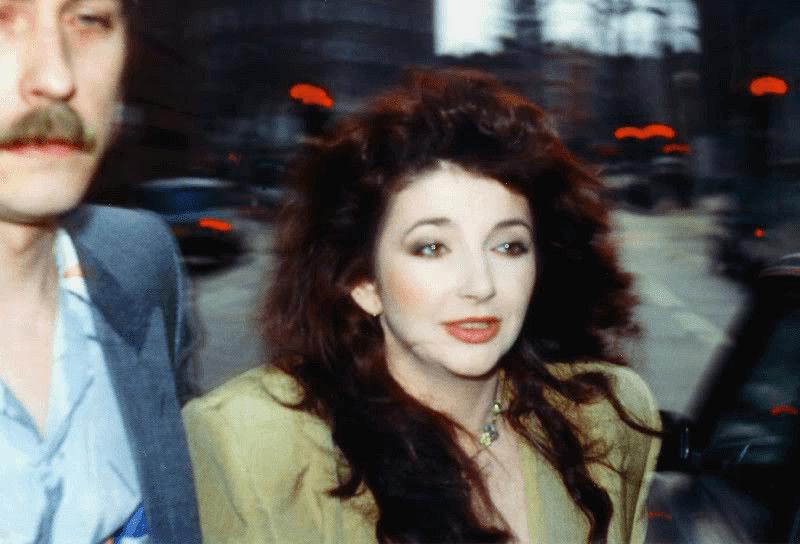 This month, Kate Bush broke into the US Top Ten for the first time in her career with the hit song “Running Up That Hill (Deal With God),” after it was centrally featured in season 4 of Netflix’s Stranger Things. This makes the 63-year-old Bush the oldest woman to ever appear on this chart, thereby usurping that title from Cher (who, in true Cher style, tweeted in loving support of Bush after seeing her record broken).

Bravo Kate🙌🏼
Records Are Meant 2 Be Broken‼️Remember Back In The Day,When Women Had SHORT SELL BY DATES⁉️We Had 2 Fight Our Way Through The Testosterone Curtain,& We Did it So The Girls Who Came After Us Could Sing As Long As They Want To.
With Mega Respect
💋
Me

In the UK, the single reached number 1 on the charts, and because of the 44-year gap between the release of her first hit, “Wuthering Heights,” and the resurgence of “Running Up That Hill,” she now boasts the longest gap between number-one songs.

Yesterday, the famously media-shy Bush joined host Emma Barnett on BBC Radio 4’s “Woman’s Hour” to discuss the current popularity of her hit song and her recent and historic success. Bush immediately shared her feelings about her resurgent fame, gushing, “Well, it’s just extraordinary! I mean, it’s such a great series, I thought that the track would get some attention, but I never imagined it would be anything like this…It’s quite shocking, isn’t it? The whole world’s gone mad.” Achieving what she has achieved and remaining so gracious and humble just made her that much more magical to the listener. She went on to say, of her newer fan base, “What’s really wonderful is that this is a whole new audience who, you know, in a lot of cases, they had never heard of me, and I love that.” Because so many of these fans are new to Kate Bush and her style, Barnett asked her to explain exactly what “Running Up That Hill” was intended to mean, to which she provided the phenomenal explanation, “Originally, it was written as the idea of a man and woman swapping places with each other, just to feel what it was like from the other side.”

Bush also shared the naming journey of the song, originally called “A Deal With God” but changed in its infancy because her record company was worried it wouldn’t be played on the radio because of the sensitive nature of that title. When asked about her feelings about the way that Stranger Things chose to use her song, Bush’s voice lit up with excitement. “They’ve put it in a really special place. The Duffer brothers created the series, and actually, we watched it right from the word ‘go’, and I thought, what a lovely way for the song to be used, in such a positive way, you know, as a kind of talisman almost, for Max, and I think it’s quite touching, actually.” Bush imagines that her son Bert, now in his mid-20s, finds it pretty cool that this new generation is discovering his mum. The whole family binged Stranger Things after the first season came out, making this route of virality even more exciting for the group. During lockdown, when she wasn’t binging her favorite TV shows, Bush shares that she could be found gardening or enjoying a bit of disco in her kitchen (stars, they’re just like us!).

Bush also discussed her longing for a time before cell phones, remembering a concert she played in 2014 where she asked the audience to turn off their devices so that everyone in the room could connect more intimately. Says Bush, “We were working in what was quite a small theater, and I wanted there to be a really strong connection between the audience and everyone onstage…we were trying to create an atmosphere with what we were doing, with a lot of theatre and film involved. These days, she only uses a laptop, an ancient cell phone, and a landline, which was how she stepped into her conversation with the BBC. We hope she will be dialing this magical landline again soon to share with the world more of her warm, mystical commentary. You can listen to the full interview with the BBC here.