Details
BY Michael Levine
IN Music
Published: 23 May 2022 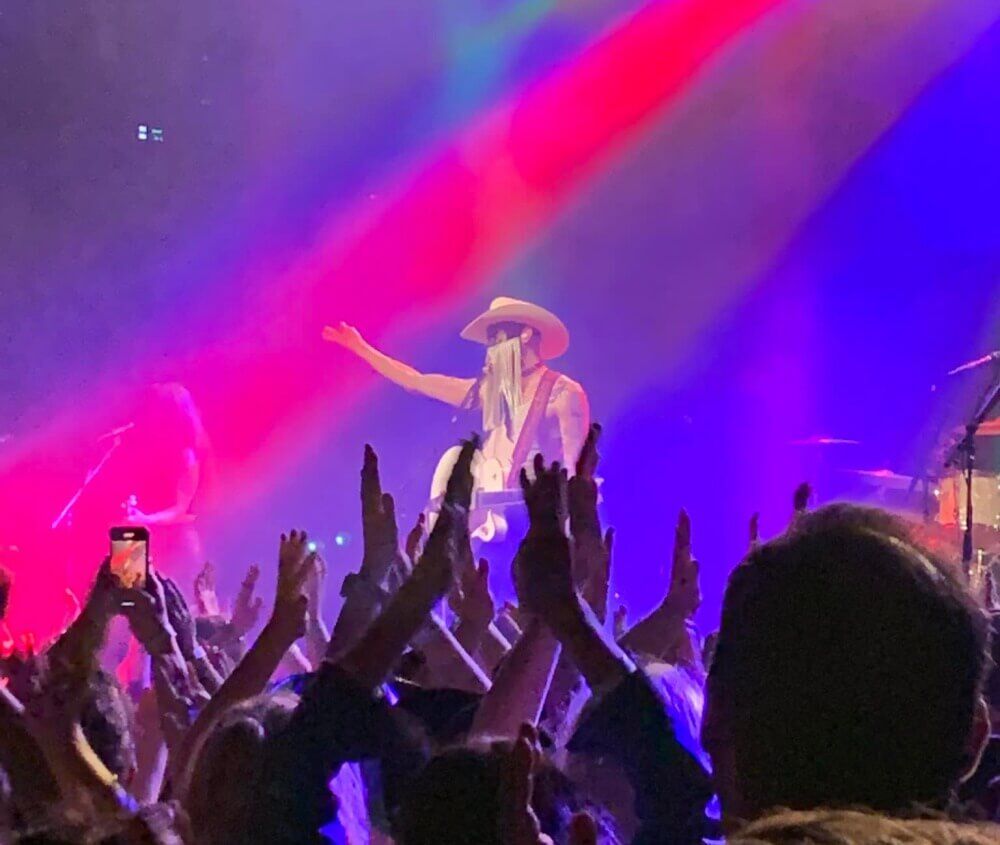 Americana/Alt Country Music sensation, Orville Peck, sauntered into Brooklyn Steel this past Saturday. Peck with his proudly out, LGBTQ Cowboy persona and killer band, whooped things up playing a stellar show to an adoring sold out audience.

After a blistering set by openers, Teddy and The Rough Riders, Orville hit the stage belting out a rendition of “New York, NY” prompting the crowd to sing along. Then on Mr. Peck and co. delivered a scorching versions of songs from his first album, Pony, the Pony Show EP, and his new full length gem, Bronco. LGBTQ themed numbers like “Turn To Hate,” “The Curse of the Blackened Eye.” “Legends Never Die,” “Lafayette” and "Daytona Sand" were all on point as well as a heartfelt rendition of The Righteous Brothers’ classic “Unchained Melody.” All sung with Orville’s crooner with a kick in the ass unmistakeable vocal style.

It was a visually stunning evening as well. Not only did Orville and musicians whoop it up onstage physically but the bling was definitely all around with Peck, his band, and half of the audience decked out in ultraglam, rhinestone Cowboy/Cowgirl attire. The divine Mr. Peck donned a denim, silver studded suit, cowboy hat, and his signature fringe mask. All of the above making for a most memorable and rocking evening for performers and audience members alike.

I highly recommend catching this unique artist on tour (see dates below) and giving his fantabulous new album, Bronco, a spin. Orville Peck’s captivating music and message will simultaneously capture your heart and kick you in the ass! 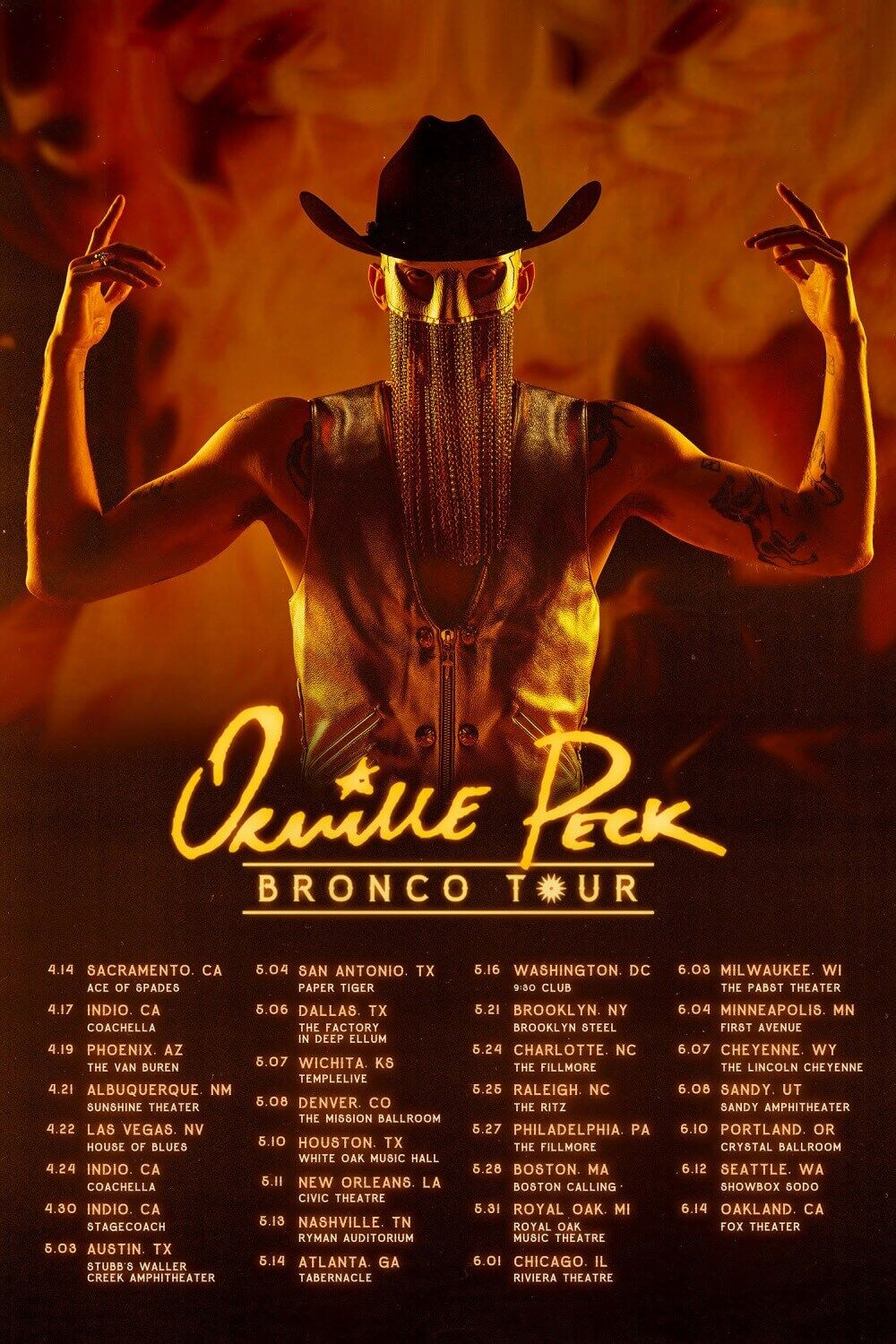 Tickets for the "Bronco" tour are on sale now.