Cat Power Dishes On Her 11th Studio Album, "Covers," How She Re-Imagines Her Old Songs, and On Being a "Difficult Woman" in the Music Industry 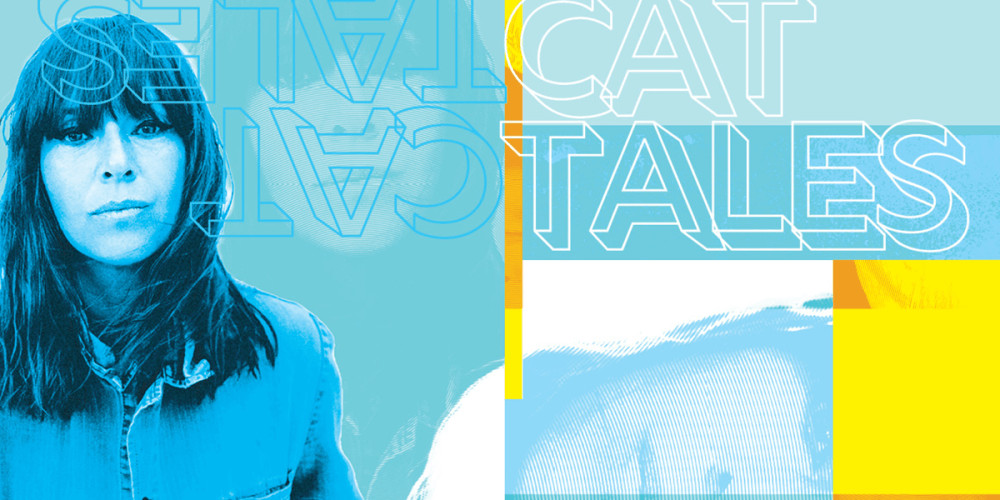 Indie rock icon Cat Power—aka Chan Marshall—released her first album in four years into a COVID-weary world thirsty for the kind of emotive energy only she can provide. Here, the revered singer/songwriter shares stories about her son, Boaz, “banana parties,” and why, for her, the past two years have been “brutal on the mind.” - By Eliza C. Thompson

Since releasing her debut album in 1995, Cat Power has developed a reputation. As one of the greatest songwriters of her generation, yes—but also as a “difficult” woman who dislikes performing and won’t play her hits. It only takes a few minutes on the phone with her, however, to fully dispel this notion.

Cat Power, whose real name is Chan Marshall, is warm and charming, drifting into tangents about why music history should be taught in schools and then asking if her points make sense. By the time our conversation is over, she’s sung to me multiple times (once in a solid imitation of Kitty Wells), asked me to sing for her, and invited me to join her for karaoke should we ever meet in person.

In January, the Georgia-born singer, 50, released Covers, her 11th studio album and 3rd full-length collection of cover songs. Though plenty of artists scatter covers throughout their live shows or release them as one-off singles, Marshall is one of the very few musicians who’s made them a cornerstone of her career. “I don’t consider them covers,” she explains, pointing to classical musicians, folk singers, and indigenous artists as some of the early pioneers of “covering” songs. “It’s always been the tradition of music that it gets shared.” For her, performing other people’s songs is just a reflection of her upbringing in a musical household. “I feel like it isn’t weird that I do covers records,” she says. “I don’t find that it’s questionable, but I have to answer to it because people are so not used to it.”

Marshall announced the album in December 2021 by releasing a heartbreaking rendition of “I’ll Be Seeing You,” written in 1938 and made famous by Billie Holiday. Reading the full track list is like rummaging through your coolest friend’s record collection. There’s a version of “These Days,” written by Jackson Browne and popularized by Nico, as well as a take on Frank Ocean’s “Bad Religion.” Other selections include songs by Nick Cave, Lana Del Rey, the Pogues, and Dead Man’s Bones (otherwise known as Ryan Gosling’s band).

As Cat Power fans know, though, Marshall doesn’t just record other people’s songs—she revisits her own past, releasing sometimes unrecognizable versions of her older tracks. Covers includes “Unhate,” a new take on “Hate” from her 2006 album, The Greatest; her 2008 album, Jukebox, offered an updated version of “Metal Heart” from 1998’s Moon Pix.

Marshall sees this, too, as grounded in the history of music, both classical and pop. She uses Holiday’s different recordings of standards as an example—tracks the blues icon recorded in the 1930s have a completely different subtext than versions she made 20 years later, shortly before her death in 1959. “It’s the same lyrics, but the story is different,” Marshall says.

“If I’ve chosen to, for whatever reason, sing an old song of mine, it’s always going to be different as I go through my own life experiences.”

She cites Bob Dylan—“I’ve loved him since I was 10 years old”—as another master of “covering” his own songs. “You take a new friend who’s never seen him to a show, and you have to tell them, ‘OK, well, I know you don’t know this, but this right now is ‘All Along the Watchtower,’” she says, drawing on her own memories of baffling Dylan performances. “‘I know it’s deconstructed, and you can’t tell because the notes are completely different, he’s singing a completely different melody line, and there’s no chorus, but this is that song.’” We then swap tales of attending Dylan shows as confused high schoolers desperate to parse his set list for any shred of familiarity.

It shouldn’t be surprising that Marshall turns out to be the kind of friendly music fan who’s willing to geek out about Bob Dylan with a stranger, but it still kind of is. Unpredictable reputation aside, her songs are not often happy little ditties you can sing with the car windows down, hair blowing in the wind, without a care in the world. Even The Greatest, arguably her most “upbeat” release, includes the aforementioned song “Hate,” with the line: “I hate myself and I want to die.” Her last album, 2018’s Wanderer, included a collaboration with pop queen Del Rey, but it was a defiant ode to knowing your worth, not a radio-friendly duet. (It was also interpreted by some listeners as a “fuck you” to her former record label, Matador, whose execs she says told her to redo Wanderer because it wasn’t commercial enough.)

Marshall rose to fame in the mid-’90s, which at the time meant she was very popular on college radio. She became a bona-fide indie darling in 1996 with the release of her third album, What Would the Community Think, produced by Sonic Youth drummer Steve Shelley. That album was her first with Matador, a “major” indie label, but she’d already established her signature sound by then: sparse instrumentation of punk-inflected folk songs anchored by her inimitable husky vocals. Her later recordings included blues, country, pop, and other genres, but the quality of her work has never wavered. Basically, she’s been the kind of musician that other artists cite as an influence ever since she played her first note.

While Marshall’s records have consistently been a hit with critics and her devoted fans, she wasn’t always a stable performer. Early in her career, she was known for playing with her back to the audience and giving rambling monologues instead of singing. More than once, she’s canceled a tour to take care of her own physical and mental health. Artists engaging in that kind of self-care feels almost mundane in 2022, but when she did it in 2006, it wasn’t. Back then, a woman deciding she needed a break was branded as selfish, or in Marshall’s case, a mess.

Now, though, Marshall seems genuinely excited to get back on the road, rocky history be damned. Pandemic permitting, she’ll be touring North America and Europe starting in April. She also flexed her performance muscles a bit last year when she joined Alanis Morissette and Garbage for the former’s Jagged Little Pill 25th anniversary tour after Liz Phair dropped out. “I used to be a lot shyer on stage, I think, because I was struggling with other things internally,” Marshall says. “But dude, I had so much fun just playing guitar and singing. So now I’m really looking forward to whenever the tour happens.”

The Jagged Little Pill tour took her to much larger venues than she’s used to, but that didn’t bother her, either. “I don’t usually play for 25,000 people,” she jokes. “I’m like a local artist around the world, a local band. That’s great, and I love that, and that’s where I’d like to keep it. I had maybe 10 fans a night or something, but it was great because after the pandemic and not being around human beings and all this Trump bullshit and this nutso American energy, everybody was together again.”

There’s been one other major change to Cat Power tours in the past few years: these days, Marshall’s son, Boaz, joins her on the road. The singer kept her pregnancy a secret and largely keeps Boaz off her social media, but she’s forthcoming with stories about the seven-year-old, who appeared on the cover of Wanderer—and only recently came around to the idea of his mom singing at home. “Even when he was little, he never wanted me to play music because it made him sad,” she says. “The whole pandemic, we’d be playing, like, the White Stripes, Hüsker Dü, things that I thought could get him going and having some fun. Like, Neil Young? Out of the question. Tears.”

When she got home from the Morissette tour, though, Boaz was finally on board with his mom’s career. When an acquaintance asked Marshall where she’d been, Boaz answered for her. “He started saying little things like, ‘You know my mom is, like, in a band,’” Marshall recalls. “I had to fucking turn away and pretend that I was doing something because I was about to bust up laughing, because he’s gonna school this person that I know.”

Marshall weathered the early days of the pandemic with Boaz by her side at their home in Miami, where she’s lived for almost 20 years. She still maintains what she calls a “squat dorm room” with friends in New York City, but when she’s not on tour, she’s a full-time Floridian. She has more room to relax there after a tour, even if she’s surrounded by “banana parties”—what she and her son jokingly call groups of people who don’t wear masks in public.

The past two years have been “brutal on the mind,” Marshall says, but she’s trying to think positively, even while the world crumbles around us all. “I’m trying to think better, be more hopeful,” she says. “Life is what you make it.”