We’d Like to Get Down Under Aussie Singer/Songwriter Alex Cameron—aka Mr. Jemima Kirke 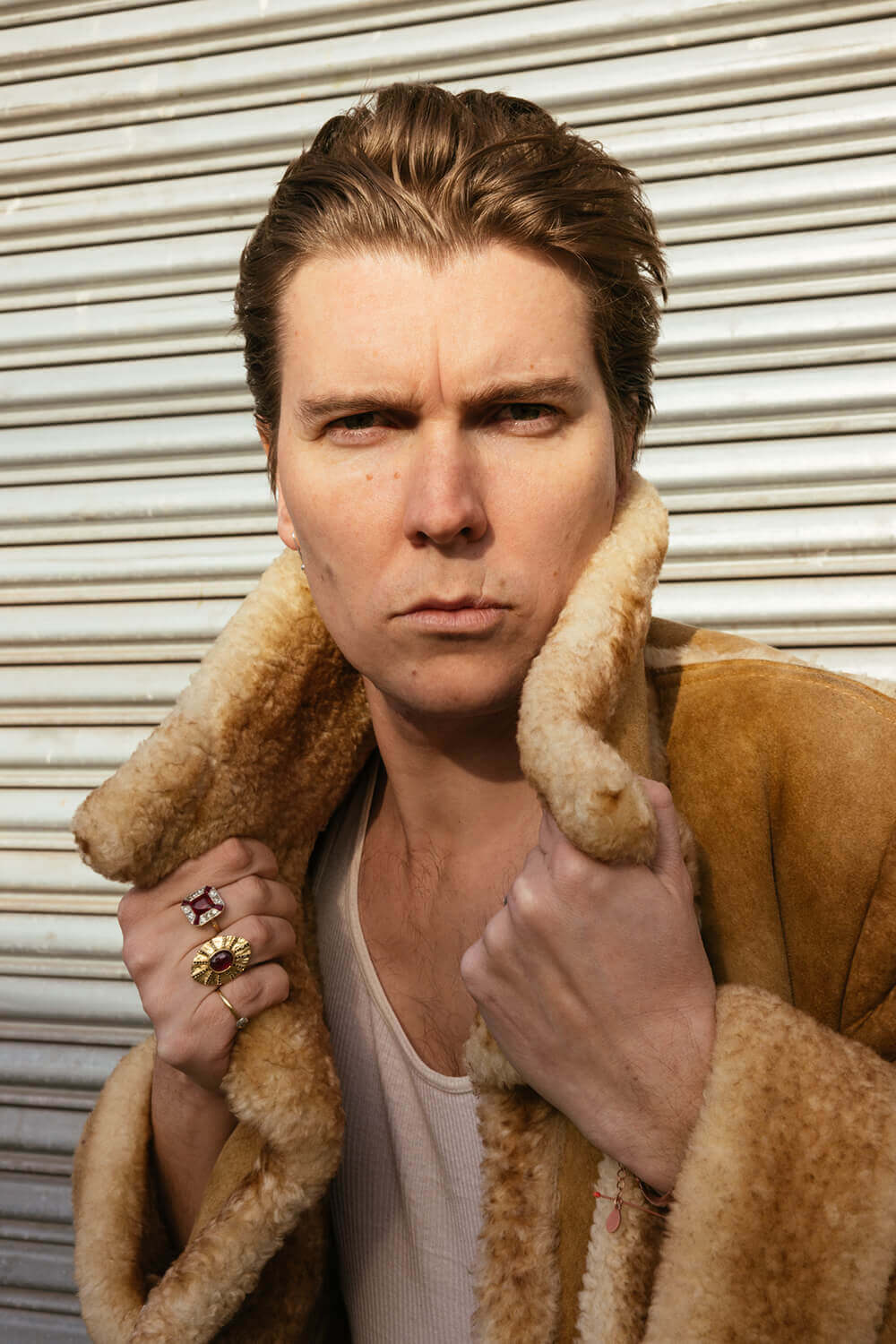 It’s that strange limbo between Christmas and New Year’s, and Alex Cameron is grateful for something to do. He talks with an Aussie ease, but after 10 minutes on Zoom, he realizes he doesn’t have his camera on. “Oh! Let me try and fix that, ‘cause that seems like I’m very voyeuristic,” he says, laughing. After a second or two, the screen reveals Cameron, 33, dressed in an oversized gray hoodie, exhaling cigarette smoke and holding his almost-hairless cat, Homer. He’s quick to also turn the camera toward Homer’s sibling, who saunters past with intimidating self-assurance. “They’re my buddies,” he says, smiling, and kisses Homer’s head.

A master of self-parody, the swaggering, Sydney-born singer/songwriter built his career masquerading as a repulsive womanizer, an obnoxious homophobe, and a desperate, aging musician–all in the name of calling out toxic behavior. So, I could be forgiven for wondering just who I’d meet during our interview. But Cameron is just like the rest of us: struggling with being stuck indoors and desperately searching for meaning in the abyss of a terrible few years. “I consider myself very lucky, and it’s still been a fight,” he says. “I was drunk on a consistent path of progress. It’s the holding still that gets me. I was never any good at yoga.” 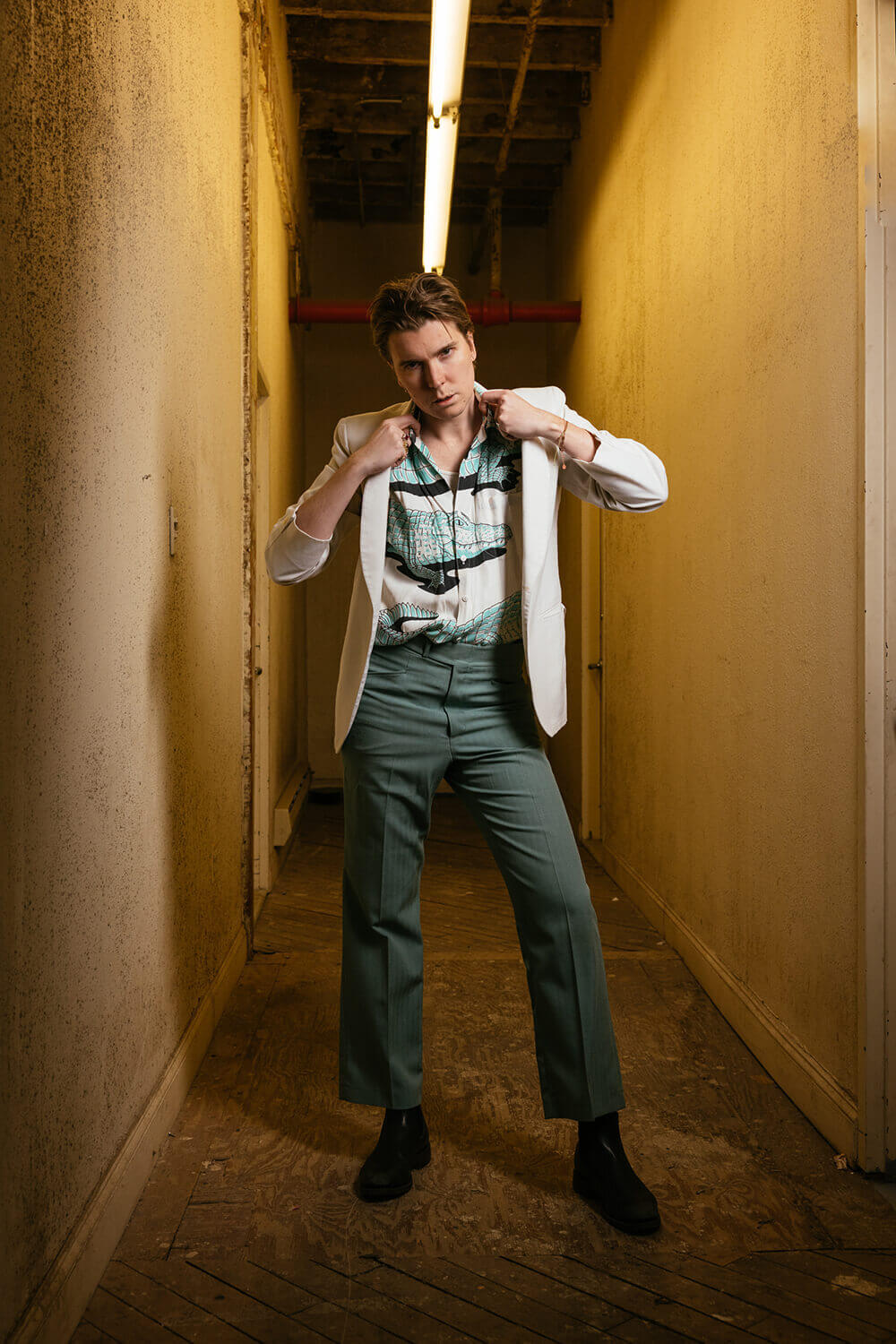 Despite the uncertainty, Cameron did manage to hold still long enough to record his new album, Oxy Music, a meditation on addiction and isolation. His last full-length—2019’s Miami Memory—featured him shuffling away from sleazy personas, and instead opting for a more personal approach, one in which he openly celebrated his love for his wife, actor Jemima Kirke. Now the personal thread continues, but Cameron’s knack for the controversial and his fixation on fictional characters hasn’t waned. “I think the way people respond to my music is much more a reflection of them than of me,” he says. “The only way some people can deal with my subject matter is to consider it a joke, but I certainly feel like all of my albums have been sincere. I’ve never done anything sarcastically.” 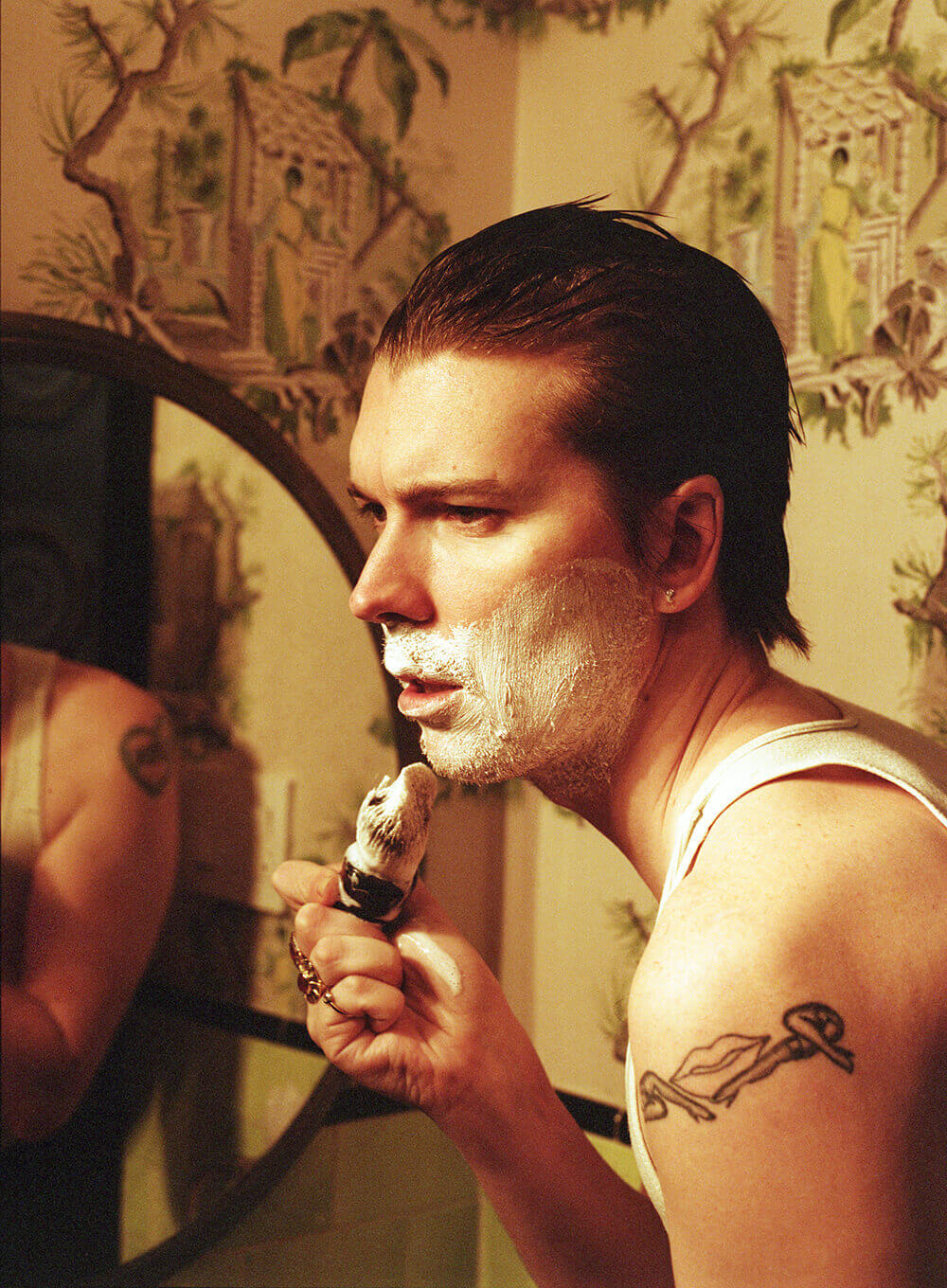 That’s perhaps Cameron’s greatest strength: how seriously he takes his craft. When I mention it, he quips, “a little too seriously, probably.” Music has been all-consuming for Cameron since he was a kid, growing up by the beach in the early 1990s. He remembers his parents playing Beatles records. He remembers singing in his bedroom. “I make music as a way of trying to understand why I love it so much,” he says. “When I’m away from it, I grow more and more uncomfortable.” Being stuck at home, he says, unable to play in-person shows, has been excruciating. “I miss the feeling of there being potential for error,” he says, expressing his distaste for edited Internet performances. “Not a great deal of risk there.”

Cameron, after all, is famous for taking risks. In the video for Oxy Music’s lead single, “Sara Jo,” for example, he is seen dancing, arms wide open, in a pair of pink and blue Speedos. This was liberating for Cameron, he says, because he felt like a freak as a kid. “I was super thin, super pale, with a pronounced concave chest,” he says. But Kirke told him something life-altering that made him want to break out of whatever shell he had left. “The thing that you’re made fun of as a kid is the most punk thing about you.”

“So, I’m embracing it,” he says of his formerly fraught body image. “I’m reclaiming it.”

Alex's latest album OXY is out now on Secretly Canadian