Darlene Love and Joan Osborne to perform at “We Got the Beat – A Women in Music Summit”: an Empowering Celebration of Women Artists, and a Call to Arms to Challenge the Rampant Misogyny in the Music Industry 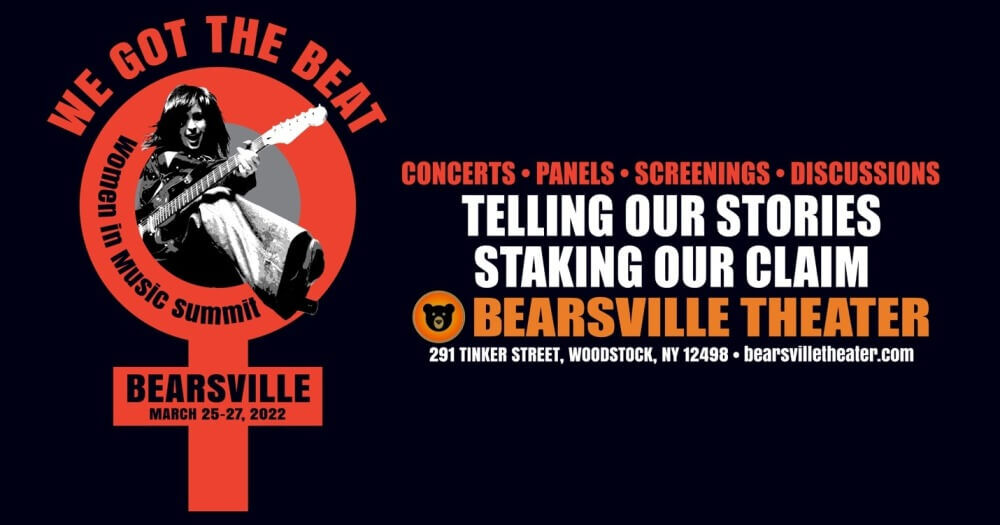 Happy Women’s History Month, ya’ll! Are you looking for a way to celebrate that isn’t just meme-sharing and insta-posts? We got you. The first annual “We Got the Beat – Women in Music Summit'' is debuting at the legendary (and female-owned) Bearsville Theater in Woodstock, NY at the end of the month (March 25th-27th). This immersive weekend will unite creatives and music lovers alike to commemorate the often overlooked contributions made by women in the music industry. The epic event boasts three days of concerts, meet-and-greets, panel discussions, film screenings, Euphoria & Shakti Yoga, workshops, and opportunities for professional networking–all in a gorgeous pastoral setting alongside the banks of the Sawkill Creek. Dreamy.

Why host an event like this you ask? Well, did you know that only 9% of voices you hear on the radio are women? 2% of record producers arewomen? 20% of grammy winners, and that over 50% of women in the music industry report sexual harassment? Yeah thats not good.

“We Got The Beat,” (yes, its title is inspired by the Go-Go’s hit song) is the brainchild of music journalist, best-selling author, and Grammy-nominated producer Holly George-Warren and Bearsville Theater owner and entrepreneur Lizzie Vann. The co-producers teamed up to create this first-ever Hudson Valley summit to honor the achievements of women in the music industry, support professional growth, and set goals for the future. The U.S. music industry is stuck in its misogynistic past–rife with sexism, ageism, sexual harassment, and lack of career opportunity for women. George-Warren and Vann are looking to facilitate change through events like this one.

“I’m really excited about bringing together a diversity of women from several areas of the music business and music fans,” says George-Warren, who will join in the lively discussions on several panels. “It will be a weekend of music-making, storytelling, networking, and an exchange of ideas – an empowering three days. After all, the exchange of information equals power!”

“This weekend is part of an important initiative that Bearsville Theater is launching to support women in music,” says Vann. “Women earn 82% of the pay received by their male counterparts. In support of this, Bearsville has reduced the cost for women artists and groups renting our theater and sound stage facilities by 18%. Women bring as much to the party as men — so let’s go!”

She adds, “We welcome men at this event. We can all learn from these incredible women, and we all have to work together to support the careers of women in the arts.”

BUST will be there too! Hope to see you in Woodstock.

For more info, tickets, and a complete schedule of events, check out the website here! 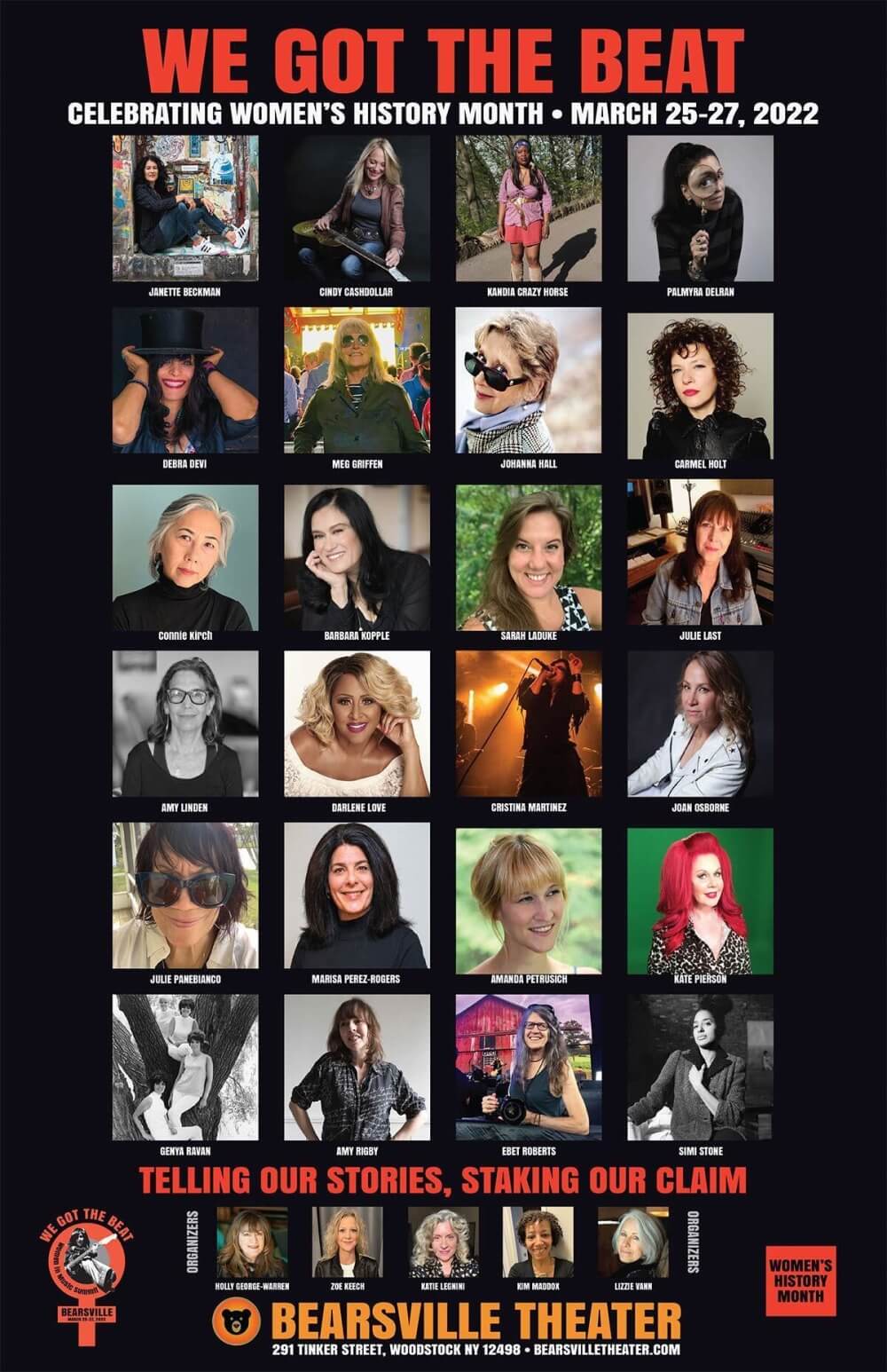