Watch: Florence + The Machine’s New Single “King” is a Haunting Exploration of Gender Roles and Art 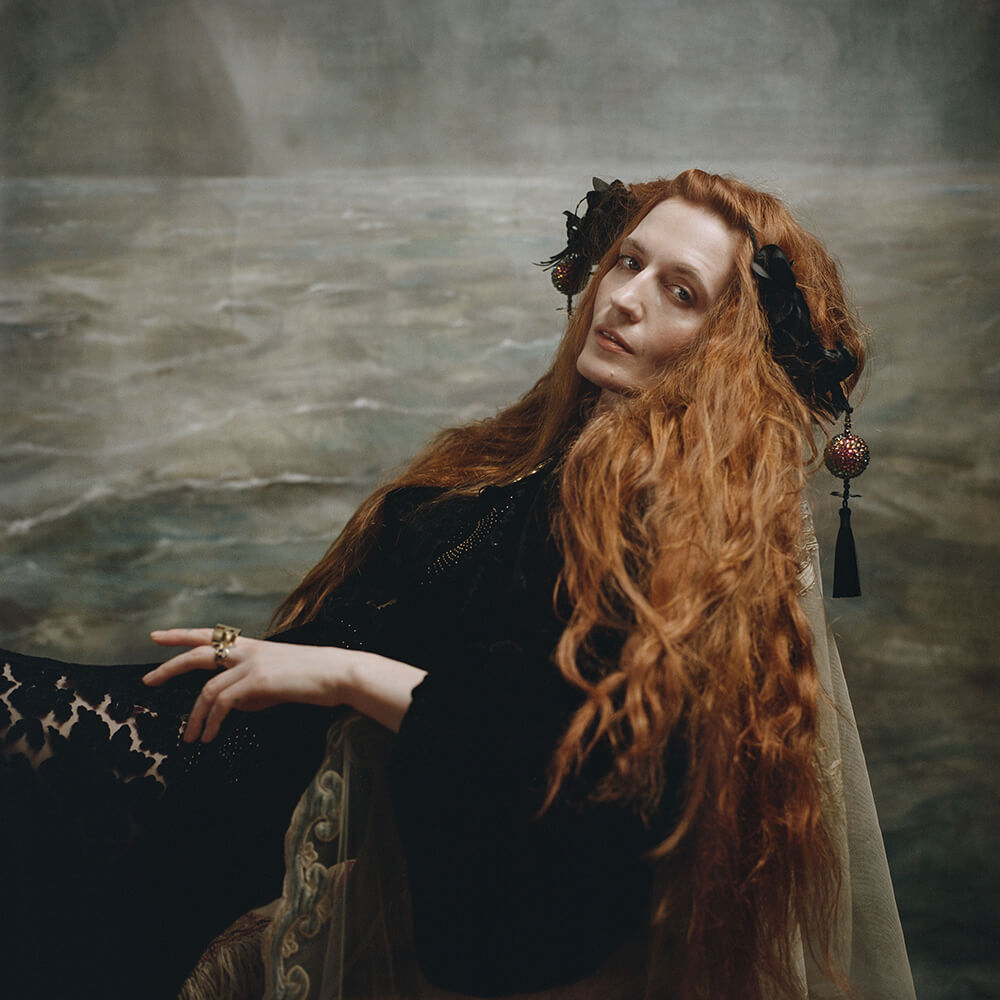 Florence and the Machine’s new single and music video “King” just dropped and so did my jaw. The visually stunning and powerful video was directed by photographer/director Autumn de Wilde, who directed 2020’s Emma. It begins in a seemingly abandoned room, filled with empty bookshelves and large windows, and an angry and tearful man in focus. As the camera moves in, we witness a haunting groan coming from a floating Florence Welch–donning a rose colored cloak and looking like pure witchy royalty. A thick bass line and pulsing drumbeat ooze in, and are quickly followed by Welch’s poignant vocals: “We argue in the kitchen about whether to have children/ About the world ending and the scale of my ambition”.

"'King' is a meditation on womanhood, family, femininity and the subverting of expectations in which Welch declares: 'I am no mother, I am no bride, I am king'," said the artist statement of the single's release. “As an artist, I never actually thought about my gender that much,” Welch added. “I just got on with it. I was as good as the men and I just went out there and matched them every time. But now, thinking about being a woman in my 30s and the future, I suddenly feel this tearing of my identity and my desires. That to be a performer, but also to want a family might not be as simple for me as it is for my male counterparts. I had modeled myself almost exclusively on male performers, and for the first time I felt a wall come down between me and my idols as I have to make decisions they did not.”

This is Florence and the Machine’s first single since their 2018 LP High As Hope. Fans are hoping this new track is hinting at a potential fifth studio album. We can neither confirm nor deny this, but until then, please enjoy this evocative and eerie piece of art.

Watch the “King” video below.