Details
BY Camille A. Collins
IN Music
Published: 18 January 2022 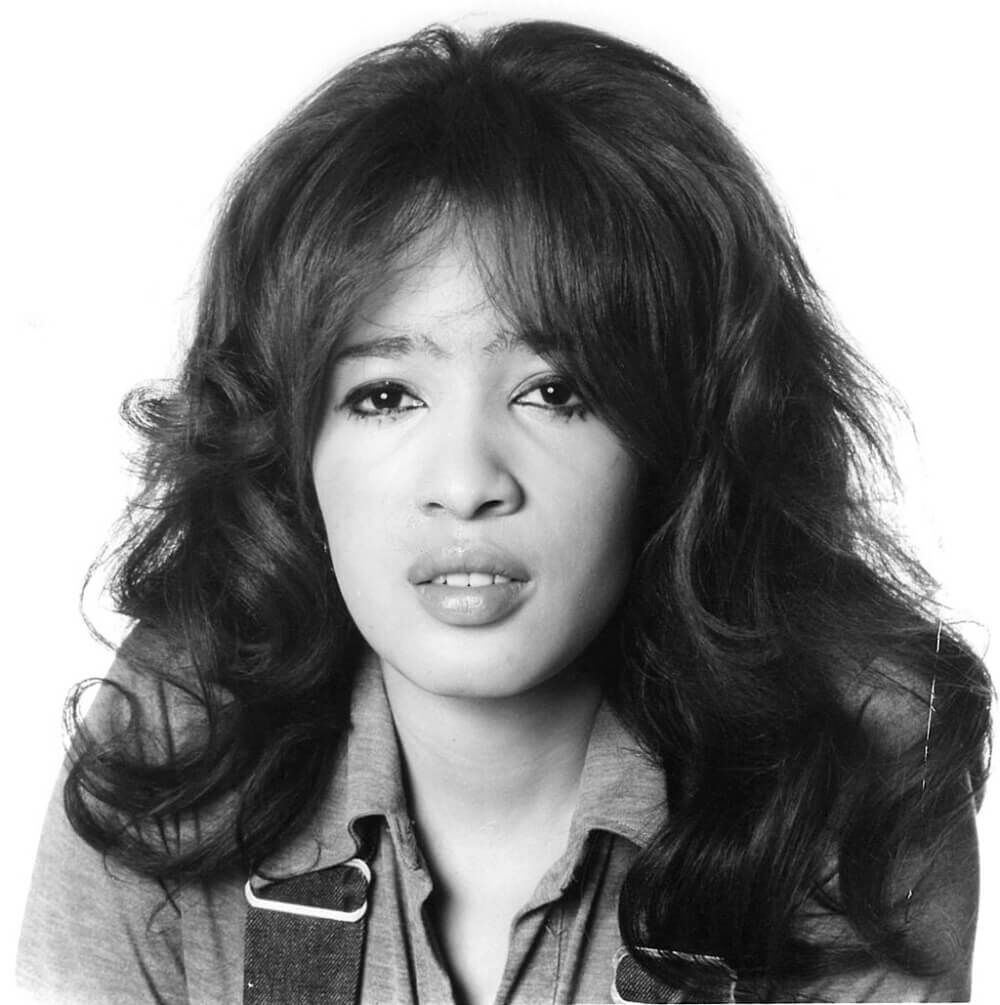 The smash pop hit “Be My Baby” by the Ronettes was released in August of 1963, the same year and month as the March on Washington for Jobs and Freedom. The streets of America were electric with strife and passion, with Blacks and other minorities yearning to demolish the dream of some nebulous, far away Shangri-La, demanding its creation at home, straight away. With a glamourous, dreamy aesthetic and bold, harmonious sound, a trio of nightingales from Spanish Harlem—sisters Ronnie and Estelle, along with their cousin Nedra—seemed heaven-sent to be our guide.

The Ronettes, led by Ronnie Spector, were emblematic of social change in more ways than one. They distinguished themselves from the girl groups of the era by singing directly to their crushes rather than pining wistfully from afar, forever changing pop and elevating freedom of expression for women in the art form. All the girl groups of the era were dynamic in their own right, but there was a marked difference in tone. The Shirelles pined, “Will You Still Love Me Tomorrow?,” the Supremes mewed “Baby Love, I Need You, Oh How I Need You,” while the Ronettes grabbed their boy by the lapels, demanding “Be My Baby Now!” It became a career and epoch-defining song that reached number two on the Billboard Hot 100 charts; would be named by Rolling Stone twice as one of the best 500 songs of all time, and was nominated into the Grammy Hall of Fame in 1999.

The induction of the group into the Rock And Roll Hall of Fame in 2007 proves their influence extended beyond one tune. With towering candy floss bouffants, kohl-lined eyes to rival Cleopatra, and a streetwise girl gang swagger, in style and attitude they're an eternal beau ideal for countless artists of all stripes, in both music and fashion.

In 1964 the Ronettes headlined a tour of Britain where The Rolling Stones were their opening act. This heady era saw Ronnie forge a solid friendship with Jimmy Hendrix and a lasting bond with Keith Richards that would lead to future collaborations. When the Beatles called up complaining of boredom and isolation in their hotel, the trio gave them a New York welcome, showing up with a stack of 45’s to spin. In the later 1970’s she’d briefly date David Bowie.

Ronnie Spector was as much a survivor as Tina Turner, as she too would be forced to flee a controlling and abusive marriage, in her case to producer Phil Spector, (who would be imprisoned for the murder of actress Lana Clarkson in 2009); that would have likely killed her if she hadn’t left. (Spector threatened Ronnie by stashing a gold casket with a clear top in the basement, telling her that’s where she’d end up if she ever left him. When she finally did, it was in bare feet with nothing but the clothes on her back). As much as Ronnie’s story is the twinkling stardust American teen dreams are made of, it’s also the dark crucible of domestic abuse, gender inequality and music industry malfeasance. Increasingly threatened by the Ronettes success as their romance deepened, Phil Spector tried to crush Ronnie’s dreams, preventing her from touring the US as an opening act for the Beatles in 1965, so that her cousin Elaine Mayes had to stand in for her with the other girls. In 1998 the Ronettes sued Spector for ten million dollars in unpaid royalties, in a nightmare suit that would take a decade to go to trial and finally resulted in a payment of over a mill to Ronnie around 2002, undoubtedly far less than she deserved.

Other musicians became fans of Ronnie’s strong voice, weathered by hard knocks, yet still full of saccharine hope, enthralled by her unique roar and trademark “whoa, whoa, whoa,” inflection. Urban legend has it that Johnny Ramone would sit front row at Ronnie’s shows in small venues around Manhattan as she launched her solo career in the ’70s, so moved by her singular, valentine voice he’d be lost in tears. In 1999 Joey Ramone produced her solo project, She Talks to Rainbows, in which the two duet magically on “Bye Bye Baby.” Her next solo venture, English Heart, brought collaborations with Keith Richards, Patti Smith, Nick Zinner, and members of The Raconteurs. She would go on to influence and inspire new generations of artists, most prominently in recent years, Amy Winehouse. As recently as December of 2021, the Ronettes’ classic Christmas tune, Sleigh Ride, reached number ten on the Billboard Charts.

It’s difficult to put the alluring magic of Ronnie Spector and the Ronettes into words—it’s the stuff for which love songs, not words alone, were invented. My novel, The Exene Chronicles, references Ronnie several times, and as a result we struck up something of an acquaintanceship. Dear reader, I can assure you she was as luminous and captivating off stage as she was on—a generous soul who deeply appreciated her fandom—every last one of us. Let this reassurance, and another spin of her timeless sound, heal our broken hearts.