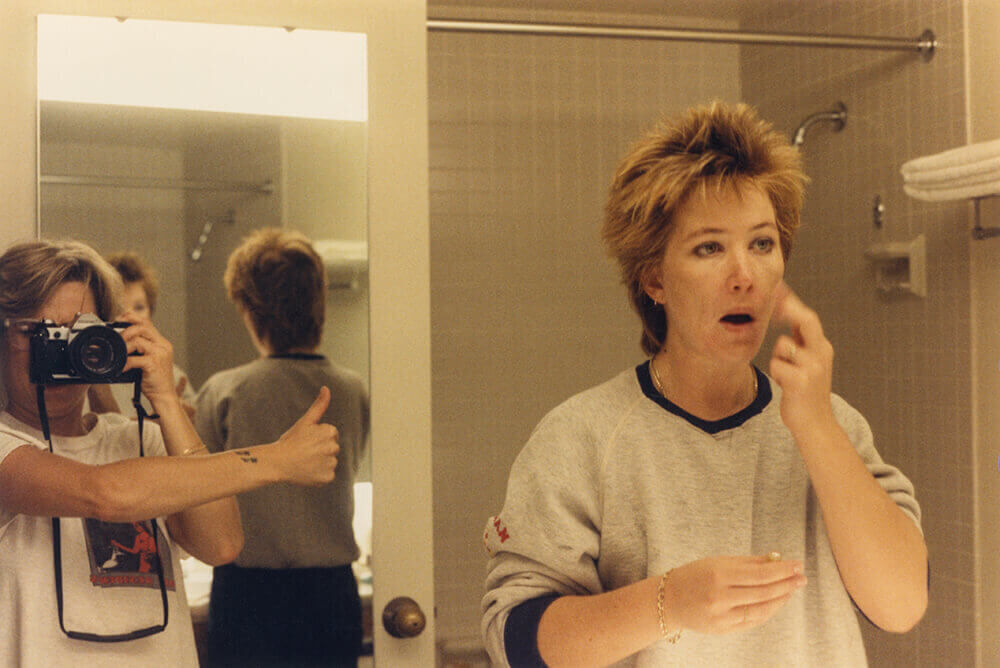 When you think of seminal all-female rock and roll bands, the chances of The Go-Go’s being the first group to come to mind are high. Their 1981 album Beauty and the Beat, featuring iconic tracks “Our Lips Are Sealed” and “We Got the Beat”, spent six weeks at the top of the Billboard charts and resides comfortably on Rolling Stone’s 500 Greatest Albums of All Time list.

Drummer Gina Schock left Baltimore for LA to make it big, joining The Go-Go’s in 1979. Almost forty years later she has opened the vault with her new coffee table book, Made In Hollywood: All Access with The Go-Go’s. A shutterbug from childhood to The Go-Go’s world tours with acts like the Rolling Stones and David Bowie, Schock sifted through her collection of personal and archival photos, proving no one captures tour life like a drummer, every night perched up behind the rest of the band with a singular perspective of both the band and the audience.

Made in Hollywood bursts with behind-the-scenes photos of The Go-Go’s in airports, hotels, backstage, memorabilia from her personal archive, and stories told by Schock, along with insight from bandmates Kathy Valentine and Belinda Carlisle, illustrating the The Go-Go’s heyday. The book was released October 26.

BUST caught up with Gina to talk about why she decided to put out a book of photography instead of a memoir, the band’s recent induction into the Rock & Roll Hall of Fame, and why The Go-Go’s are still a Punk band at heart. 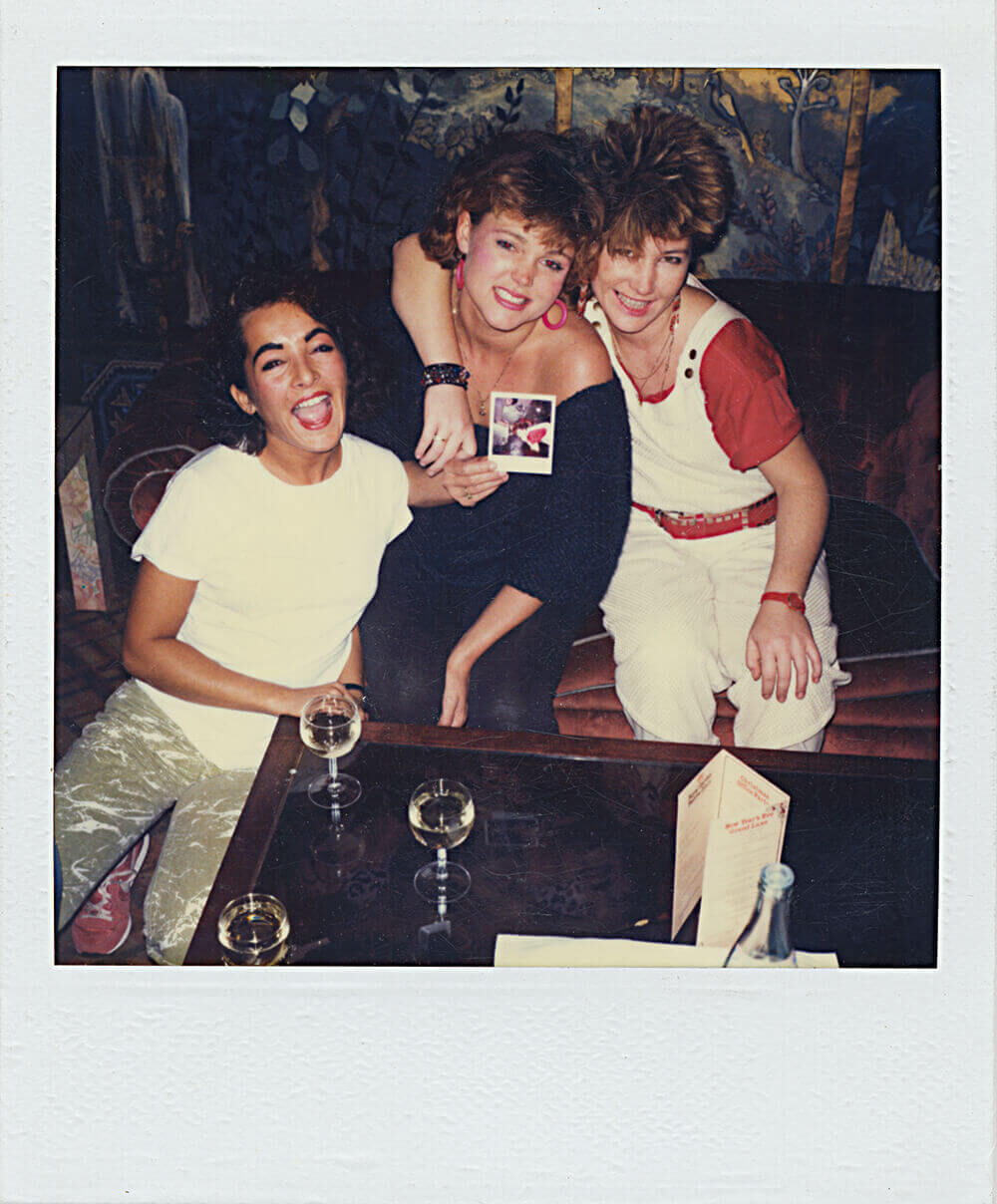 BUST: Your new coffee table book, Made in Hollywood features over 200 photos from The Go-Go’s early days. Why a book of photography and not a straight up memoir?

Gina Schock: I had no intention of writing a memoir. Kathy had written one, and I thought she did a great job. I had no intention of being an author or a writer. What I loved and what I was intrigued by is photography. And, you know, I wanted to put out this visual history of the band. Because certainly, there's nothing out there that's comprehensive about this band in any way, shape, or form. And I just thought it needed to happen. Let it come from me because I'm in the band. I've got all these incredible shots, these Canon photographs that nobody else is going to have. I wanted to share that with people. I'm grateful for where I am and I'm grateful for the fans that we have, that have allowed us to have the lives that we've had. It's so important, you know?

B: How did you go about choosing which photos to include?

GS: Okay, well, that was a very difficult process. I hadn't intended on having any writing in the book at first. But as it turns out, when I looked at those photographs and it was brought to my attention, ‘Hey, maybe you should write something,’ I was put off at first. But then when we finally figured out what was going to go in the book, the photos, I was like, let me try to give this some thought. When I did, it became very obvious that I'd be able to write some stories and it came so easily. All the stories that I wrote just came flowing out of me. It was like a floodgate had opened. You know when you look at a photograph, you remember everything, or I do anyway.

It was difficult because all the photographs I've taken and have saved had meaning to me. There's a reason I took that picture. I wasn't just completely snapping away with making no sense of things. I had picked out like 500 photos, and they were like, "Well, this is insane. We're gonna have to get this down to like 200 at least." I needed a lot of help with that. In the end, we  just tried to do what made sense for this book, and during the time period that I was trying to shine the most light on, which was the late 70s, early 80s, up until about '85. That's what I was really trying to focus on-the most sense for that period of time. 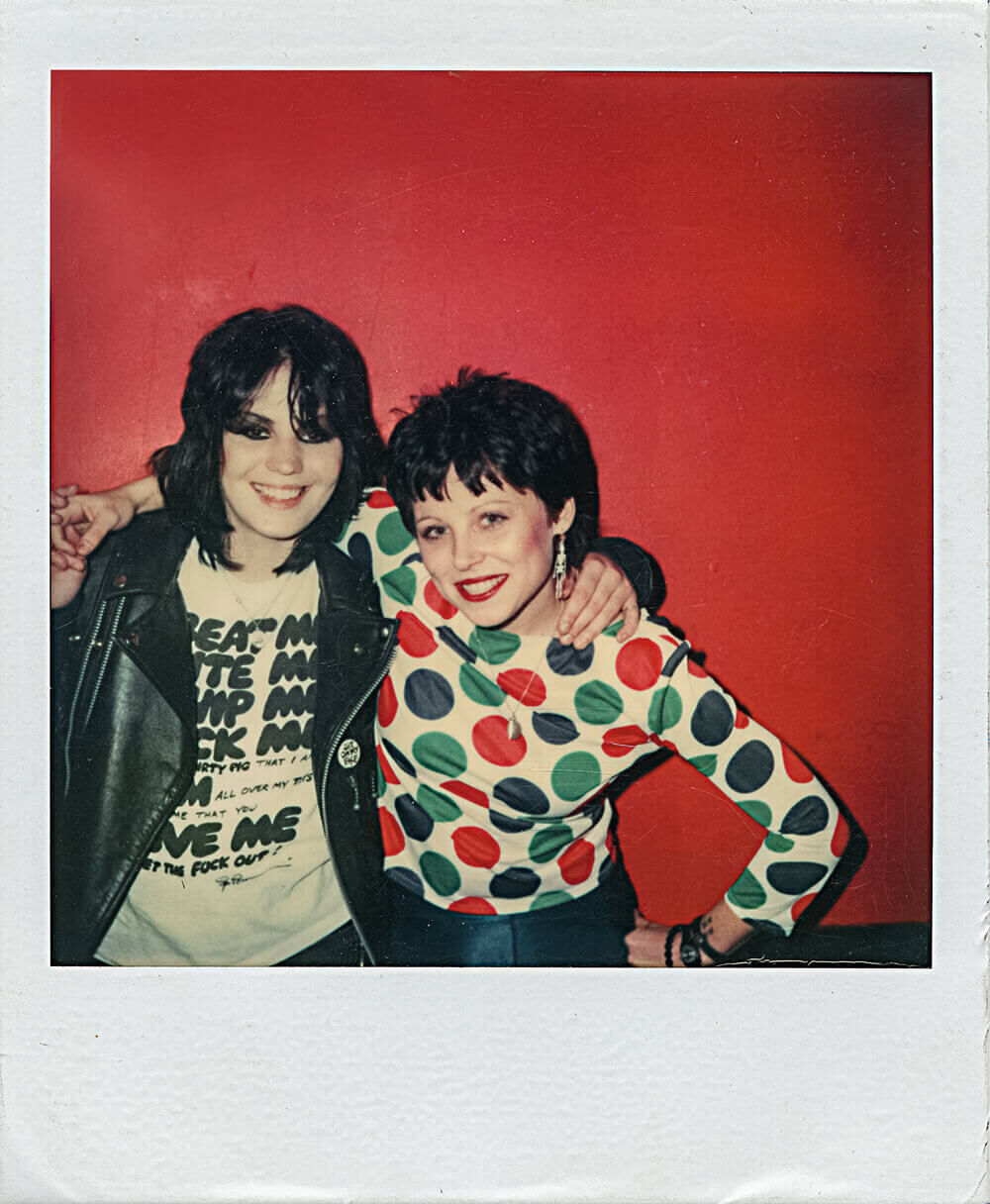 B: What was it like going back down memory lane? Did you reminisce a lot? Was it very emotional for you?

GS: Yeah, it was a very soulful experience. I felt like my heart was glowing. I know that sounds hokey. It was like, ‘can you believe this has been your life?’ Because I don't think about it. I'm just having my daily life, day-to-day like everyone else, and taking my dog for a walk and doing what we all do. Then this came up, and I realized what a charmed life I've had, how I have achieved my dreams, and more than what I dreamed up initially. It's made me realize that we all have so much to offer and sometimes you don't recognize it until it's sort of in front of you.

B: Speaking of back then, what type of camera were you taking photos with?

GS: The first thing that I had was an Instamatic, which I took photos of driving out from Baltimore when I was driving my dad's pickup truck. Then when I made a little bit of money, I bought a Canon Ae-1 and started photographing a lot with that, and then I bought a Polaroid. I just love the different formats. I think they were so cool. You know, the 35-millimeter film has a certain look. A Polaroid definitely has a certain look. I love them both for what they are, they're very different.

B: I read somewhere you said drumming came very easily to you. What is it you loved so much about drummers?

GS: Well, I love watching drummers. They're so dynamic and powerful-they really drive the band .It's so physical. You watch somebody move around the drums and when somebody's good, boy it knocks you out! It's such a magical thing. But you know, the honest reason why I started playing drums is because it was the easiest instrument for me to play. Once I knew that it was going to be drums, it was perfect.

B: You all have always said that The Go-Go’s are a punk band at heart. How has your relationship to the genre changed over your lifetime?

GS: I think when we play live, you get a real taste of that [Punk feel]. We're kind of a little rough around the edges when we play. We have a great time and we interact with the audience, everybody's dancing and everybody's singing. Everybody's having a good time.

As far as the whole punk thing goes, that'll never go away. That's at the core of who we are. We're basically a punk band with pop melodies.

B: Tell us about your induction to the Rock and Roll Hall of Fame. Where were you when you got the news?

GS: I was at home in San Francisco and my manager called and said, "Hey, girlie, guess what?" I tried to be kind of cavalier about him telling me but I was secretly pretty excited. The real thing came when I was actually in Cleveland at the Rock and Roll Hall of Fame and was getting so much love and respect from everybody. It was pretty overwhelming in the most beautiful way.

B: Did it feel like a long time coming?

GS: Oh yeah! We've been eligible since 2006, I believe. We had sort of given up on the idea of us getting inducted. That's why when we first heard that we were nominated, I didn't really care about it. But then when they said, you're actually going to get in, then I got kind of excited. But like I say, nothing compared to that night, that weekend in Cleveland. Unbelievable. 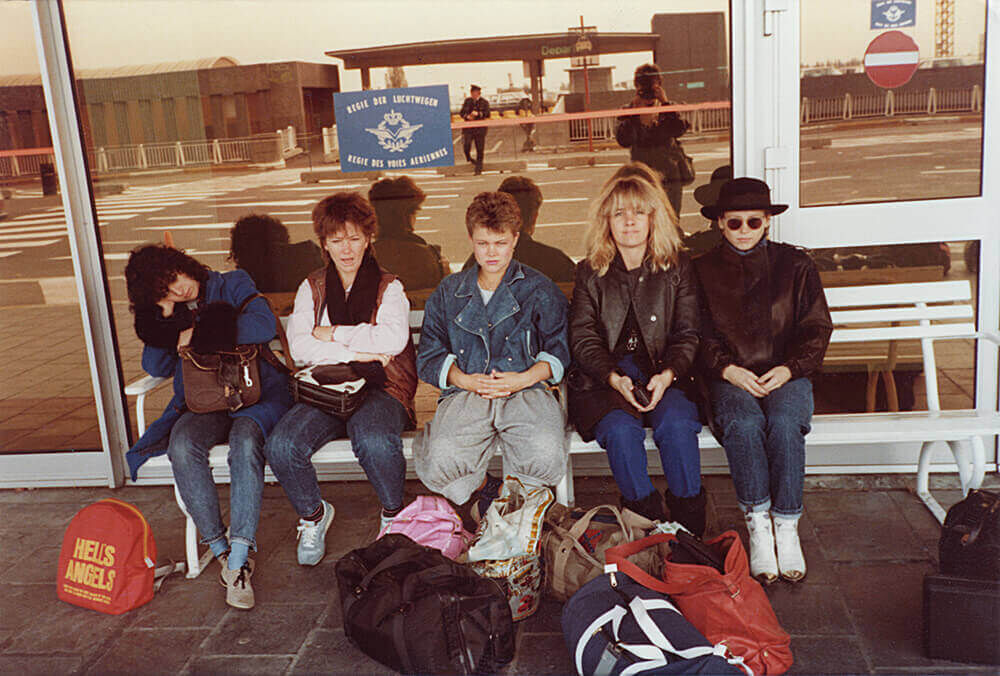 B: Can fans expect anything from The Go-Go’s coming up?

GS: Well, as a matter of fact, our musical Head Over Heels just opened again. It was on Broadway a couple of years ago and it just opened at the Pasadena Playhouse. So that's pretty cool. We're going to be doing shows at the end of the year on the West Coast., we're doing shows in the UK next year in June and July with Billy Idol, playing Wembley and Leeds arenas-some really fantastic places. The Go-Go's are working on a project with an incredible person that we hope to have out next year and there'll be music involved with that. And I have two projects that I'm working on that I hope will come to fruition in the early part of next year as well. So all fingers crossed full speed ahead, and we're gonna stay focused and be grateful and have a great life.

Tags: gina schock , the go-go's , made in america book , we got the beat , kathy valentine.