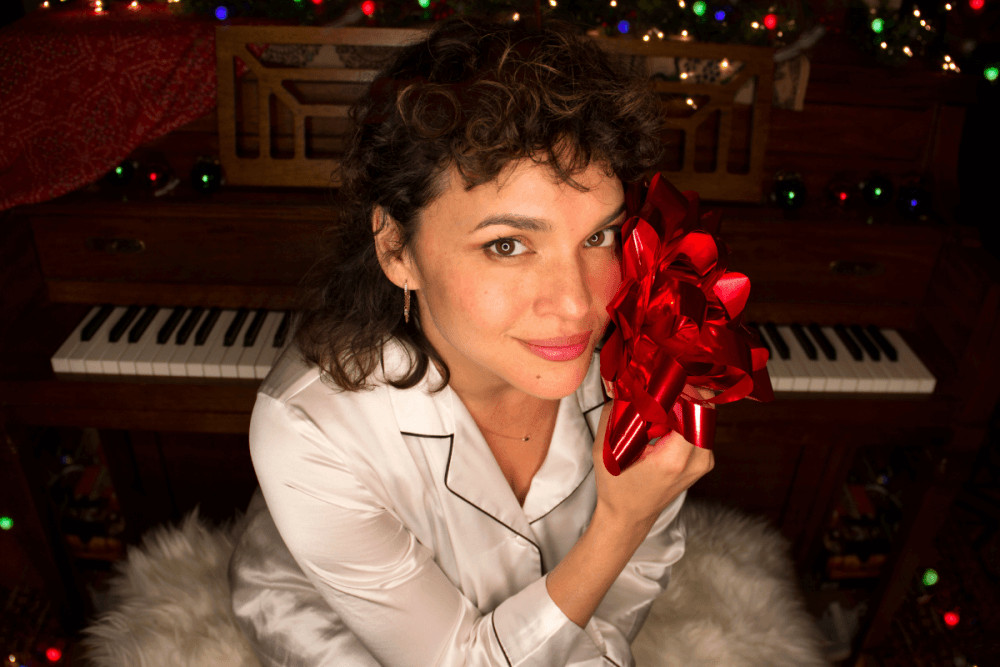 A Norah Jones Christmas album: it’s such an obvious idea that it’s hard to believe it hasn’t happened until now! But Jones just released her first-ever holiday disc, I Dream of Christmas, last month. Her voice is uniquely suited to Christmas songs; indeed, the press release that accompanied the album aptly described her as “a steady voice of warmth and reassurance for nearly 20 years.” And who couldn’t use a little warmth and reassurance during the holiday season?

Norah Jones burst onto the popular music scene in 2002 with her Blue Note Records debut, Come Away with Me. That album swept the GRAMMY Awards the following year, thrusting the low-key singer-songwriter into the public eye. Since then, Jones has released six more solo efforts; the most recent, Pick Me Up off the Floor, arrived just last year. I Dream of Christmas caps one of the most prolific periods of her career. Since the beginning of 2020, she has also released Sister, an album with her side band Puss N’ Boots (Jones, Sasha Dobson and Catherine Popper); Pick Me Up; and the live disc Til We Meet Again. Produced by Leon Michels, the new album finds Jones mixing classics like “Winter Wonderland” and “White Christmas” with some lesser known holiday songs — and even a few originals.

Jones spoke with BUST about how her first holiday album, I Dream of Christmas came to be, what excites her most about touring again, and how her relationship with the holiday has evolved over the years.

BUST: I Dream of Christmas is the first holiday album you’ve released. Tell us a little bit about the album, and why now.

Norah Jones: Well, my Christmas spirit has definitely gone up in the last 20 years. I always loved Christmas music, Christmas movies — everything. But my Mom and I  never made that big a deal about Christmas [when I was] growing up.  We would always go to my aunt’s house; she made a really big deal out of it! Or my Grandma’s house. But in our household, it wasn’t as big and overblown as [the rest of] my family’s house.

So when I got to my late 20s, I had some boyfriend bring a Christmas tree into the house and I [thought] “Oh, wow! I never thought to put up a tree my whole adult life!”  It just didn’t occur to me. Ever since then, my Christmas spirit has grown.  [For] the last 10 years, we did an awesome Puss N’ Boots Christmas show and I got really into that. We had so much fun, having guests, singing old Christmas songs. Sasha and Cat wrote some new ones, I wrote maybe one. But I couldn’t quite crack my own Christmas writing; I wasn’t as prolific with the Christmas songs as they were. Then the pandemic happened, and I started listening to Christmas music on Sundays to just sort of lift my spirits [and] everyone else in the house’s spirits. I got very excited for Christmas 2020. [But] after Christmas was over, in January, I got really sad! I didn’t know what I was gonna do. There was no touring. [So] I thought, “Maybe I”ll make a Christmas album; that could be fun.” But I didn’t really know how to go about it [or] who to work with.

Then I started talking to Leon Michels, who produced the album. I was listening to some of the recordings he produced with El Michels Affair and I loved it.  We started getting together to make music anyway [so] I asked what he thought about the idea of making a Christmas album. I kinda asked it shyly, like “Oh, he’s probably not gonna wanna do it. It sounds silly.” But he was totally into it. And we started sending songs back and forth, just obscure Christmas songs. We had this awesome playlist going and we both got really excited and inspired! And I started writing Christmas songs one week and they sort of helped me find my way into what this album was gonna be.  I wrote the ideas for five or six songs [in] one day. My brain was just kinda going nuts: Christmas ideas, little phrases, little melodies. And from that moment — [which] was probably in February or March — I got incredibly excited to do this. 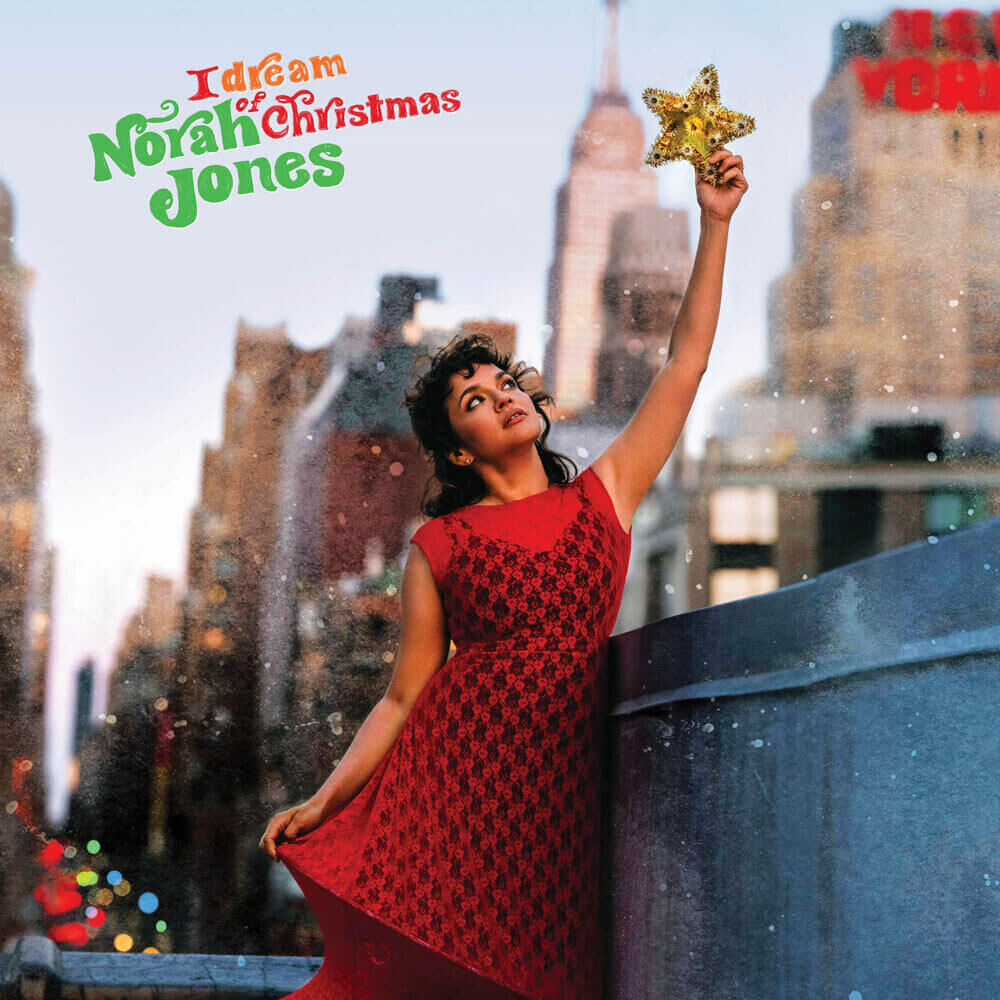 B: It was a nice touch to combine the more traditional Christmas songs that everyone knows [with] a few more obscure ones and [some] originals.  One that I wasn’t familiar with is the Frank Loesser tune, “What Are You Doing New Year’s Eve?” It’s a great way to end the album.

NJ: Yeah, I thought it would be a cool ender. I love that song. It’s more of a New Year’s Eve song but, you know, it’s the same season. I don’t know that *I* even knew that song growing up. But I somehow [discovered] it over the last several years, from the Ella Fitzgerald version.  And I hadn’t really heard it [recorded] by that many people, so I thought it’d be fun to try.

Holidays [for] the last 15 or so years, living in New York City, have been all about friends-giving and friends-Christmas, you know? Sometimes my Mom will come up and sometimes there will be family — but mostly it’s been friends. So for me, last holiday season was mostly missing that connection.

B: I also enjoyed your take on “Christmas Don’t Be Late” and wanted to specifically ask you about how the Chipmunks may have influenced you musically.

NJ: That one — I just thought it would be cool to do. Because when you break it down and take away the Chipmunks — who are very cute and very funny, but not what you wanna put on late at night on Christmas Eve  — it’s a great song. So I just wanted to kinda slow it down. I knew that it would be cool with harmonies. And I was specifically thinking of Sasha and Cat, like what would we do with this song? But it wasn’t really possible to get together when we were recording this, so I ended up doing the harmonies myself.  We took it out of the waltz time signature as well. I wanted to try it in 4/4; I didn’t feel like it had to be in that time signature to be good. So we did, and I think it works. It’s one of my favorites on the album.

B: I also wanted to ask you about one of *your* songs. “It’s Only Christmas Once A Year” is really pretty. The line that really jumped out at me was, “Last year was so hard with all the friends I couldn’t see.” You can tell me if I’m right or wrong, but that really [echoed what] a lot of us felt in 2020.

NJ: Yeah, I mean, that’s the pandemic Christmas song, right? A lot of people had that feeling with their family. I happened to be quarantined with my family so for me, it was my friends that I was missing. Holidays [for] the last 15 or so years, living in New York City, have been all about friends-giving and friends-Christmas, you know? Sometimes my Mom will come up and sometimes there will be family — but mostly it’s been friends. So for me, last holiday season was mostly missing that connection.

B: You’ve released four albums since last year: the Puss N’ Boots album, which I talked to the three of you about.  I was kinda shocked when Pick Me Up off the Floor came out later in 2020. Then this year, I know you released a live album. And [now] a Christmas album! I happen to love Pick Me Up. My understanding is that it came together accidentally, but it really flows as one piece of work. So I did wanna ask you a little bit about how that album came together.

NJ: In the beginning, I wasn’t trying to make an album. I was trying to make all these singles to avoid getting stuck in a busy album cycle — and just to keep myself on the road enough to enjoy it and not too much to keep me away from my kids. But in the process of making those singles, I started noticing that a few groupings of them were very much connected.  It was finished right before the pandemic started. And then when the pandemic was going on, it felt very pandemic-related, ‘cause it was kinda sad and lonely.

It’s also sort of what helped me come to making this Christmas album. I mean, the songs I write in general aren’t jolly (laughter.)  So I thought it would be [nice] to have something fun to work on! Not that working on sad songs breaks me down; it doesn’t. But there was just something about making a Christmas album. It felt like the right thing to sort of focus my year on, with no touring. But yeah, I love that album as well. And we made the Puss N’ Boots Christmas EP right before that! So it has been a busy few years in terms of recorded music.

B: I did wanna ask you about Puss N’ Boots too. Any plans in the next year or so for anything PNB-related?

NJ: Nothing yet. I think we are gonna plan on some shows next year. I know that we all *want* to get together. They’re gonna play in my band for some of this Christmas promo, which’ll be really fun. And it’ll be the first time the three of us are really in the room together [since before the pandemic]. I’ve seen Sasha a few times.  I got to sit in with her at Birdland for her jazz gig last week, which was super fun. But we haven’t all three been in a room together since all of this started. So we’re excited to get together again.

NJ: My goal is to tour. I feel like everyone else has already started touring, and I haven’t. So I’m really excited. I miss that primal thing of playing music in front of people and having that energy exchange. I love recording, but I do miss that.

Thanks Norah!  As always, it was a pleasure. - Dave Steinfeld