Zooey Deschanel, Ingrid Michaelson, and Female Animators and Illustrators Bring You a Magical Holiday Video that Won’t Make You Want to Puke 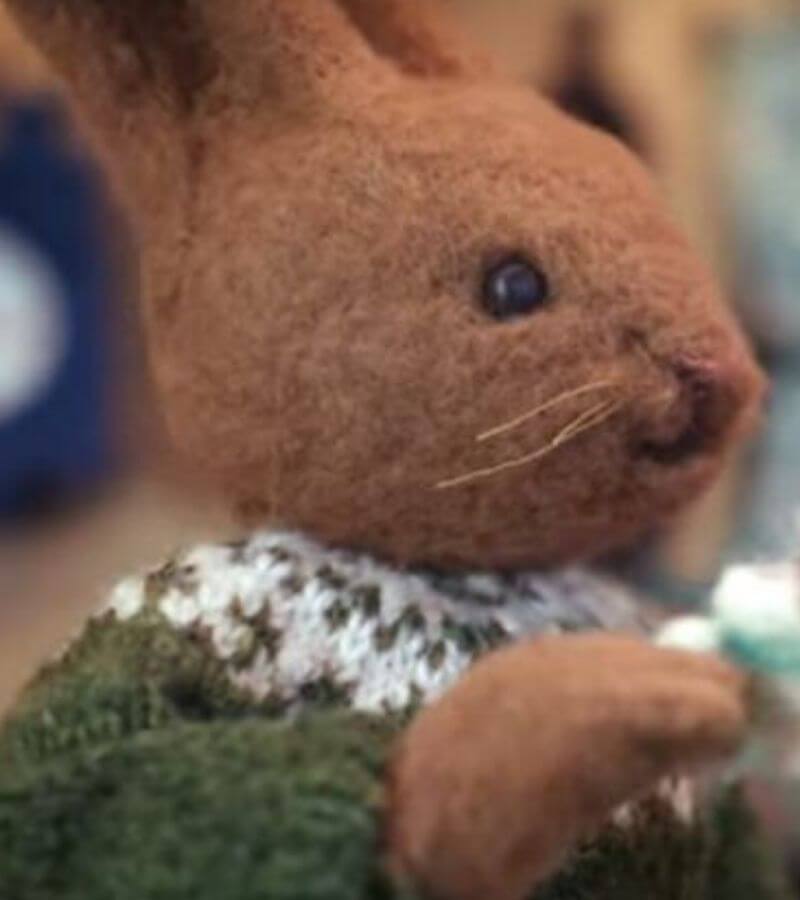 Zooey Deschanel and Ingrid Michaelson have cast their votes in the great “When Is It Too Early to Listen to Christmas Music” debate with a new song and adorable music video featuring animated, felted bunnies full of holiday cheer and cozy vibes.

The song, “Merry Christmas, Happy New Year” was written by Ingrid Michaelson and features Zooey Deschanel in a sweet and festive duet about being in love in winter and beyond. Both singers are no strangers to holiday music, Deschanel recorded A Very She & Him Christmas with M. Ward, her bandmate in the duo She & Him. Michaelson’s Songs for the Season is a nostalgia-filled record of holiday standards, and she dueted with Sara Bareilles on “Winter Song” in 2009.

But as sweet as the song is, it’s the video that really stands out. Made with needle felting technique, where wool is shaped into 3D objects using a small barbed needle, the video tells the love story of Bunny and Rabbit as they bake cookies, enjoy the fire, prepare for the holidays together, all in a snuggly world of wool.

The video is directed by animator and fiber artist Andrea Love and illustrator Phoebe Wahl, who collaborated before on the animated short film Tulip, a fibrous adaptation of Hans Christian Andersen’s Thumbelina. In addition to sharing the directing responsibilities, Love did the animation and fabrication for the music video, knitting teeny tiny sweaters on size 0 knitting needles.

Love is a self-taught animator and has a full-service studio in her basement in her home in Port Townsend, Washington. Her work is rich with detail, her “cooking with wool” series is especially delightful.

Wahl took charge of set and character design, her concept art just as evocative as the completed video. Living in Bellingham, Washington, her work is full of greenery and flowers, showcasing the best of the best of the Pacific Northwest fairy land. Wahl is a Kirkus Star-winning author and illustrator of children’s books and, in keeping with the "New Year" theme, has a line adorably illustrated calendars, greeting cards, and prints. Her brilliant designs for the characters Bunny and Rabbit seem straight out of a 1930s children's book.