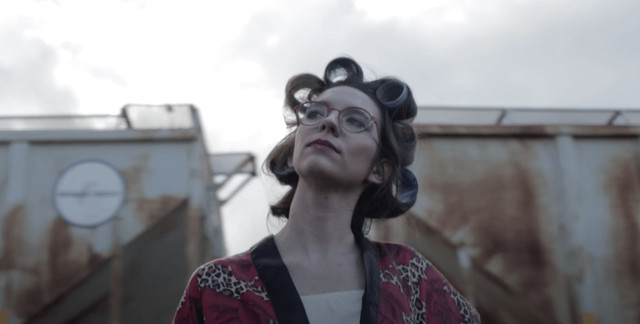 Boyfriend, the New Orleans-based multi-hyphenate musician who has written with Big Freedia, Charli XCX, and Pussy Riot, is notorious for her theatrical live shows. Decked out in rollers and vintage lingerie, Boyfriend coined the term "rap-cabaret" to best describe the vibe. Burlesque, aerial silk performers, drinking Monster Energy out of martini glasses, set pieces, crowdsurfing -- what could be a more natural step for such an interactive performer than... radio?

Boyfriend partnered with Amazing Radio, a British radio station founded in 2007, dedicated to exposure for new artists and boasting first radio plays for artists like HAIM, Dua Lipa, Alt-J, and The 1975.

“You will not hear Top 40 acts on my show…nor will you hear any cis-gendered men,” says Boyfriend. The biweekly two hour show includes interviews with artists and has no genre confines, indie rock bands like Chai and Japanese Breakfast are on the playlists but pop singer-songwriters like Kali Uchis and Slayyyter also pop up.

Boyfriend’s Amazing Radio slot is every other Wednesday from 8-10 pm CST, then archived and available anytime.

BUST: Why did you decide to partner with Amazing Radio and how did the show come about?

Boyfriend: I love that their focus is giving artists their first radio play, that's like an articulated mission. Radio specifically is still the old vanguard and if you don't have industry support it's just not even gonna happen, with the exception of some college radio stations. This is so cool because it's really a streamlined system where you just can upload your songs, regardless of if you have a manager or publisher, and then it’s a team of people like me, who have shows, who are deciding whether or not to play them. It feels so much more direct, the gatekeepers aren't labels, publishers, radio station heads, ClearChannel, giant corporate entities, it feels like a democratization of the radio.

B: Was it always your plan not to feature cis men and why was it important to you?

BF: Yes, always. It's less about not playing them, and more about there are so many women artists that I love and listen to, that have less than a million streams, that I want to share with people. I listen to a lot of women and that's what I wanted to showcase. Anyone whose identity equals challenge in life, that's the kind of people that I wanna play. Like, I have a transmasc friend and I'll probably play them, because it's not like they're having their cake and eating it too with the world. I'm not just playing people because they're not cis men, I'm playing them because they make good music.

B: What's the process like for putting a show together?

BF: There is an interface where I can see people uploading music to the Amazing Radio system. There's been a few times where I'm the very first person to listen, because I saw it pop up and there've been a couple artists where I gave them their first radio play, already. Honestly it's overwhelming, there's so many talented women making music that it's hard to keep up. I try to create little sonic clumps, so there's not really a genre to the show, which is true to my listening style. I like unapologetic pop, riot grrrl, I like what I called jacuzzi, neo-soul is maybe a better word for it. Each show you get different genre slices, it's a two hour show so if you're not liking the first fifteen minutes check back in another ten and it's probably gonna be a different energy.

B: How has the pandemic affected your creative process?

BF: 2020, I feel guilty for saying this, was actually a good year for me. Of course there's emotional turbulence for the globe, but the stillness was such a gift that I wasn't going to give to myself. I also was in the studio so much, the stillness was only in terms of travel. 2021 has not been as great, it's this weird middle place where there's aspects of normalcy which come with responsibilities, deadlines, expectations, pressure and then there's also aspects that are not normal, where we're still sort of adapting. Obviously it speaks to our capitalist society that we're barely a year out of this initial wave and it's already like, ok you need to be back to work, and there wasn't a reverence for acknowledging what we went through. Also I think my perception of time has totally changed, it's both expanded and collapsed and I don't know if it'll ever go back to feeling the way it used to feel. 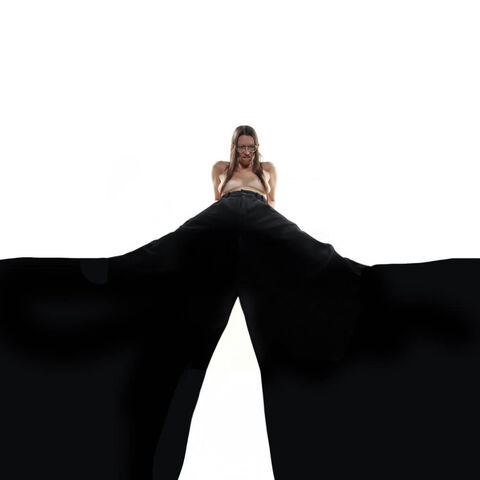 B: It sounds like you're working on another album?

BF: I am, I'm hoping to release it in early spring of next year and it will be chock full of features and that's probably all I should say.

B: Are you still songwriting for other artists?

BF: Big Freedia's my main collaborator in terms of songwriting and we love to work on Christmas music. I co-wrote and produced the entire Christmas project we released last year. We're just going to do one song this year. I'm a writer on three of the five songs on the latest EP, I wrote the song on the Space Jam soundtrack. I've had a lot of Big Freedia action this year. I've also started working with Slayyyter. Slayyyter just released a song with Big Freedia that I'm a writer on called "Stupid Boy."

B: What’s your favorite segment?

BF: I really love the interviews. I usually am on the receiving end so this is my first time asking questions, so that's been really fun to come up with questions that I would want to be asked and also questions that just feel like they could be entertaining to the listener regardless of their knowledge of the person who's talking. That was the goal. It's very possible someone could listen and be like, I have no idea who this person is they're just telling me about their period.

B: If you could invite anyone on the show, who would it be?

BF: Joni Mitchell. She’s my dream anything. Dream be-near-to, dream see perform, dream write with. And Flannery O'Connor if she were still with us.

B: How has living in New Orleans inspired your creativity?

BF: New Orleans has the unique position of being a great producer of music without a super heavy industry presence. Even though the music economy is a huge part of how New Orleans functions there's not a major label, there's not a major publisher, there's no major agency presence and it just changes the energy around everything. One of the drawbacks of lack of an industry presence is that it means an artist has to be able to get to one of the other cities to have those types of meetings. I happen to be in the very privileged position of being able to create music in New Orleans and being able to go to LA as well. I can't imagine my life without either one of the cities, it's kind of like right hand left hand for me.

The other thing about New Orleans is that the city is so in touch with its inner child, everybody's got a hot glue gun.

That is such a crucial aspect of the Boyfriend community of fans, there's this element of dress up and play. People come to the shows in lingerie and rollers and robes and I don't think that would be the case if I had tried to grow this thing from the jump in another city. In New Orleans the costume culture speaks to a greater prioritization of playfulness, which is a really important part of being a human. I'm on the anti-capitalist train, so everything is colored by that, but there's an act of resistance in doing something only for fun. There's something really rebellious about something as simple as putting a bunch of glitter on your face.

B: You're known for wild live shows and I'm wondering how doing a radio show, sort of the polar opposite experience, is treating you?

BF: It's so weird, I feel like this radio voice is a whole different voice than I've ever had. It's a little bit slower, and drops down an octave, and smooth. It's almost like I can't help but play this ridiculous character of "Radio DJ", when I open my mouth to talk that's what keeps coming out. There's a dropping away of this curtain, because the [live] shows are so theatrical, there's an element of role playing there that's not at all at work with the radio show. I'm just being myself, everything I'm saying, that's just me musing. 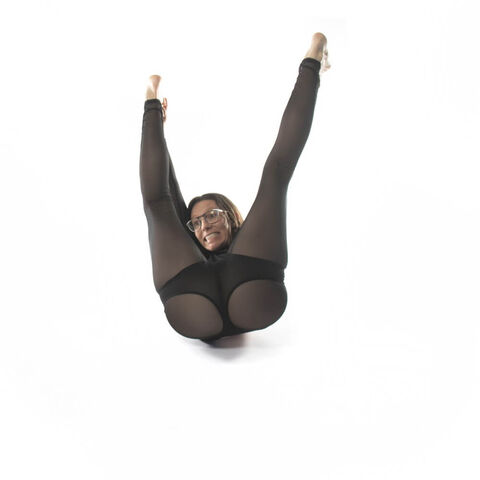 B: The show is framed like a “mid-week date” and you tell the listeners that you are our boyfriend for the next two hours. Can you talk about how you chose the name Boyfriend?

BF: When I chose that name that's always part of what it was, I'm going to step into this role. I overhear the word "boyfriend" ping ponging around my head like an annoying mosquito. "I really want a boyfriend" or "her boyfriend said this" or "can you believe that his boyfriend", so I was just trying to reach up in the air, grab it, and put it on myself like, ok y'all calm down, I'm your boyfriend now, I'm available all the time digitally. I'm the boyfriend that you want.