The Princess of Pop-Punk Avril Lavigne is Back With a New Single, "Bite Me" 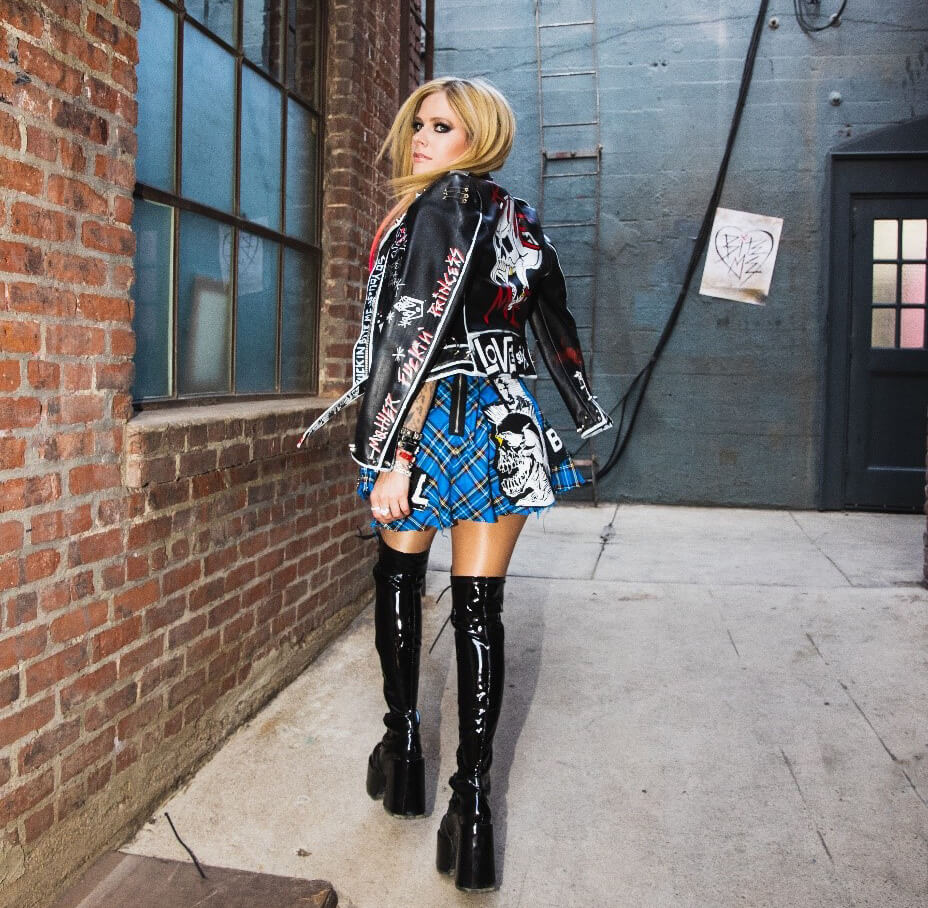 Avril Lavigne was the princess of 2000s pop-punk, and now, with her latest single, “Bite Me,” she’s right back on the throne. Released on Wednesday under Travis Barker’s label, DTA Records, “Bite Me” is the first taste of Lavigne’s upcoming, currently untitled seventh album, and it marks a triumphant return to her angsty rock roots.

Every line of “Bite Me” packs the same powerful punch as Lavigne’s early hits like “Girlfriend” and “Complicated,” using playful phrases like “I bet you taste me on the tip of your tongue / I fell fast when I know I should’ve run” to create a tongue-in-cheek “f*ck you” to a long-gone lover. Even when “Bite Me” cuts deep lyrically, it’s kept light-hearted by an upbeat guitar track and Lavigne’s trademark, sardonically sweet persona.

On a deeper level, “Bite Me” reinstates this persona as a form of retrospection and self-reflection for Lavigne. The song sounds straight out of the early 2000s in everything from its fiery lyrics to its catchy guitar riffs, but this time, Lavigne’s looking backward rather than inward.

It’s only been two years since the release of the 37-year-old singer’s last album, the pop-rock hit Head Above Water, but her return to punk has been a long time coming. Her first three albums, Let Go (2002), Under My Skin (2004), and The Best Damn Thing (2007) pulsed with all the adolescent anger and feisty girl power of the ‘00s punk scene. Songs like “Sk8er Boi” blew up as products of their time, when the skate park really was the hottest place to hang, and “rockin' up MTV” was the ultimate power move. By so perfectly capturing the ‘00s alt spirit, Lavigne became the “it girl” of the entire pop-punk genre.

But times change, and “it girls” aren’t forever. As Lavigne grew up, so did her music, moving from the youthful aggression of punk to a range of more vulnerable, understated pop ballads.

With her 2011 album Goodbye Lullaby, the then-26-year-old explored deeper personal themes than ever before and adopted a more stripped down, acoustic sound with the help of writer/record producer Max Martin, best known for his subsequent work on Taylor Swift's 1989. As Lavigne told Access at the time:

“I challenged myself and told myself to not hold back with the songwriting...Sometimes you can like, think, ‘What are people going to ask me about this song? What does that mean?’ But for me, I just allowed myself to kind of go there and to be really real.”

While the Canada native never fully shed her skate punk persona, her successive work continued to explore more adult themes, with less of the lively spunk that launched her career. Head Above Water especially denoted a “new” Avril, providing a raw and deeply personal window into her struggles with Lyme disease, which she was diagnosed with in 2014.

In Head Above Water, Lavigne slowed down her tempo and instead invested her songs with poetic introspection, reflecting on everything from divorce to misogyny to feeling “stuck” in mid-adulthood. Rather than continuing to use pop-punk staples like high-tempo hooks and distorted guitar, she expanded her instrumental base with piano, strings, and synths.

While some fans have lamented the loss of her more edgy original style, Lavigne has shown that she’s not afraid to change her music to match the changes in her life. With every new release, she’s proven herself to be an endlessly evolving, adaptable artist; willing to subvert expectations with her lyrics and explore new genres without ever abandoning her roots as a combat-boot-wearing rebel.

This is more evident than ever in “Bite Me,” wherein the singer/songwriter returns to her early themes of youthful rebellion through a new, nostalgic lens. Her words may hold the same attitude as her early work, but it’s also clear that she’s coming from a far more mature, grounded place. She’s still the same 17-year-old in an army jacket but also a veteran of heartache, who’s learned her lesson too many times to be fooled again.

“Bite Me”’s 2000s nostalgia couldn't have come at a better time, as the pop-punk genre has found new momentum this year. Willow Smith, whom Lavigne recently collaborated with, moved from alt-r&b to punk with her latest album, lately i feel EVERYTHING, which debuted at number 46 on the US Billboard 200.

Meanwhile, artists such as pop-punk trio Meet Me @ The Altar and singer/songwriter jxdn have exploded onto the scene in recent months and generated new buzz about where the pop-punk genre will go next.

While it’s hard to say how pop-punk will evolve, one thing’s for certain: Avril Lavigne is still the undisputed “motherf*cking princess.” Whether you already know and love her or want to dip your toes into her work for the first time, “Bite Me” is well worth a listen. Check it out below, and stay tuned for more details on Lavigne’s upcoming album!