Les Sewing Sisters, Experimental Japanese Artists, Are Back With An Album Produced Out Of Sewing Machines' Sounds 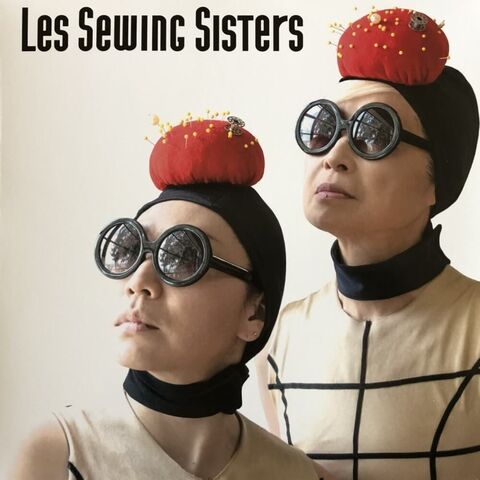 NO GUITARS, NO drums, no synths.The nine tracks on the self-titled Les Sewing Sisters LP were made entirely with vocals and samples of sounds made by sewing machines. Though a listener probably wouldn’t immediately recognize the singular source, the result is a collection of industrial musique concrete/electronic-pop songs about sewing, fabric, and dressmaking delivered via repetitive, steely vocals. Formed in 2016 by Japanese born, L.A.-based costume designer Saori Mitome and conceptual artist Lun*na Menoh, Les Sewing Sisters uses music as only one aspect of the group’s performance art. For example, on the “Les Sewing Sisters Home Tour,” Mitome and Menoh played 22 very intimate shows that took place in people’s closets across L.A. If you’d like to know more about what kind of person would conceptualize a project like this, Who Is Lun*na Menoh? might have some answers. Comprised of footage shot over the course of 12 years, the documentary (within a documentary), follows Menoh’s prolific career as a multimedia artist. Her focus is fashion, which she has expressed by collecting men’s dirty white shirt collars, then creating intricate and bizarre sculptural outfits for both art galleries and the runway, exploring clothing as social identify, highlighting apparel’s gender biases, and so much more. From conversations with her mentor from her early art-school days in Japan to the band Sparks describing Menoh’s magnetism as an underground L.A. music star, the film is scrappy, endearing, and witty. And even at an hour and 21 minutes, viewers still get the feeling it’s onlya tiny glimpse into the fantastical mind of Lun*na Menoh. –EMILY NOKES