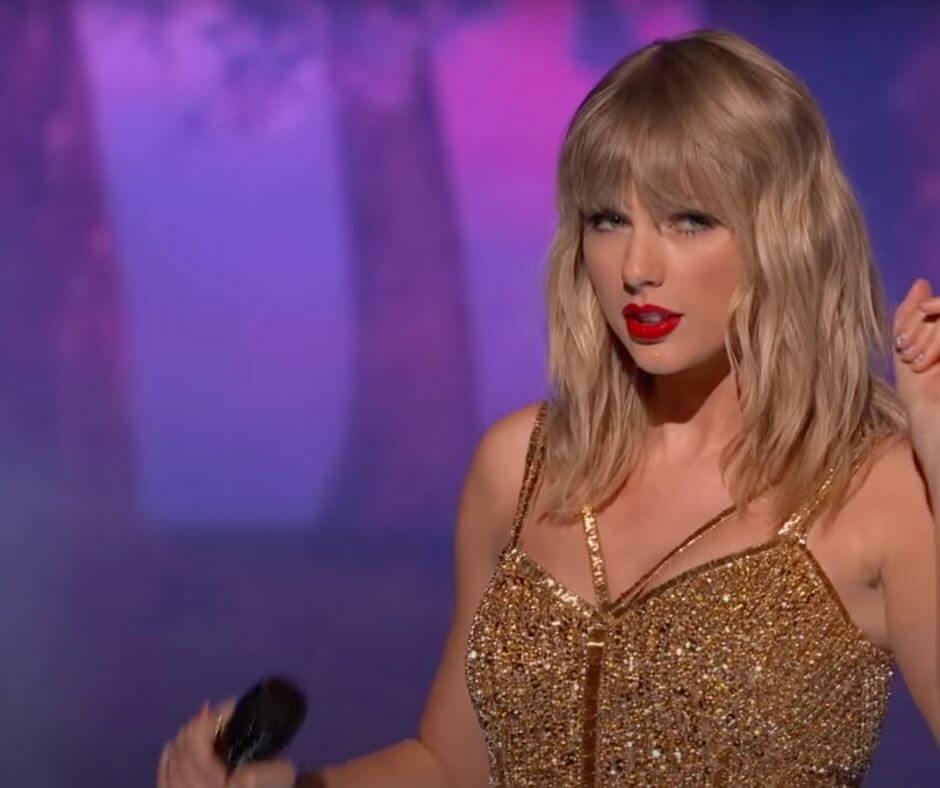 Fall can often be the time that a summer romance turns sour. So what better way to mend a broken heart than to scream along with Taylor Swift’s “I Knew You Were Trouble”? Nearly a decade after its release, Swift’s Red is getting a revamp as the next album in her lineup of re-recordings. Set to release on November 12th, we are one week away from channeling major 2012 nostalgia with Red (Taylor’s Version). Since Swift released her highly-anticipated Fearless (Taylor’s Version) back in April 2021, many Swifties have been speculating on her next release. September had Tik Tok flooded with her latest rendition of “Wildest Dreams,” and the hype for Red is just starting to kick in.

The battle between Swift and music manager Scooter Braun was put on public display back in 2019 when Swift’s masters were sold from her previous record label to Braun. Initially, the 15-year-old Swift had been signed to Big Machine Records back in 2005, which gave the label ownership rights to the masters of her first six albums. A master is the official recording of a song, sound, or performance. Having ownership of masters gives over complete financial control and access to third-party licensing. In 2018, Swift made her switch to a new label, Republic Records and Universal Music Group, which would allow her to own the master recordings for her future albums. This news, however, was overshadowed shortly after when Swift’s old records were sold without her consent to Ithaca Holdings LLC, under ownership by none other than Scooter Braun himself. Famously known as the record executive and music manager for stars like Justin Bieber and Ariana Grande, Scooter Braun bought Swift’s music catalog for a whopping $300 million. In a detailed Tumblr post, Swift has accused Braun of “stripping” her of her life’s work, and that Braun was “bullying her on social media when she was at her lowest point.” Although Braun has denied such accusations, the controversy got social media stirring up the drama, with Justin Bieber further backing up his manager. Sides were beginning to form online, similar to the 2016 feud between Swift and Kanye West. Swift ultimately decided to flip the script, and re-record all of her old albums so that she would have complete control over her masters.

Swift’s sophomore album Fearless was released in 2008, reigning supreme on the Billboard 200 for eleven weeks. Her album was later certified diamond by the RIAA in 2017 after exceeding 10 million album sales and streams. Featuring some of her biggest hits to date, such as “Love Story” and “You Belong With Me,” it’s no surprise that Fearless was the first album for Swift to re-record. The blend of pop and country was seemingly revolutionary, applauded in an article from Slate: “It went on arguably to revitalize the whole country-music market in a moribund phase, to become her first No. 1 crossover pop album, and to win her first of three Album of the Year Grammy awards”

Reminiscent of autumn heartbreak, Red (Taylor’s Version) is expected to make an even more significant impact than the rerelease of Fearless. Swift is set to make back-to-back appearances on both “The Tonight Show” and “Late Night” hours before her album drops on November 12th. On Twitter, Jimmy Fallon posted a preview of his bulletin board of guests, tacking up a name card for Ms. Swift as the chorus of “I Knew You Were Trouble” blares in the background. Swift is also set as the musical guest for SNL on November 13th, where fans anticipate the long-sought-after 10-minute version for the fan-favorite, “All Too Well.”

On November 5th, Swift took to her socials to tease the upcoming short film “All Too Well,” written and directed by Swift herself. Starring alongside Stranger Things’ Sadie Sink and Maze Runner’s Dylan O’Brien, Swift shared a 30-second trailer of an autumnal backroad. This film is also set to release alongside Red (Taylor’s Version) on November 12th. Check out the teaser below!

Tags: taylor swift , red , fearless , country , pop , album
Support Feminist Media!
During these troubling political times, independent feminist media is more vital than ever. If our bold, uncensored reporting on women’s issues is important to you, please consider making a donation of $5, $25, $50, or whatever you can afford, to protect and sustain BUST.com.
Thanks so much—we can’t spell BUST without U.