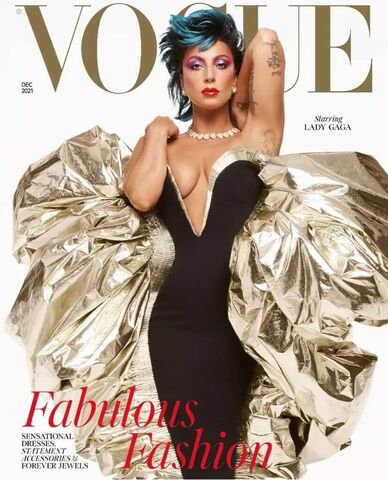 That time of year where we all love to cosy up by the fire with a cup of hot chocolate and a copy of Vogue’s December issue has returned. And as always, Vogue has not left us unimpressed. Being released for sale on November 5th, British Vogue has chosen the pop-sensation turned award-winning actress, Lady Gaga, as their cover. And of course, in true Gaga style, the ‘Bad Romance’ singer expresses her confidence in her body and eccentric fashion sense in a shoot by Steven Miesel. All the while, she reveals what it was like to film her second movie, House of Gucci.

On the magazine’s cover, Lady Gaga embodies her eccentric self by wearing a Schiaparelli dress that was inspired by a 1930s “shocking perfume bottle.” This may sound like the opposite of fashionable, but of course Lady Gaga rocks the garment- she is the Queen of wild outfits.

The current creative director, Daniel Roseberry, said of making the garment: “It was one of those great moments where the technique led the design.” “We didn’t know what the final result would look like until it was finished.” 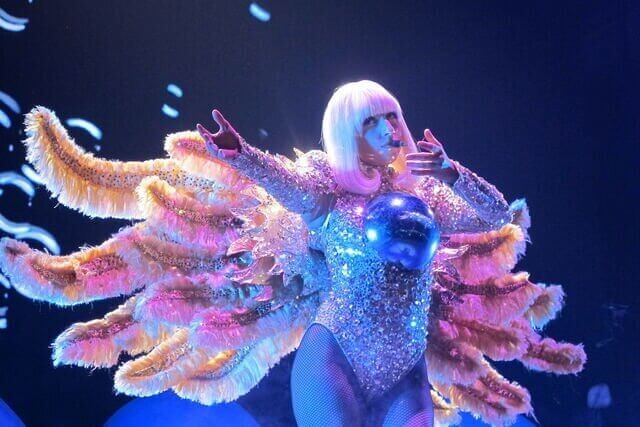 Vogue writes that “it took five fittings to execute the undulating silk taffeta sleeves, which frame the black matte wool crepe dress in a cloud of gold lamé, and mere moments for British Vogue editor-in-chief Edward Enninful to recognise it as the one for Gaga.”

In the December 2021 shoot, Gaga also fights back against the haters who have obsessed over her body over the years by posing nude. In this stunning, black and white photo, Gaga shares the slightest glance of her bare breast and confidently looks straight into the camera, revealing her famous face. Flaunting a cropped and heavily back-combed hairdo, Gaga puts the ‘G’ in glamorous in a persona we’ve never seen her embody before. However, it’s her oozing confidence in her own naked skin that makes this photo the flawless piece of elegant art it is.