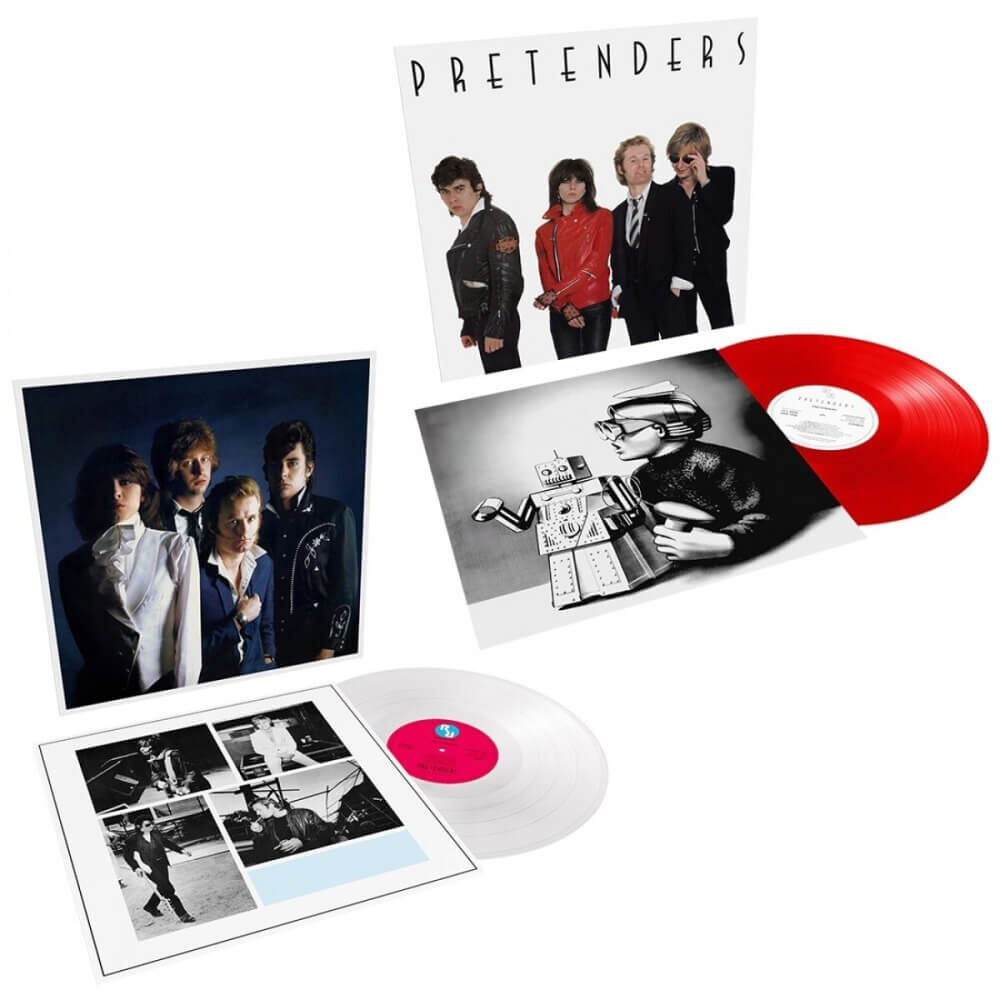 Chrissie Hynde is many things. She’s the leader of her band, Pretenders (founded in 1978), a proficient rhythm guitarist, songwriter, a fashion icon, and has one of the most unmistakably unique voices ever. Chrissie was Punk before it had a name, a vegetarian, vegan, and an activist for ecological and animal awareness years before it was trendy. She has been arrested for PETA’s various protests over the years more times than one could count. Ms. Hynde always take charge and does things her way. Chrissie would never tell you any of this because she’s something most attention seeking people in the public eye aren’t – and that’s modest. In other words, cool as all Hell.

Now for the 40th and 41st anniversaries of Pretenders and Pretenders II, Rhino records is re-releasing these classic albums in three CD, deluxe editions and on limited editon red and white vinyl curated by Chrissie herself. From the opening killer track “Precious” to the frenzied “Tattooed Love Boys,” the heartbreaking story of “Kid” to the slinky Pop Reggae vibe of “Brass In Pocket” Pretenders is one of the all time spectacular debut albums ever.

It’s follow up, Pretenders II, continued to demonstrate Chrissie’s and her brilliant band’s, Martin Chambers (Drums), Pete Farndon (Bass), and James “Honeyman” Scott (lead Guitar), musical prowess and that it’s predecessor wasn’t just a fluke. Scorchers like “The Adultress,” “Bad Boys Get Spanked,” are here along with hit singles “Message Of Love,” “Talk Of The Town,” and the soothing cover version of The Kinks’ classic “I Go To Sleep.”

There’s groovy extra tracks including single B-sides, alternative takes, and live recordings from the first two tours which the band embarked on. Those of us already in the know about this fantabulous group will be thrilled with all these featured extras. This also gives newbies a chance to discover one of the most iconic bands that ever existed. Just give both of these musical gems a spin and it’ll be obvious why Chrissie Hynde and Co. are special. So special.