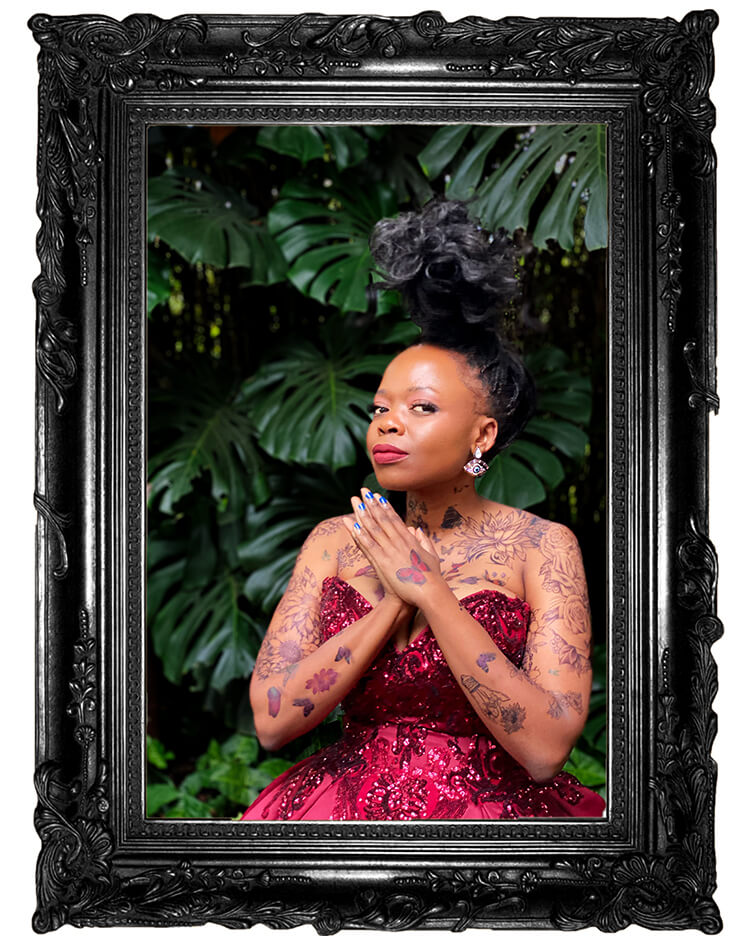 Tuelo is a singer and songwriter from South Africa who beautifully blends punk, rock, and soul into her music, and today she's released a music video for her song “Saint Margaret”; an ode to her familial matriarch. The singer, whose full name is Tuelo Minah, took inspiration for this song by reflecting on the virtues we learn from our parents, and the way they shape our lives. In her music, Tuelo uses her voice to create soulful art-rock, inspired by the traditions of South African protest music and the polyrhythms and tonalities of her native Tswana and Khoikhoi tribes.

The song was originally released in 2017, but the music video was released today. Embodying her South African roots, the video includes archetypes of her culture to symbolise her appreciation for her mother. The video metaphorically examines three themes of maternity: remembrance, honor, and nurture.

Set in a finca (farm house) outside of Santa Fe de Antioquia in Colombia, Tuelo dances around the stunning setting in an all-yellow ensemble that radiates positivity while her creative/musical collaborator, Kevin Wenzel, stumbles onto the scene and collapses on the floor. After helping him back up, Tuelo runs off into the luminous greenery and Wenzel observes the beauties of nature surrounding him. Never focusing on Tuelo’s face, the camera unveils fragments of the singer lending Wenzel a motherly hand throughout the video, telling a story of selfless giving and love. The simplicity of the two characters’ actions allows the audience to focus on Tuelo’s smooth and wailing voice, which is like sugar to the ear.

The video also sets the scene for what will become a multi-part music film which will reveal itself along with her forthcoming debut album, including a teaser for the next installment at the end. "I wrote the song Saint Margaret for my mother... I wanted to remember how mum has always been a source of refuge, how kind, generous and important she is to me,” Tuelo said regarding the video.  “She loves flowers, but lives in the desert, so the setting for the shoot was what I imagined her dream garden would be like. In the video, I symbolically used the 'languages of love' from an African perspective to convey the story of a journey: giving power through a walking stick, being cleansed with water, being fed (mum loves to feed people), and in parts of Africa after a funeral, the family is given new shoes/sandals to wear as a symbol of moving on,” the singer continued.

“The last element is the necklace as a remembrance of the grace of mum. As a sum, the video is about safety—a primary issue for me —and a major theme of the [forthcoming] album.”

Tuelo was raised on a remote farm amid a political upheaval during the end of apartheid in South Africa, and it is clear that her upbringing inspires her music. The raw and husky-voiced singer didn’t consider herself a musician until she moved to New York City by herself at the young age  of 17, where she worked as a vocalist.  While in New York, Tuelo appeared on The Late Show with David Letterman and created Grammy-winning albums like Angelique Kidjo’s Eve and Sings. When the song was released back in 2017, it debuted in Consequence, which called it “a warm and simple bit of revival folk.” Afropunk praised the song as  “an inspiring and spiritual experience,” and Huffington Post called her "New York's Best Singer (and the world’s).”

Alongside this flawless song and music video, Tuelo has also has a line of upcoming North American tour dates which kicks off on October 30th at NYC’s Rockwood Music Hall. See all dates below.