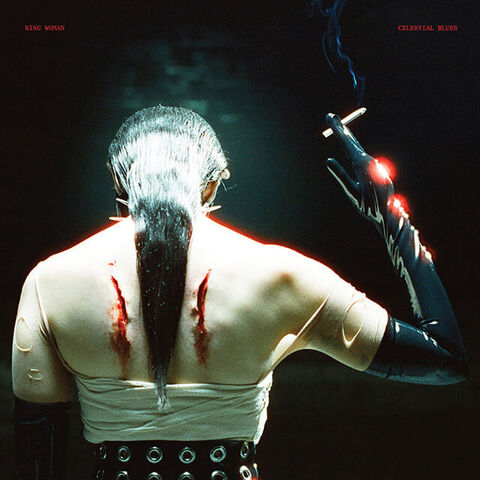 King Woman fans who have been waiting for a new record since the 2017 debut, Created in the Image of Suffering, will have their patience rewarded with Celestial Blues. These nine doom-metal/ shoegaze tracks bring us what we’ve come to expect from vocalist and band mastermind Kristina Esfandiari (who also performs as Dalmatian, Miserable, and NGHTCRWLR) and then some. From the striking album imagery to lyrics that reckon with a religious upbringing and struggles with trauma and mental illness, Esfandiari is at home in soft, sad songs as well as impassioned, pained screaming. Go ahead and get your hot-girl summer/hot-girl suffer on. –Adison Herron-Wheeler

Tags: Kristina Esfandiari , King Woman , Celestial Blues , doom-metal , shoegaze
Support Feminist Media!
During these troubling political times, independent feminist media is more vital than ever. If our bold, uncensored reporting on women’s issues is important to you, please consider making a donation of $5, $25, $50, or whatever you can afford, to protect and sustain BUST.com.
Thanks so much—we can’t spell BUST without U.