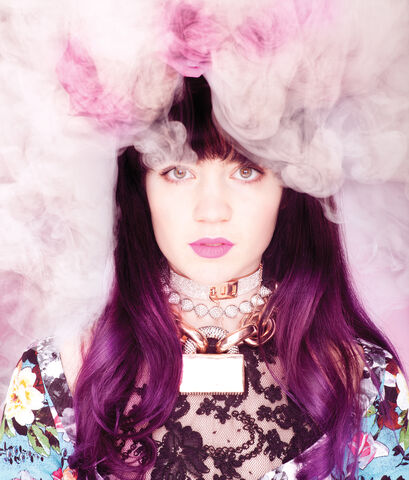 Becoming a mother has been long identified as a woman’s main “role” amongst patriarchs, but motherhood is certainly not for everyone, nor does it come easy to many. In a video for Vogue, Musician Grimes, 33, challenged the expected role of the “mother” when she revealed that her 16-month-old son X Æ A-Xii, X for short, with Elon Musk, calls her by her first name.

Grimes, whose real name is Claire Boucher, told the camera:

Being a mother feels weird to say. For some reason I don’t Identify with that word.

“X, he says ‘Claire,’ but he doesn’t say ‘mama.’  Like maybe he can sense my distaste for the word ‘mother.’ Which, I don’t even know why I have a distaste for it, because I respect it… I just don’t identify with it weirdly.”

Born in May 2020 and nicknamed X, the famous parents have gotten used to questions surrounding their son’s nuanced name. The Canadian-born singer broke down the name’s meaning for fans in a tweet where she says "X" is "the unknown variable," while "Æ" is the elven spelling of Ai (love &/or Artificial intelligence)." The tweet also reveals that X’s full name was inspired by the  “CIA's Lockheed A-12 reconnaissance plane. "A-12 = precursor to SR-17 (our favorite aircraft).”

Grimes told Rolling Stone  that her song “So Heavy I Fell Through the Earth” is “about getting pregnant- the sort of tragedy of agreeing to it, even though it’s a great thing.” What Grimes is hinting at, is the expectation posed on women and especially wives to become mothers. Motherhood is often construed as a duty to womanhood rather than a choice.

She went on to say that, "For a girl, it's sacrificing your body and your freedom. It's a pretty crazy sacrifice and only half of the population has to do it. It was really profound to me when I decided I was going to do it, to actually go through the act of unprotected sex."

Although Grimes’ words may appear to be in opposition to motherhood, she tells Vogue while getting ready for the Met Gala that being pregnant “was a kind of rebirth for me, like artistically” and that like herself, her son enjoys “radical art. “I’ve watched 'Apocalypse Now' and stuff with my baby," she explains.”

The former BUST covergirl is a non-traditional mom for sure, and we're totally here for it.