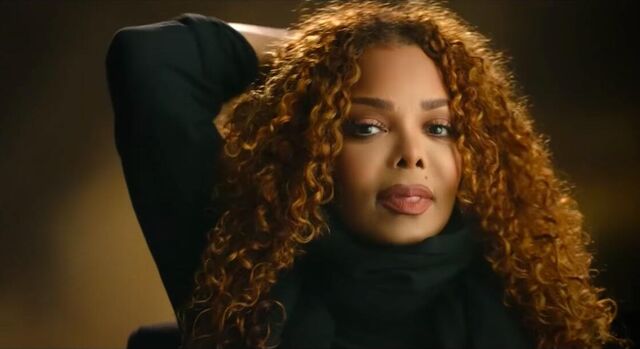 Janet Jackson took to social media on Monday to tease the release of Janet, a two-part documentary about her life that will air on both Lifetime and A&E. Slated for a January 2022 release, the film will coincide with the 40th anniversary of her first album, Janet Jackson (1982).

It also follows the addition of her music to the Library of Congress’ National Recording Registry earlier this year, an honor bestowed annually to 25 recordings that express the “diversity of American recorded sound heritage.”

“When I was 17 I did what people told me,” Jackson sings in the trailer. “But that was long ago, I'm in control, never gonna stop.” It’s a fitting mantra for Jackson’s career, which has been marked by her constant reinvention of racial and gender barriers and breaking of sexual taboos in her music.

The film includes intimate interviews with Jackson herself, her siblings, and her famous peers, including Missy Elliott and Mariah Carey. Weaving together first-look concert clips, old family videos, and decades’ worth of behind-the-scenes footage, Janet reveals the good, bad, and ugly of a life in the limelight.

Over five years in the making, this four-hour doc provides an all-access look into Jackson’s legendary career. From her beginnings as the baby of the Jackson family to the iconic performances that cemented her place in pop culture, Janet brings all the juicy details of superstardom to light.

“This is the truth,” Jackson says in the teaser trailer.  “Take it or leave it, love it or hate it, this is me.”

Jackson is an executive producer on the project along with her brother, Randy Jackson. Check out the teaser below, and stay tuned for official release date announcements!

After 5 Years, Rapper Angel Haze Is Back With A New Single, And A Whole New Perspective On Herself

"Reclaiming Amy": Her Story Of Stardom Is More Complicated Than It Seems

Tags: Janet Jackson , Janet , documentary , Lifetime , A&E , new lifetime documentary.
Support Feminist Media!
During these troubling political times, independent feminist media is more vital than ever. If our bold, uncensored reporting on women’s issues is important to you, please consider making a donation of $5, $25, $50, or whatever you can afford, to protect and sustain BUST.com.
Thanks so much—we can’t spell BUST without U.