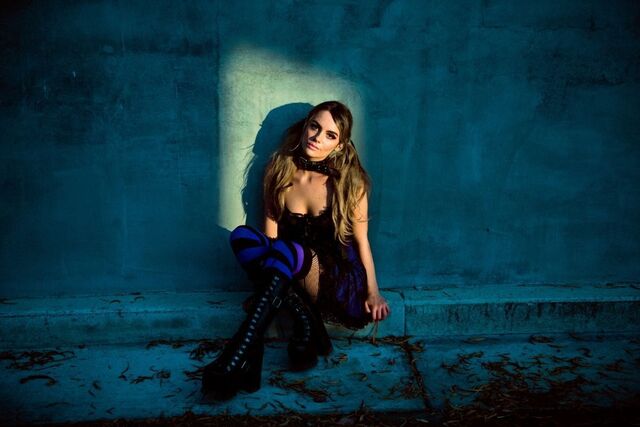 Following suit of artists who are bringing back the early 2000s such as Dua Lipa and Doja Cat, Chelsea Collins, singer, songwriter and producer, is doing her part to ensure that pop stays as lively and fun as we need it to be. The 22-year convinced her parents to move from San Francisco to Los Angeles while she was in high school so that she could further pursue her music. Since then the singer has released singles such as “07 Britney," an upbeat pop ode to none other than Britney Spears, and “Open Your Mouth," a song that uses a lively beat to juxtapose the lyrics describing a toxic and frustrating relationship.

Collin’s new hyper pop song “Wake Up At Our Funeral” mirrors the style of early 2000’s pop icons like Lady Gaga and Britney Spears. The song dives into the alluring dangers and magnetic pull certain relationships can have and is out on August 27. BUST sat down with Chelsea and talk about her new music, the obstacles she has had to overcome as a woman in producing and what inspires her music.

[This interview has been edited for brevity and clarity]

BUST: How was the transition from high school in the San Francisco area to moving to Los Angeles and pursuing a career in music?

Chelsea Collins: I was actually like a YouTube cover singer. And so somebody who had written some songs for Justin Bieber was out here and had wanted to meet. And I also really wanted to leave my hometown. So I'd convinced my parents to move here. And then, the second day moving here, I started working with that guy. And that didn't work out. But that kind of started to lead to other opportunities and meeting more people and finding where I belong in the industry.

BUST: A lot of your music draws influence from early 2000s pop music. What about this era draws you in?

CC: I just think that nothing was that serious. Like, everything was kind of just, playful. I think there was maybe a little bit more emphasis on lyrics. Maybe I feel like it's coming back. But there's a lot of vibey music and cool kid music and lo-fi and I'm such a nerd. I just can't be as cool as that.

BUST: Who were your biggest influences from that era?

CC: I would say, as a little little kid, it was Gwen Stefani and Britney [Spears] and as a preteen, it was Kanye [West] and Taylor [Swift]. And overall, the one person who I looked up to on a musicality level, not an artist level was Max Martin. I had read that he also did classical piano and started out in a rock band, and I feel you, Max. Like, I love rock music, and I do classical piano. So I've always called him my second dad.

BUST: Take me through your songwriting and producing process of your new song “Wake Up At Our Funeral.”

CC: That actually was one of the first sessions I did during quarantine over Zoom. I generally can't do Zoom sessions. But that one actually, was really good. And I had not gone to sleep. I just stayed up and pulled an all-nighter. And I was working with the two guys that I did the song with the next day. And I was like, freaked out because I just was like, “Oh my god, I haven't slept.” But it started out as a song that was just to a guitar riff for a few months, and then eventually the production just came together. So I think, just in general, I like to start all my songs on an instrument. See if it passes the test of time, and then if it sounds good a few months later, just on a guitar then I’m like, “Okay, maybe I'll produce it.” 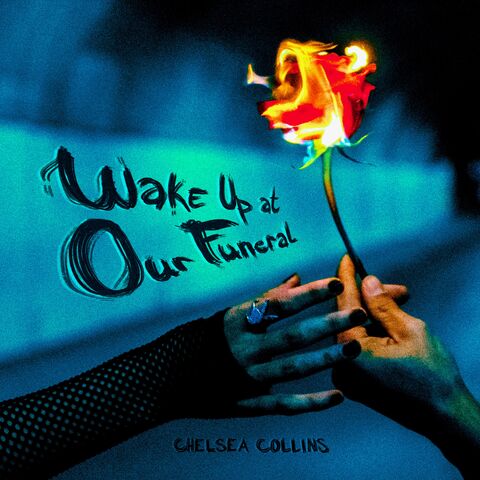 BUST: So the visualizer for “Wake Up at Our Funeral” takes place at the Hollywood Forever Cemetery. How did this idea come to play?

CC: Well, there's that mausoleum there that I think is super beautiful and I think the vibe I wanted the visualizer to capture is just kind of like, even if something is dying, it can still be beautiful. Then we got kicked out which is why there are no graves and stuff but anyways, but the mausoleum was sick and yeah, it's just like, even though there are dead people, it's certainly pretty. And after we gave them roses.

BUST: What are some obstacles you have had to overcome as a woman in a male-dominated field such as production?

CC: I guess just like getting people to believe you even when you say you make something. I did an all-women's camp and it was really interesting. I felt so comfortable and happy and excited to be producing but if I'm in a session and I'm producing in front of guys, it's almost like you can feel them staring at you and waiting for you to fuck up because they don't want to believe you can do something. But I guess just like getting over the fear of not giving a fuck if you're in that situation. You know, if you're there and you're there for a reason, and you know what you're doing so I guess it's just kind of like believing in yourself even when people try to put you in a box.

BUST: What advice would you give to other girls trying to make it in production?

CC: I think my biggest hurdle was trying to know if I'm doing everything right, technically, and then as I started to learn going on, as long as something sounds really good, it doesn't matter if you're using the same technicality as Zedd. I think, just to sit down at your computer, or if you know an instrument just spend the hours and sit at your computer and, don't like freak out over the little plugins and that kind of stuff, because I still have no idea what with like some frequencies, but if you just mess around with things you can figure out like, “Okay, this sounds like what Ariana Grande did here so maybe I’m on the right track.”

BUST: You've had the chance to collaborate with some pretty well-known artists most recently being Swae Lee. Who is your dream collaboration?

CC: Dolly Parton. I love her tone and her vibrato and like, she's just a timeless songwriter and the fact that she wrote “Jolene” and “I Will Always Love You” on the same day is just crazy. I don't know how you do something like that. And she wrote them alone, too, which is like, I guess because she's such a crazy songwriter. It'd be such a nostalgic thing for me. And I grew up listening to a lot of not like new country music, but really like old vintage country music. So I'd love to do a crossover.

BUST: So what is next on your radar?

CC: I have my first EP done. And that kind of just shows like a layer of me. But I guess Next, I plan to like the month of September to go to the middle of nowhere and just sit by a lake with my brother and make it like a full project. I think I want to dive more into music that is more introspective. So I guess what's next is I'm going to be going away to a lake hiding and making introspective music.

Tags: Chelsea Collins , Y2K , pop , single , Wake Up At Our Funeral
Support Feminist Media!
During these troubling political times, independent feminist media is more vital than ever. If our bold, uncensored reporting on women’s issues is important to you, please consider making a donation of $5, $25, $50, or whatever you can afford, to protect and sustain BUST.com.
Thanks so much—we can’t spell BUST without U.