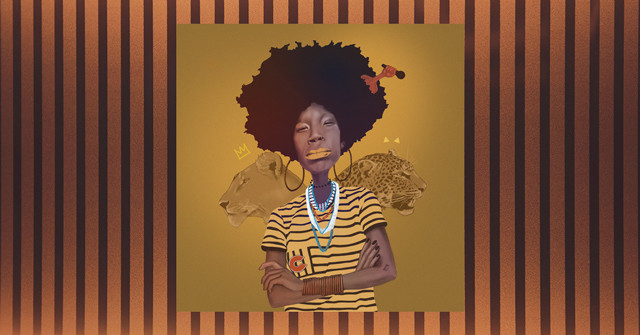 VWETO IIIradiates power. This third installment in Georgia Anne Muldrow’s astral, vibed-out, hip-hop beat series is both an amp-up and come-down—all trippy textures and stomping kicks, looping like a personal soundtrack to all the times you’ve felt invincible. It’s largely instrumental,but the sound design slots into that front-person role. Muldrow herself composed, performed, recorded, produced, mixed,andmastered this record, unearthing her soundscapes with freedom and precision—whether on the reverbed funk of “Old Jack Swing,” the neon ’80s hype of“Unforgettable,” or the freeform of “Grungepiece.” Put on headphones, soak up the environments, repeat often. –Mollie Wells

ADVERTISEMENT
Tags: Georgia Anne Muldrow' , Vweto III , trip-hop , hip-hop beats.
Support Feminist Media!
During these troubling political times, independent feminist media is more vital than ever. If our bold, uncensored reporting on women’s issues is important to you, please consider making a donation of $5, $25, $50, or whatever you can afford, to protect and sustain BUST.com.
Thanks so much—we can’t spell BUST without U.