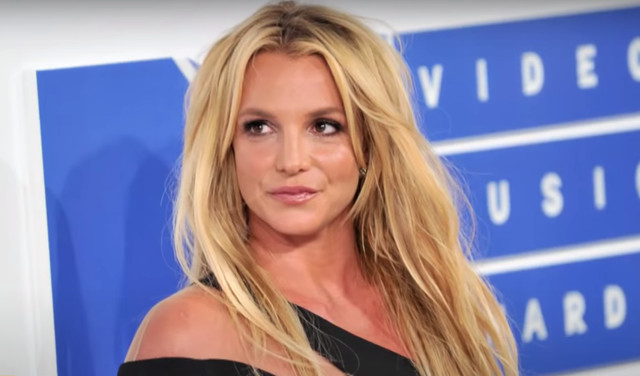 Britney Spears has declared on Instagram that she's done with performing until her dad steps down from her conservatorship. "For those of you who choose to criticize my dancing videos... look I'm not gonna be performing on any stages anytime soon with my dad handling what I wear, say, do, or think!!!!” Britney announced in her post. She then went on to say that she would rather dance in her living room than be controlled on stage. Jamie Spears has been left as the sole conservator of Britney Spears’ finances following the resignation of Britney’s manager, Larry Rudolph, and Bessemer Trust, a professional wealth management firm that was meant to become the co-conservator of Britney’s estate along with her father.

Spears and her new lawyer, Mathew Rosengart, both want dad Jamie Spears to take a hike and relinquish his role as his daughter’s conservator. Former federal prosecutor Rosengart was chosen a few weeks following Judge Brenda Penny’s ruling that Spears be able to select her own legal representation. This decision came about after the resignation of Spears’ previous lawyer Samuel Ingham III who asked to be dismissed as a result of the public court hearing in which Spears condemned her conservatorship, calling it “abusive.”

The pop-icon has made it abundantly clear that her father is the main ringleader in the battle to keep her under lock and key. Papa-Spears has maintained an iron grip over what his daughter wears, her diet, and what she posts, in addition to enforcing 70-hour work weeks. The conservatorship also bars her from marrying or having more children. She told NBC News that she wants to get rid of her dad and charge him with conservatorship abuse, adding that “this conservatorship has allowed my dad to ruin my life."

Spears’ new attorney Mathew Rosengart, told CNN reporters just outside of the courthouse that they will “be moving promptly and aggressively for his removal.”  For now, Spears is trying to make the best of her situation: posting videos of herself doing cartwheels, horseback riding, and dancing from the comforts of her home.

Britney Spears Calls For An End To Her Conservatorship, Says She Isn't Allowed To Marry And Have Kid