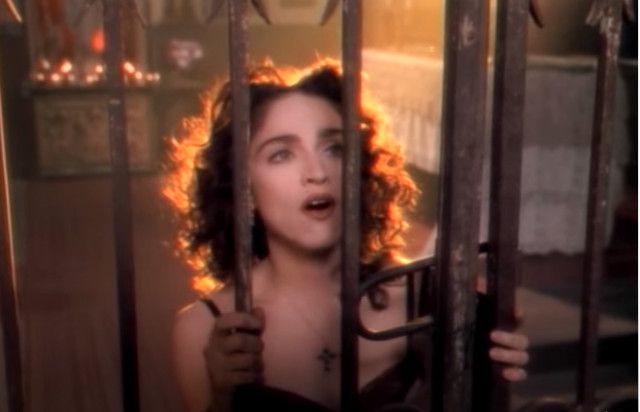 It is hot girl summer, yes. But maybe it is also blasphemous babe beach season? (Question mark intended to be read aloud for emphasis.)

Rarely can you find a more interesting and profound mix of religion, sex, and love than in the music that artists of past and present have blessed us with. Included below are songs for you to meditate on the power and practice of love, lust, and longing, in whatever form they may take this summer.

Like a virgin...oh no, wait, wrong song. Arguably, there is no one more iconic for bringing sex and religion into the public square of pop culture. She is a pop legend and so is this song. She performed “Like A Prayer” for 2018’s Met Gala, themed “Heavenly Bodies: Fashion and the Catholic Imagination," and also a cover of the following song.

Stuffed with biblical and religious imagery, Cohen’s enduring classic is forever penetrating and perennially dissected. It feels like a prayer because it is one: a prayer on music and the inarticulable emotions of life (the hallelujah) that often come from all kinds of religious or non-religious experiences.

In the track that first raised the Irish singer-songwriter to prominence, “Take Me To Church” combines the central metaphor between the singer’s romantic relationship to a religious experience with a sharp critique of the Catholic Church’s dogma. Catchy and rhythmic, the song is a perfect celebration of sexuality.

Released this year, “I had gay sex with god” is a narrative tale of precisely what the title suggests. The track of the 19-year old’s debut EP can be played on repeat the whole summer without tiring the premise or the easy vocals. Less of a celebration than other songs on the list, it provides a compelling illusion for an unhealthy relationship.

The English musician’s ‘92 single is a ballad about the dissolving of a relationship and the failing efforts to patch it back together through an Adam/Eve metaphor. Perfect for a breezy day at the park.

With vocals by Chance the Rapper, this song is full of summer and the joy of falling in love, combined with the ecstasy of gospel music. “Take and eat my body like it’s holy” will always be one of the most singable verses I’ve heard.

The 1975 came out with a song perfect for watching a summer thunderstorm begin to roll in. Especially if that is accompanied by a new unrequited summer love.

Like the classic soul music of the past, Bridges is exceptionally talented at letting emotion flow through his music without surrendering charm. The gospel influences are obvious and beautiful.

And lastly, Britney. It’s not the most nuanced lyrical collision of religion and sex. But, I think we can all agree to let it slide because it’s Britney, bitch. And she was going to Catholic school in the video, so it’s religious... at least for me, it is.