Details
BY Sydney Jackson
IN Music
Published: 21 May 2021 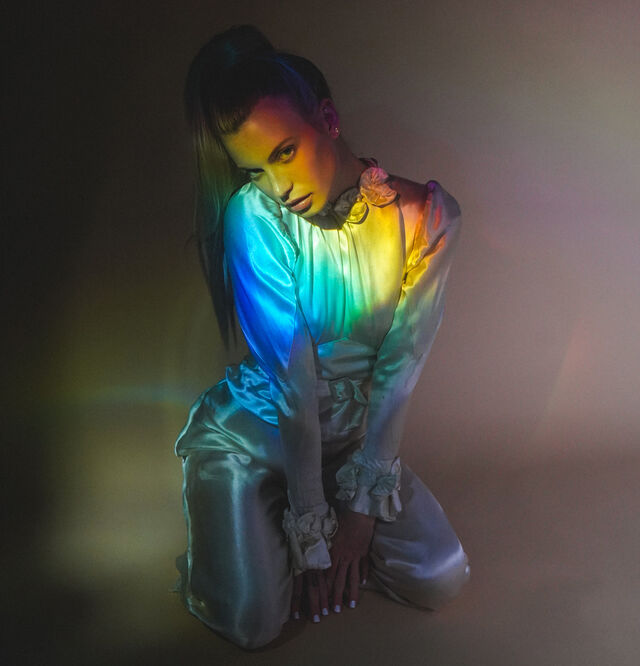 Multifaceted singer-songwriter Anabel Englund comes out with the deluxe of her debut album, Messing With Magic. The 15-track project, which includes five new songs, comes after the initial release of the 2020 debut of the same title. Featuring hits such as “So Hot” and “Picture Us”, which debuted at No.1 on the Dance and Dance/Mix Show Airplay charts, Englund’s extensive talent shines on her newest release. I had the pleasure of getting to know Englund as we discussed the making of the album, her background in house music, and how she approaches songwriting.

Tell me about your introduction to the music scene?

I had a little indie band and we would make music; my friend decided to film us for a music video. That turned into him filming me singing acapella. From there we posted it onto YouTube, [and] I got an email from the head of music from ABC Family, which is now Freeform, saying “I would love for you to come in and play some music”. So I went in with my guitar and started playing her some songs. From there they offered me a deal to write and sing on five songs for the network, so it was kind of spontaneous.

At the same time, I was falling madly in love with the house music scene; I had just finished high school and was taking classes at Santa Monica College; then I was doing the ABC Family thing. [At the same time] I wanted to rebel and loved using my fake ID to get into clubs in Hollywood and listen to the house music and meet the DJs. It all just happened from there.

What was the process behind making your album, Messing With Magic?

I just made songs and each one became more important to me, and through doing that I created this body of work. I met with one of the girls who does most of my photography and photoshoots, and she helped me with the shoot and creative direction for the [album] cover. Once we had the imagery, it was to put it [together] with the music. I’ve had so much fun with this album and it’s had so much success for being my first one. I have worked with some great collaborators; I have all of my friends, sort of like an ode to house music. I have MK, Jamie Jones, Lee Foss...it’s been a labor of love.

What is your approach when it comes to creating in general? Do you go in already knowing what you want or do you leave it up to chance?

Sometimes I have a vision, but a lot of the time, even when I go in with an idea, the song usually comes out completely different. A lot of the time if you go into a session saying “we’re going to write a hit today”—which is the worst and you should never say something like that in a session—then you are not going to write a hit. I found that you don’t know what mood everyone is going to be in when you meet up. Sometimes you just have to read the room [and] check in with everyone. A lot of the time I will ask what the producer is going through or get into the head of the co-writer. I like to write about other people’s lives and make a “what-if” scenario in my music because I feel that is a way that I connect with others.

I found that it’s better to go in with a blank slate and not even think about it. I don’t go into a session thinking, “Oh, what am I going to write about today? I hope the producer likes what I have to say.” We just get to know each other; a lot of the time, I’m working with a producer that I have never met before. So yeah, it’s different every time.

Do you feel as if writing for yourself or writing about other people is more interesting to you?

I think it’s easier to say that I like to write about other people. It’s not until I have finished the song and I’m listening to it back months later where I have almost had tears in my eyes because I resonate with it so much. It’s definitely a healing experience.

What about the house music scene are you so attracted to?

I think it’s changed, but when I was just getting into the scene, I loved that people could be in a dark room with beautiful lights, listen to this sexy music, and be there all night dancing till the sunrise. I was so amazed by it. I used to throw parties in high school, but this was completely different, like another world that I was being introduced to. There was something that drew me in, and it was nice to put my head down, close my eyes, and dance all night—just to be introduced to something new that’s like a little bad but also good and attractive.

I think the things that are important to me are the Earth and people, and I feel like girls need a lot more help and love growing up. I wish I could hug and hold every girl who’s struggling with something or going through something. I want to tell them that everything’s going to be ok. I also care so much about the LGBTQ community and growing up in that way, I just want to help kids who are growing up and who don’t have the support. That is what our future is going to be, and they deserve a chance to thrive, be loved, and grow in this world. So many of us are so jaded. I just want to be remembered for loving people.