Details
BY Stamatina Copulos
IN Music
Published: 04 May 2021 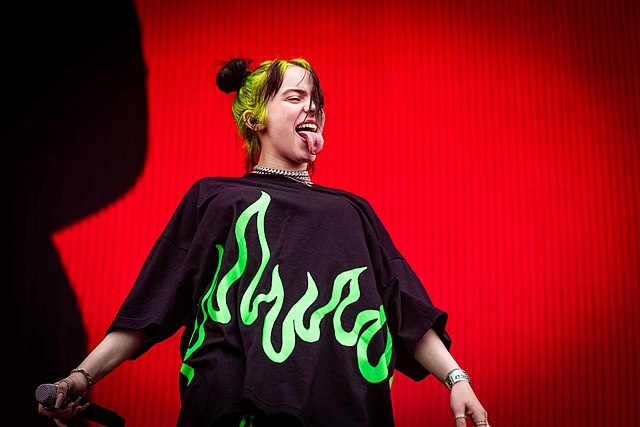 Billie Eilish swept the world off its feet with her single “Ocean Eyes” when she was just 13 years old; five years later, she will be hosting the 2021 Met Gala. Her fans have grown up with her and her ever-developing style, keeping her a household name that tugs on every member of Gen-Z’s heart.

The Met Gala’s lineup of young superstars hosting this year’s ultimate tribute to fashion are Eilish, actor Timothee Chalamet, poet Amanda Gorman, and tennis player Naomi Osaka. Each are under the age of 30 and are already legends in their respective fields.

The youngest of the four icons, Eilish, makes a new mark in the fashion world each time she comes out with a new album. Her public journey started with her rap-couture phase while her music was still coming out on SoundCloud, then her era of regular collaboration with Alessandro Michele’s Gucci following the release of her debut album, When We All Fall Asleep, Where Do We Go. The newest chapter dawned with her revealing British Vogue cover and a new hairstyle.

The cover has shock value. The world was used to seeing the teenage popstar draped in boxy clothing leaving her physical silhouette completely to the imagination. Eilish has attributed the concealment of her body to many things including her personal insecurities and a desire to keep body shamers from having an opinion on how she looks.

In her photoshoot with British Vogue, Eilish drew inspiration from Betty Brosmer, Horst P. Horst, and Elmer Batters to create a new era of Billie, the butterscotch-blonde pin-up doll who loves stockings. The cover photo shows the singer, styled by British Vogue style director Dena Giannini, in a rose corset and dusty pink skirt by Gucci and beige latex gloves by Atsuko Kudo. It’s the most skin we’ve ever seen from her. 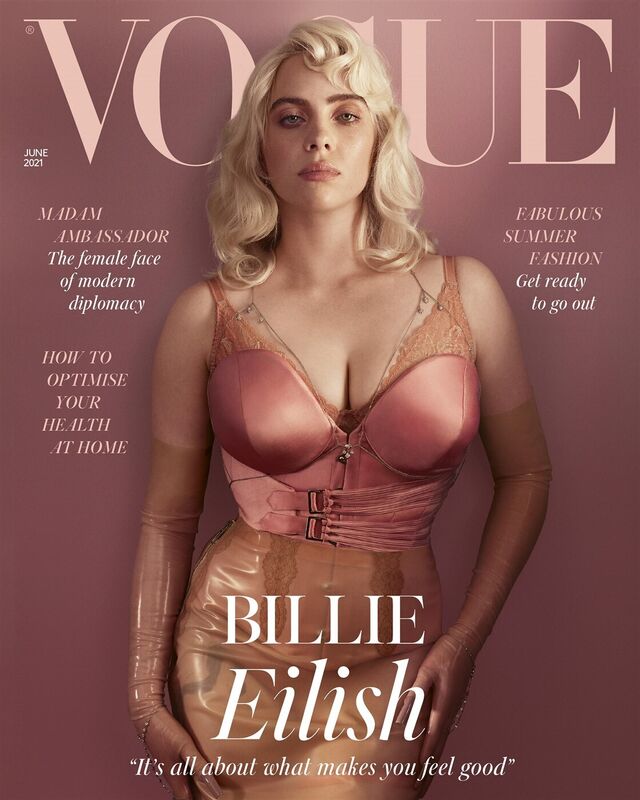 At 19, Billie Eilish is the youngest winner of the Grammy for the Album of the Year; this award is only one of her seven Grammys. The concealment of her body and her work outside a label has allowed her to grow as a young girl and an artist at her own pace, letting her fans see as much of her as she wants.

Her songs resonate with audiences that range in age, unlike the works of many young pop artists. She covers every topic from body insecurity, climate change, and, most recently, abuse in her new single “Your Power.” Elton John told British Vogue, “I don’t think there’s ever been such a young pop artist to write songs that are so personal.”

Her interview with British Vogue is so important because it dismantles any myths of hypocrisy before they can ever start. Her sharp wardrobe change from mostly sweatpants to lingerie is not a celebration of her being an adult and deciding now is the time for her to show off her body. She put together this shoot and these outfits because she could, and that’s the point.

Laura Snapes, author of the cover story, writes, “Eilish predicts one side of the response to the shoot: ‘If you’re about body positivity, why would you wear a corset? Why wouldn’t you show your actual body?’ She raises her eyebrows. ‘My thing is that I can do whatever I want.’”

Tags: Billie Eilish , British Vogue , Elton John
Support Feminist Media!
During these troubling political times, independent feminist media is more vital than ever. If our bold, uncensored reporting on women’s issues is important to you, please consider making a donation of $5, $25, $50, or whatever you can afford, to protect and sustain BUST.com.
Thanks so much—we can’t spell BUST without U.