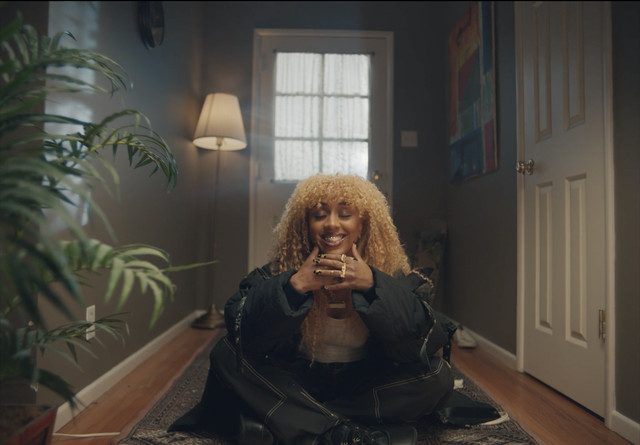 Whether you recognize her from her breathtaking audition from season 15 of The Voice, or her viral TikTok hit, “Deep End”, Fousheè is more than just a talented singer, she’s a multifaceted visionary and a master with the guitar. Recently, she was hand-picked by guitar brand Fender to join the 2021 class of Fender Next. Known for its influence on providing artists a space to grow their exposure, Fender has currently reached 10 million fans worldwide through its outreach of video content, ads, and social media. I had the pleasure of speaking with Fousheè about joining Fender Next, her newest single “gold fronts”, and more.

First off, I wanted to congratulate you on being a part of Fender’s Next 2021 class. How does it feel?

Pretty cool. I have been playing Fender guitars for a while now. It’s cool that I have that support [behind me], it’s like a trusted community. I want to try to do many cool things together.

Speaking of your relationship with guitars, what about them are you so drawn to?

I think it’s very versatile; you can play any genre or song on the guitar. Also, it looks really cool when you wear it, and it feels powerful.

I wanted to ask you about “gold fronts” and tell you that I really liked the use of guitar on that track, as I thought it was really pretty. When it comes to writing, do the lyrics come first or the melody? Also, what was the inspiration behind that track?

I think the melody. I usually start with an instrument or keys, and I’ll think of a melody and then write lyrics to that. Unless I come into it knowing that I want to talk about something specific and I know where I want to take the lyrics, but melody comes very quickly to me.

[“Gold Fronts”] was about me and my community and how we dealt with being in quarantine in just that year, in addition, still fighting this race war. It’s about being exhausted and feeling defeated, but nonetheless, they can’t take our dignity; “gold fronts” is representative of that. It’s both metaphorical and literal, because when I put on my gold, it feels good.

It’s something that you take pride in and a lot of different communities in America, all the Black communities, have their own way, [whether] it’s grills or something. It’s representative of that culture.

What approach do you take when it comes to the visuals for your songs? Is it different for each one?

I think the visual happens instinctively. Usually, when I am writing the song, I see how it feels visually, physically, and audibly. I always have a visual image in my head as I listen to the song back.

For [“gold fronts”], those were the things that I wanted to portray. With that time frame, what it felt like and looked like, just me and my friends, I originally planned to have it [filmed] indoors, but we had an outdoor gathering of us congregating. With [Lil Wayne], we have an interesting dynamic. It was like opposite ends of the spectrum, that met in the middle. I’m so low and well-spoken, [while] he is so powerful and energetic. It was cool to meet together on a mellow track and visuals. I think it showed that there was a fun, playful dynamic between us. Kind of like Harlequin and Joker.

You mentioned working with Lil Wayne for the song, I wanted to know a little more about how that came about.

We connected organically online. [Wayne] says that he’s not online searching for artists, so, in the studio, he has a skate park and two TVs. One of the TVs is [for] watching videos and the other is on ESPN. He’s like, “whoever I find on the video channel that I connect with, I find out about that artist”, so he doesn’t go searching for [anyone]. The stars just kind of aligned and he saw the video on there, found me, and reached out.

I had the idea to work together and he was just really cool, and humble. He sat and told us stories and made us feel at home. It’s always scary meeting the people that you look up to as you don’t know how they really are, and it was just cool and refreshing to see that from him.

If you were to describe that you want to go in musically in just one word or phrase, what would it be?

Probably alt. I want to take up space in the alt world and speak from the same perspective as someone who is a fan of soul, r&b, and hip-hop, and just seeing how that would sound. Also, bring back Woodstock and bring back [real] songwriting.

You can check out Fousheè and the rest of her music, here.

Tags: Fousheè , Fender Next , gold fronts , The Voice , TikTok , Deep End
Support Feminist Media!
During these troubling political times, independent feminist media is more vital than ever. If our bold, uncensored reporting on women’s issues is important to you, please consider making a donation of $5, $25, $50, or whatever you can afford, to protect and sustain BUST.com.
Thanks so much—we can’t spell BUST without U.