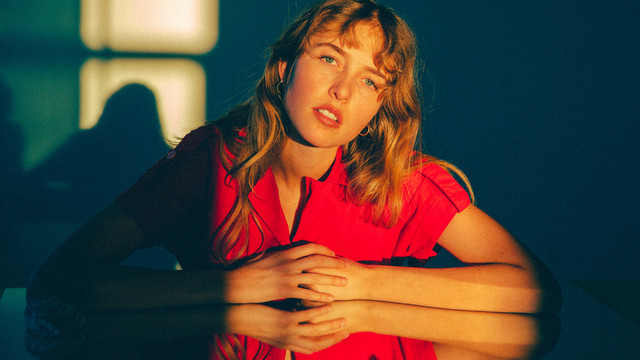 Ora the Molecule, a “multinational avant-garde pop” group within the alt-pop space, is here to make a statement and bend the rules around what it means to be creative. The band's newest album, Human Safari, is set to debut on July 23rd and will include tracks such as the overtly sweet song about greed, "Sugar," and their single, a celebration for the all-powerful being that resides in all of us, "Creator."

I had the pleasure of talking to the band's frontwoman, Nora Schjelderup, and I asked her about her creative process when it comes to making music. Our discussion helped me understand a little bit more about what makes her so special.

First off, thank you for noticing the storytelling in the videos, because it could also be looked upon differently and seem incoherent. There are so many themes going on in the videos, and that’s because each is connected with the song and what it’s about. The songs are very different; they’re always a stream of consciousness. I know you’d say that’s a positive trait, but from what I understand, it’s more of a disadvantage in the industry because it makes us difficult to categorize.

We had different directors and they’re good friends of mine. Also, [having] no budget has helped because it’s never a big production. It’s very integrated and spontaneous, so we come up with things pretty much on the spot. I also have to give credit to the Nüesch Sisters. They’re from Switzerland and they’re good friends of mine. They did an amazing job with [“A Piece of Heaven”]; they came to visit and stayed in our house for a week and just shot the whole thing. We used our friends that we had over for dinner and dressed them up and had them pose as characters from the Romantic era. We were looking at that as a piece of heaven and tried to put that into Instagram accounts—like the way we look at Instagram today and envy other people’s lives.

How would you define your overall style and sound?

Playful. I think it would be in the realms of pop because it’s quite melodic. We’ve been described as electric, but it’s difficult for me to put a sound on it, because I think it’s quite different. We have one song, “Salé,” that’s almost like house music. The overall theme would be indie-pop, maybe, but always quite playful. I hope that comes through in the way the music is received.

I try to avoid being defined within one genre because it gets a little boring. For me, the whole point of making music is to experiment with what type of sound you’re able to create. There have been different collaborators on all of the music videos and there’s always a touch from other great participants. 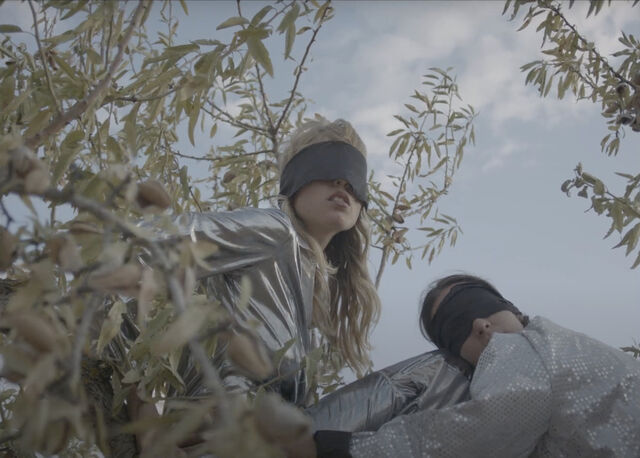 What is your favorite part of what you do?

Collaborating, for sure, but in a playful way. I feel like it’s almost a thing you do naturally, like when you’re a kid. That sense of joy, I find very much in the music process. Making most of the videos, coming up with ideas, and [being able to] hear other people’s opinions. There hasn’t been a lot of label money putting pressure on the creative process. It allows for experimentation, so that’s been the most fun.

Do you have a favorite person to collaborated with?

Oh, Tanmay Chowdry, he’s an Indian director and he’s made the most videos. He has a production company with his sister and they are based in Calcutta in India. He’s just a joy to be around and is so spontaneous and happy and optimistic. You don’t even feel like you’re working. Those types of people for sure are the ones that [I like to work with].

What has been the biggest lesson that you have learned so far in your career?

Find a good team of people who you work well with, and of course, there’s no end goal. You want to make more music and get exposure, but the most important [part] is the process. It’s sort of a cliche to say that, but it’s never gonna end. As long as you’re alive, you’re always gonna have new things that you are doing and if you’re always looking at the future for relief, you’re going to be frustrated.

I had this realization—we were touring back in 2018 and it was September. We were opening for Young the Giant and we were playing these big venues. It was a dream come true, but in that moment, I was stressed because it was big shows and I felt like nothing went right. I had little sleep and still had to stay present and in the moment, because it goes fast. You set a goal and then you don’t even realize that you are doing it. In a way, nothing will ever be better than the present moment.

If you were to leave a legacy behind, how would you want to be remembered?

As someone unifying. [Someone] who helped create a safe place for other people to be themselves and feel loved unconditionally. That’s the ultimate goal; to help participate in building safe communities. I'm trying to make musical analogies that express the things people may not be discussing openly.

You can check out their newest video for “Die To Be a Butterfly” below.

Alexis Nikole Nelson aka @BlackForager Inspires Us To Get Outside and “Cultivate Gratitude for Where You Live".