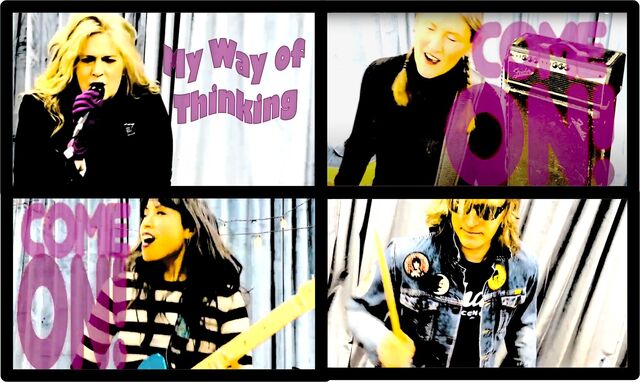 When COVID-19 hit the U.S. last spring, artists who had already been spread thin had to ask whether music could still hold a real place in their lives (after all, you need your day job to do your passion project). Sadly, some musicians stopped making a racket entirely. Not the hardworking gals from Beebe Gallini! Case in point: the group's new single and video, “My Way of Thinking,” a cover of the Donna Weiss tune originally performed by Randy and the Radiants. If this won't warm your heart and get your snow boot tapping, I don't know what will.

The retro-rock band's booty-shaking LP Pandemos, out March 19 on Rum Bar Records, is a shining example of gal-powered gumption in action. A virtual album release is slated for March 21 from 5-7pm PDT on Facebook.

2020 handed Beebe Gallini a tsunami of lemons, but these ladies made one hell of a lemon drop martini with the surplus. The high energy group—featuring Miss Georgia Peach (lead vocals and rhythm guitar), Amy Larson Pearson (bass and backing vocals), Monet Wong (lead guitar and backing vocals) and Travis Ramin (drums)—have proven that you can make a whole lot of noise, even as the world screeches to a halt.

Composed of tunes intended to be demos for a new album, the songs were instead mixed and mastered for release when studio recording became impossible.

“We were all looking at things with new eyes and listening with new ears, seeing and hearing differently in a slowed down world,” said Miss Georgia Peach, adding that the release date intentionally coincides with the grim one-year anniversary of the day the U.S. declared a pandemic. “Art and music sustains us in times of trouble, and the work of creating and working together with the artists and record label to put this out has been of untold value. Despite not being able to play shows or tour, we have made new connections with other bands, musicians and radio stations worldwide, with a promise to do it all in person when it's safe again.”

Until that lovely day, Beebe Gallini has done what a lot of bands have had to (that is, work with what they've got and give back when they can). All the artwork and videos for Pandemos were conceived, created, shot and edited by local women collaborators—and that's by design. When possible, the band bartered services with area creatives.

“The photos were shot within a mile of where three of us live, where the George Floyd uprising was felt along University Avenue and many windows are still boarded up. We live between there and the Governor's mansion, where protests have been held constantly,” Peach said.

This, of course, is another emotionally charged reminder of what we all have weathered this year. In keeping with the theme of the day, the band's videos feature casual cameos of family members and pets—basically with the “stars” of their daily lives while stuck at home during quarantine. I think we can all relate to this vibe.

Look (and listen) closely, and you'll note the joy that emanates from the new video, which represents the first time in a year the band got the chance to play together in one room. Shot in a quick and dirty fashion, the women filmed with iPhones in an open warehouse that doubles as their practice space.

“We used what gear was there, trading instruments and generally having the best time ever,” Peach said. “Even if it was just lip syncing to a track!” 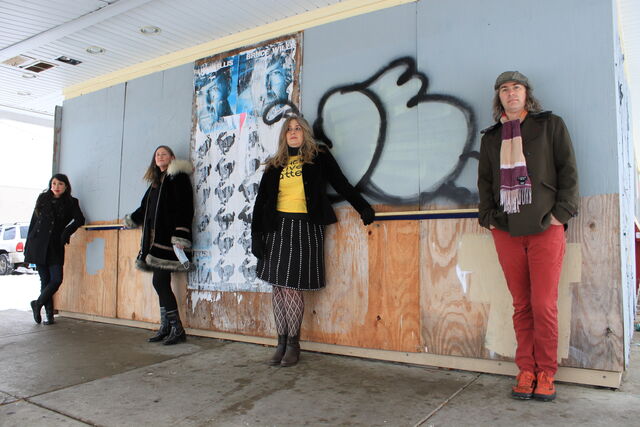