Five Women Who Shaped Motown Soul: Not Just Pretty Faces, but the Heart of Hitsville U.S.A. 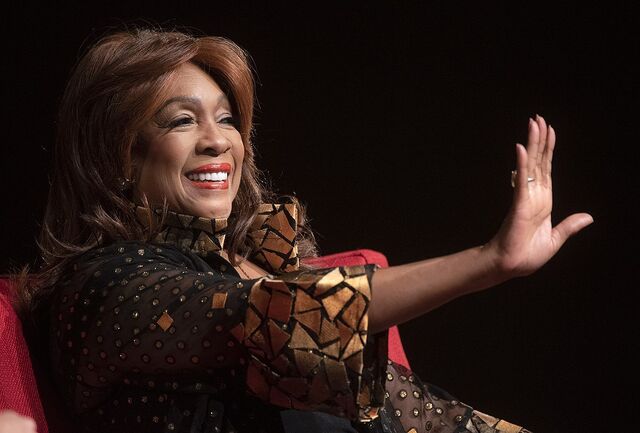 When Mary Wilson, founding member of The Supremes, died suddenly on Monday, February 9, 2021, we lost a true legend. Her longtime friend and publicist Jay Schwartz released a statement deeming Wilson “a trendsetter who broke down social, racial, and gender barriers.” Motown Records founder Berry Gordy remembered her as “a trailblazer [and] a diva.” In addition to her multi-decade solo career, Wilson’s name is immortalized in the legacy of The Supremes and Motown Records. Wilson co-founded The Supremes as The Primettes in 1959 along with Diana Ross and Florence Ballard. By the mid-1960s, the trio “rivaled even the Beatles in terms of red-hot commercial appeal,” according to AllMusic.

In addition to iconic groups The Supremes and Martha Reeves and the Vandellas, Motown is celebrated for launching the careers of soul legends like Marvin Gaye, Smokey Robinson, and Stevie Wonder. But these household names benefitted, creatively and financially, from the hard work and talents of the women of Motown, many of whom did not receive the recognition, promotion, or profits their male counterparts did. The following list includes women who have written, recorded, and otherwise contributed to some of the most significant songs in Motown history, but not been given the credit they deserved.

Though Tammi Terrell made up half of a winning soul duo with Marvin Gaye, she never got the chance to see the stratospheric level of solo success that he did. After rising to fame during her teenage years as a member of James Brown’s Revue, Terrell signed with Motown in 1965. Over the next two years, she recorded a small handful of successful solo singles, including an early version of Stevie Wonder’s “All I Do (Is Think About You).” In 1967, Motown hired Terrell to sing duets with Gaye, and the duo went on to record seven Top-40 singles together, including the smash hit “Ain’t No Mountain High Enough.” The same year, Terrell collapsed while she was onstage with Gaye, and was ultimately diagnosed with brain cancer. After eight unsuccessful surgeries, she died in 1970, a month shy of her 25th birthday.

In addition to writing and recording her dreamlike solo work, Syreeta Wright played a significant role in shaping the music of some of the key figures of the Motown scene. Like Diana Ross and Martha Reeves before her, Wright originally got involved with Motown Records in Detroit as a secretary. Before long, she was enlisted to contribute handclaps and backing vocals for The Supremes and Martha Reeves and the Vandellas; Berry Gordy even considered Wright as Ross’ replacement when the latter left the Supremes.

Following her marriage to Stevie Wonder in 1970, Wright co-wrote and co-arranged songs for his 1971 album Where I’m Coming From and 1972’s Music of My Mind, both of which experimented with a more socially conscious flavor than Wonder’s prior albums. The pair divorced in 1972, but remained close friends and creative collaborators for the following decades. On the heels of the divorce, Wonder made his breakthrough as an artist and Wright recorded her first solo album. Beyond Motown, Wright taught Transcendental Meditation — which is said to have inspired Wonder’s more mystical music — and starred as Mary Magdalene in the Broadway rock opera Jesus Christ Superstar in the mid-1990s. She died in 2004 after a battle with breast cancer.

Brenda Holloway notably co-wrote and originally recorded the soul hit “You’ve Made Me So Very Happy” when she was just 21 years old. According to Kimasi L. Browne’s Brenda Holloway: Los Angeles' Contribution to Motown, Diana Ross even studied Holloway’s tapes while The Supremes were shaping their style and sound. Disillusioned by Motown’s management and her lack of creative freedom, Holloway left the label after just four years, in 1968, at the age of 22.

In 1969, around the time “You’ve Made Me So Very Happy” was recorded and popularized by the jazz-rock group Blood, Sweat & Tears, Holloway sued Motown boss Berry Gordy for royalties and won the case. Over the next few decades, Holloway worked as a session musician, married a preacher, and released an unsuccessful gospel album. She remained mostly retired until the 1990s, when there was a major resurgence in interest in her music during England’s Northern Soul period. She continues to record and tour, and she released her most recent single in 2018.

Valerie Simpson is best known as one half of the husband-and-wife duo Ashford & Simpson. The duo wrote several successful songs, including the 5th Dimension’s “California Soul,” Ray Charles’ “Let’s Go Get Stoned,” and Aretha Franklin’s “Cry Like A Baby.” Once they signed to Motown Records in 1966, Ashford & Simpson penned such iconic hits as Tammi Terrell and Marvin Gaye’s “Ain’t No Mountain High Enough” and Chaka Khan’s anthem “I’m Every Woman.” Simpson also recorded two successful albums under the Motown label as a solo artist, including 1972’s Valerie Simpson. The self-titled LP featured the single “Silly, Wasn’t I?” (which 50 Cent later sampled for his 2005 track “Best Friend”). Simpson released her most recent solo album, Dinosaurs Are Coming Back Again, in 2012, and received an honorary doctorate from the Berklee College of Music in 2014.

Known as the “Queen of Motown,” Detroit-born singer Mary Wells helped define the Motown sound in its formative years. Prior to her breakthrough, Wells lived in poverty in Black Bottom, Detroit, suffered from childhood meningitis and tuberculosis, and worked alongside her mother as a cleaner from the age of 12. Berry Gordy signed Wells to Motown Records after she boldly approached him at a club when she was 17. She went on to open for the Beatles and to sing a slew of songs that were written and produced by Smokey Robinson, including her signature 1962 hit “My Guy.”

Wells left Motown at the peak of her success in 1964 with dreams of advancing her career beyond the confines of her contract. Though she continued to record under other record labels, she never had another Top 30 hit. In the early ‘90s, she was diagnosed with laryngeal cancer, but she had no health insurance, and the treatment obliterated her finances and vocal abilities. In 1991, she testified in a whisper before a Congressional Committee for cancer research funding.

“Ms. Wells was part of the charge of black music onto the radio waves and record shelves of white America, helping break down the musical segregation of the time,” The New York Times reported upon her death in 1992. “Teen-agers from all walks of life snapped their fingers to her universal tales of love lost and found.”

The contemporary perception of soul music tends to lean on the chivalrous crooning of gentlemen like The Temptations and the progressive, spiritual sounds and values of Marvin Gaye and Stevie Wonder. But behind the scenes at Hitsville U.S.A., some of Motown Records’ most influential women were seen as mere songbirds. It’s worth remembering that the likes of Terrell, Wright, Holloway, Simpson, and Wells not only sang and wrote some of the finest tunes of their time in their own right, but also that they contributed to the careers of artists ranging from Gaye and Wonder to Blood, Sweat, & Tears and 50 Cent. In their work toward shaping the sweet sounds of the ‘60s, ‘70s, and beyond, the women of Motown are at the heart of soul.

Genya Ravan's "I Who Have Nothing" Melds Gold, Gravel, And Guts