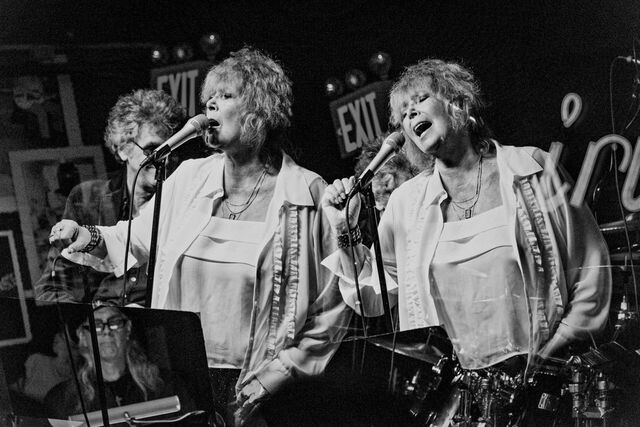 Voice is a mysterious thing. Was iconic singer/producer Genya Ravan born with that impossibly rich, heart-wrenching tone, or did she somehow inherit it along the way, picking up flecks of gold and gravel through decades of towering highs and devastating lows? One spin of her new single “I Who Have Nothing,” tells it all—and after nearly fifty years in the tumultuous music biz, there's a lot to tell. The track is included on a 7” split record featuring The Shang Hi Los, out February 19 (and available for pre-order now) on Rum Bar Records.

Featuring monster guitarist Nile Rodgers (a fave collaborator of Diana Ross, Madonna and the late David Bowie, among others), the classic soul cover offers up more than an homage to Ravan's favorite genre: it somehow reveals fresh layers to her expressive, mesmerizing voice.

Before the singer would go on to perform Carnegie Hall or Madison Square Garden; before her music was sampled by Jay Z; before she toured with the Rolling Stones; before she produced Ronnie Spector or punk legends The Dead Boys during the frenetic CBGB days—and way before she made history as one of the first women to truly “make it” in the boy's club of rock music—she was a refugee, unsure of her place in the world.

Born in Poland as Genyusha Zelkovicz and later nicknamed “Goldie,” Ravan escaped the Nazi occupation with a fragment of her family: her parents and sister. Like so many folks seeking a new life during this horrific time, the family found refuge among the bustling, gritty streets of New York City's Lower East Side.

“I was listening to the radio before I could speak English. My ears were like sponges,” Ravan said during an exclusive interview with BUST. “But what was I attracted to? It was the doo-wop and soul music. Not what I call 'the white shit.'”

A family friend who worked at the family restaurant, a.k.a. “Uncle Louie,” brought Goldie further into the seductive world of rhythm and blues and soul. “Uncle Louie bought me my first radio and my first record, LaVern Baker. I don't know where he is now, but I think he would have been terribly proud of me,” Ravan said.

Ravan's story reads like a page torn from the American Dream playbook. No ma'am, it wasn't a talent scout that discovered little Goldie's singular vocal abilities: echoing a theme that would repeat throughout her career, she found a way to do it herself.

A fateful day in 1962 at Brooklyn's The Lolipop Lounge Bar revealed Ravan's bellowing voice—big, bold, and full of moxie. Later, the artist recounted the surreal experience, saying she grabbed the microphone and surprised even herself with what came out. She knew her voice was something special, but how far would she get in a man's world? If Ravan had anything to say about it, all the way.

Popular group The Escorts were eager to have the young talent, and with that, Ravan accepted her first role in the music industry (little did she know how long that ride would last). After signing to Coral Records and being produced by Henry Jerome, she found success with a cover of “Somewhere” from West Side Story, which went to number one in parts of the Midwest.

Just one year later, in 1963, Ravan re-wrote her own narrative again, forming Goldie and The Gingerbreads, the first all-women rock band to be signed to a major label (yes, this is a very huge deal, so let's pause for dramatic effect here). Also, can we please note that Goldie and the Gingerbreads (nor the Go-Go’s for that matter) have yet been inducted into the Rock ‘n’ Roll Hall of Fame?

“We started out working bowling alleys,” Ravan said with a chuckle. “You could hear me in between the strikes! It was like six shows a night with 20-minute breaks in between. When you sing so often like that, you can’t afford to go hoarse.”

Ravan held on to her voice for dear life on a staggering climb to the top. It's hard to convey what a mark the Gingerbreads made on the music industry. Whereas most all-women bands of the ’60s were ignored by the big record labels and governed by a gimmick, the quartet—composed of drummer Ginger Bianco, organist Margo Lewis, guitarist Carol MacDonald, and singer/frontwoman Ravan—were among the first to break into the male-dominated scene.

“We were unique. I mean, parents were making their little girls play piano or violin. Little girls weren't asking their mas for a Ludwig drum set,” Ravan said. “It was hard enough finding women for a band in the 1960s. When I found Ginger [Bianco], that was the straw that broke the camel's back.”

After seeing the band at a party for the Rolling Stones, Atlantic Records Chairman Ahmet Ertegün signed the group to Atlantic subsidiary Atco Records, and the rest? Well, it’s sex, drugs, and rock and roll—after all, the Gingerbreads were touring with the likes of the Stones, the Beatles, the Animals, and the Kinks! 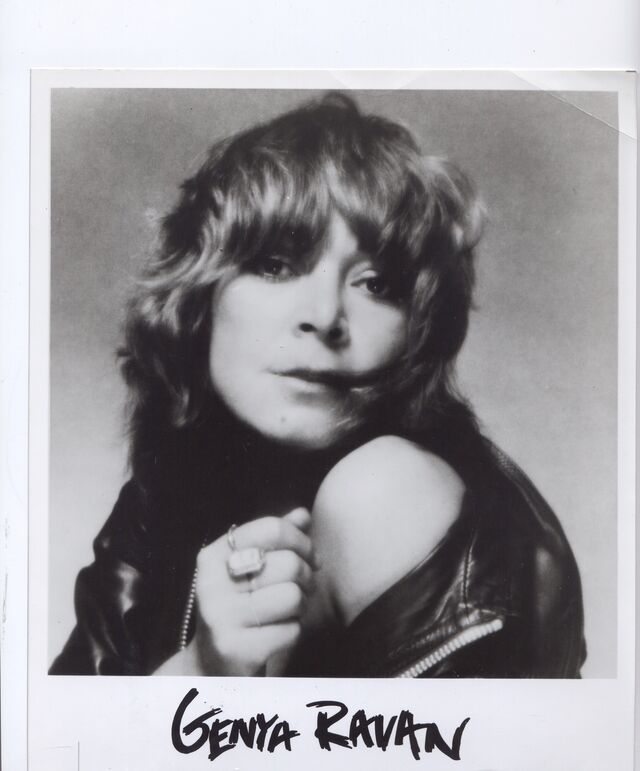 I asked Ravan about performing during a time in history when women were encouraged to shake their hips, not sell seats.

“The most respect from our audiences? That was always right after we played,” she said. “We really made a name for ourselves as a great band, not just 'great for women.' We owned Manhattan.”

The band lasted three years and birthed three uniquely eclectic records beloved by audiophiles and record store nerds alike (you might even recognize a snippet of the band's tune “Ain't Gonna Happen” in Jay Z's “1-900-Hustler”).

As the story goes, Ravan caused quite a stir at their first concert appearance in 1969. Aside from the trippy musical performance and her ripping vocals, Ravan performed half-naked with painted breasts. Sure, today no one would bat an eyelash—but we can all agree that our girl was way ahead of her time. Eat your heart out, (insert literally any modern pop star here)! Although fans of Ten Wheel Drive were loyal, the group never truly took flight.

Still, Ravan pushed forward, leaving the band in 1971 and signing to Columbia Records. She honed her sound with a 1972 solo album, simply titled Genya Ravan, one of five compelling solo albums that would go on to color the 1970s. Showcasing her special blend of soul, spice, and larger-than-life attitude, Ravan's 1978 hit “Urban Desire” is required listening. The record was made on her own terms, with her own creative control.

If all this sounds like a lot of work—to say nothing of Ravan's producing roles, incredible national and international tours, and open struggles with addiction—you'd be dead right. Just flip through the artist's gripping memoir, named Lollipop Lounge in homage to the place where her voice took root. You'll see a clearer portrait.

Is it any wonder that Ravan's life was also the subject of an off-Broadway musical?

Although the artist admits she “doesn't care to work too hard” these days, Ravan is still doing her thing: not just putting out soul-shattering music, but also DJing twice a month on Little Steven's Underground Garage (catch her Fridays on Sirius XM Channel 21). Her show “Chicks and Broads” spins the best of girl group and female-fronted sounds, and “Goldie's Garage” showcases killer unsigned bands hand-picked by Ravan herself. This way, she can give back to women who continue to make noise in an industry that is being ruled less and less by dudes and bros.

Most importantly, Ravan is continuing to tend to the most crucial relationship she's probably ever had: the one with her own voice—her own soul. There's always more to explore.

“'Soul music' is exactly what it says it means,” Ravan said. “There's something a little painful in it and it's got passion, pain, tears, dance. It just has everything.”