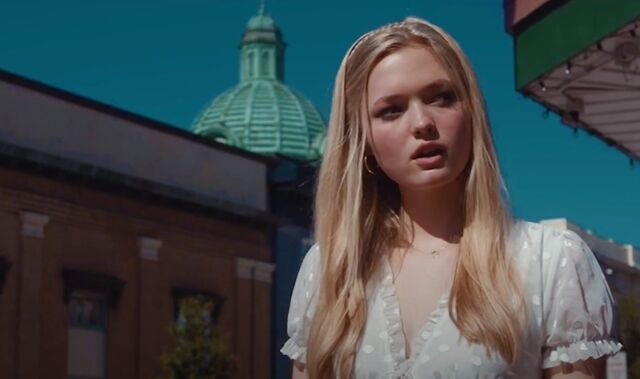 Just over two years ago, I wrote a piece for BUST about five female artists who should be on your radar. Being that there are more talented women in music than ever these days, I decided to do it again.

The five women I’ve chosen this time around are a talented and very diverse group, to say the least. Their genres, ages, races, and sexual orientations are all over the map. Some are brand new and some have been around for quite awhile. What they have in common is new music and the fact that none of them is a household name. With any luck, that won’t be the case for long.

It’s not every day that an artist takes 16 years to release her sophomore album! But that’s what happened with Erin Moran, who records under the moniker A Girl Called Eddy. The good news is that Been Around, which arrived in 2020, was worth the wait.

Like her self-titled debut, this album is rife with reflective lyrics and jazz-pop settings. When I ask her what happened during the decade and a half that she was MIA, Moran replies, “Life, I guess! And the ‘four D's’ — death, disease, divorce [and] depression.  I lost my dad and quite a few friends, battled with thyroid disease, left the UK to come back to NYC, went back to university to study politics [and] history. All the while I was writing songs, mind you — it just took awhile to form the concept of what I wanted to do.”

Highlights of Been Around include “Someone’s Gonna Break Your Heart” (an homage to Chrissie Hynde) and “Jody.” Of the latter song, Moran says, “Jody was one of the friends I lost. A total character. He worked with me at Greene Street Recording for a couple of years in the ’90s. We shared a love of old movies and we made each other laugh. When he suddenly died, I was the only name listed in the notebook they found next to him so they sent me his ashes. I sat there staring at this box containing my friend, and had no concept of how to deal with it other than to write a song about it. I wanted it to sound like NYC feels to me — maybe how I imagine the 70s to have felt — and bring a Steely Dan influence, as we were both huge fans.” Mission accomplished.

“Pandemic life has been so much fun,” the artist known as KILLBOY tells me from Los Angeles. “I caught COVID. I caught strep a couple of times. I’ve really been out here livin’ my best life!”

She’s been in southern California for three years now, but KILLBOY actually grew up in Texarkana, a small town near the Texas/Arkansas border. And she got into music at a young age. “I started making YouTube videos in high school and people fucking ragged on me,” she says. “[But] I started getting a following.” Indeed, she racked up millions of streams for songs like “WHEREDAFUCC,” “666,” and the unforgettably titled “THAT’S OK, I”LL JUST FUCK MYSELF.” She may be funny and self-deprecating — and she probably uses the word “fuck” more times in a sentence than you do in a year — but KILLBOY is also a serious artist who writes, produces and engineers all of her own music. She cites Avril Lavigne and Lana Del Rey as two of her biggest influences.

“[Lana] taught me to be super fucking honest — even if it’s not what everyone else is saying. Her shit cuts so deep because she sings the truth,” she explains. Asked about her latest single, “U + ME,” KILLBOY says, “I was dating this girl and she wouldn’t stop getting mad at me and and asking me where we were [in the relationship]. And I was like, ‘Yo, girl, can we just hang out?’ So basically, she blocked me, I got bored, went in there and made this song. [And] the idea behind the music video was like, we’re havin’ this great time together, me and this girl. We’re in this house in outer space. And then for no fucking reason, I just kick her off the edge of the house and into space and watch her plummet into oblivion.” (No drama here!)

With her pop-country sound and long blonde hair, Leah Belle Faser may remind you of a certain popular musician – and indeed, Taylor Swift has been an influence on the Georgia-based singer. “I love a song with an interesting story or twist,” she says. “Taylor has been a huge influence on me in that way.”

But Faser also loves older artists like Patsy Cline, Emmylou Harris and Nanci Griffith. Her songwriting chops belie her youth: she’s only 16 years old! Crossing Hermi’s Bridge, Faser’s debut EP, includes seven songs and is named for a steel truss bridge near her home. “The bridge is named after Hermione ‘Hermi’ Alexander, who was a civil rights and social justice activist before her death in 1983,” she explains. “The plaque on the bridge reads, ‘She built bridges across gulfs of prejudice and ignorance,’ and that is something I hope to do in my life — through music or in whatever way I can.”

Highlights include “The Lift” (which opens the EP) and the autobiographical “Back Home.” Of the latter song, Faser says, “‘There’s no place like home.’ Dorothy spoke the truth and, like the Wicked Witch, my crystal ball once held a vision that was pretty clear – me going off far away to live my glamorous adult life in the big city. [But] as I’ve gotten older, that vision has become more and more cloudy. I wrote ‘Back Home’ as I questioned whether that was more of someone else’s fantasy and less of the reality I want for my life. I do not know the answer yet. This song is about the wondering.”

Heavy metal is not a genre that has produced a lot of Black female frontwomen. So Cammie Gilbert — the lead singer for Oceans Of Slumber — is a bit of an anomaly. “When I first got into the band, it was a lot of having to convince people or explain how we worked and what we were gonna sound like before people would give us much of a chance,” she says.  “And I feel like I kinda came out of nowhere for a lot of people. I wasn’t in another band before I got into Oceans; [this] was my debut. [But] once people gave us a chance and we got some albums out there, people were fine and [they] relaxed. I think the majority of the metal community is incredibly accepting.”

The Texas-based band actually bills itself as “progressive doom metal.” For those who aren’t in the know (this writer included!), Gilbert explains, “‘Progressive’ means a lot of different styles and genres of metal. And the ‘doom’ element is the primary focus… It’s kind of slow, chugging, atmospheric elements. A lot of heavy guitar riffs. Content-wise, it’s funeral-esque. Really dark themes and stuff like that.”

Oceans Of Slumber’s new self-titled album is their fourth overall and their third to feature Gilbert. One stand-out is “I Mourn These Yellowed Leaves,” the record’s long, complex centerpiece. “The idea of fall [is] such a transition from summer to winter,” she says. “And seasonally, these same things kinda happen within our lives. [Drummer and songwriter] Dobber [Beverly] was kind of reflecting [on] how you get to a point where you have to let go of different friendships and what they mean to you. And he likened it to gathering leaves. You need to shed that dead weight, you need to clear those leaves, to make room for the growth that’s gonna come once the sun comes back. So ‘I Mourn These Yellowed Leaves’ is about letting go of those old relationships.”

Sasha Dobson has had a long and diverse career, both as a solo artist and as the secret weapon of the trio Puss N’ Boots. But her latest project is probably her most personal to date. In March, Dobson will unveil a jazz album called Girl Talk.

“It’s two originals and bunch of traditional jazz standards,” says the California-born, New York-based singer. “My bassist, Neal Miner, arranged it. And then I’ve got a bunch of special guests who contributed parts remotely, over the summer. Even my brother recorded vibraphones and sent them in, from San Francisco.”

Dobson grew up in a musical family. Her father, the late Smith Dobson, was a respected jazz musician who played with Bobby Hutcherson (among others), while her mother Gail is a vocalist. “My Mom was my first big jazz influence,” she says. “I idolized her style [and] her phrasing. I was [also] obsessed with Ella Fitzgerald and with Sarah Vaughn.”

Dobson recorded Girl Talk in early 2020. “I was just on a roll. Around the time that [Puss N’ Boots] made Sister, I had also gotten in the studio with Don [Was]. I was like, ‘I gotta make a jazz record. I can’t do these projects and not also do this.’ It was actually 10 days before lockdown!”  The video below, for “You’re the Death of Me,” features Miner, guitarist Peter Bernstein and drummer Dred Scott, all of whom appear on the new disc.