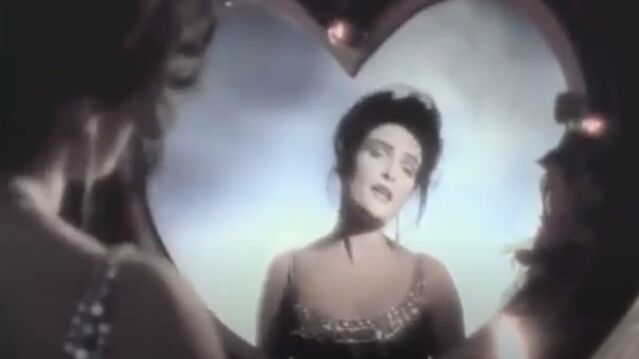 What Stevie Nicks is to rock fans, Siouxsie Sioux is to lovers of goth-rock.The lead singer-songwriter-sorceress Siouxsie Sioux has disclosed in interviews that she is not one for nostalgia, but I just can’t help feeling nostalgic for everything lately, especially the 30th anniversary of the song “Kiss Them For Me” by Siouxsie and the Banshees. Here is the hilariously dated music video that begins with the shot of someone popping open champagne in slo-mo.

Hearing it now, the song feels as vibrant as it did in 1991. Compared to the British band’s earlier songs, which land somewhere between underground punk and gothic new wave (goth-wave?), the rhythm of “Kiss Them” samples Philadelphia rapper Schooly D’s “P.S.K. – What Does it Mean.” That sample, along with the production of their tenth album, Superstition, made the song one of Siouxsie and the Banshees’ most popular tracks in the U.S. It didn’t hurt that the song was party-friendly, especially if the party in question included a dance floor. Fans may already know that Sioux wrote it as a tribute to Jayne Mansfield, the late actress and pin-up girl, who starred opposite Cary Grant in the 1957 film “Kiss Them for Me.” Mansfield died tragically in a car accident at the age 34. In the chorus, Siouxsie references her death:

In an interview after the song’s release, Sioux said, “I related to [Mansfield] in a very distinct way... it's sad. I mean, tragic. It's like people are taken by the allure of the glitter and not by the content.”

30 years later, her message about substance over spectacle survives.

I Dream of Dee Dee: Girl Crushing on The Dum Dum Girls' Frontwoman